Pneumococcus hijacks a host receptor to evade the immune response

The paper in Nature Microbiology is here: go.nature.com/2QBJg16

Streptococcus pneumoniae (the pneumococcus) is a Gram-positive commensal pathogen and the leading cause of lower respiratory infections and related mortality and morbidity globally. Normally pneumococci are silent colonizers of the human nasopharynx, but they can also cause life-threatening diseases such as pneumonia, septicemia and meningitis upon invasion of different organs. The pore-forming toxin, pneumolysin (PLY) is expressed by most disease-causing isolates and is a major virulence determinant.

Data from previous studies suggest that PLY is a pro-inflammatory mediator owing to its ability to form pores in host cells. But, what is the function of PLY at non-cytolytic doses? Are there cell-type specific responses to PLY? These were questions that we tried to answer in this project.

Dr. Karthik Subramanian, a senior postdoc in the lab of Prof. Birgitta Henriques-Normark along with a PhD student, Laura Spelmink, were investigating PLY-induced cytokine responses in different cell types. Unexpectedly, they found that PLY evoked a cell-death independent immunosuppressive response in dendritic cells (DCs) and in primary alveolar macrophages, but not in neutrophils. We hypothesized that there could be a host receptor for PLY that mediates immunosuppression in response to PLY.

We performed pull-down assays and mass-spectrometry and identified the proteins interacting with PLY. We identified the mannose receptor C type lectin 1 (MRC-1) to specifically interact with PLY in DCs. The mannose receptor, MRC-1 (CD206), is a M2 phenotype marker and a phagocytic receptor that is expressed by most tissue macrophages, including alveolar macrophages in the lungs. To confirm the PLY:MRC-1 interaction, we performed immunofluorescence microscopy and surface plasmon resonance in collaboration with Prof. Per-Åke Nygren at the Royal Institute of Technology in Stockholm.

So, does the pneumococcus utilize MRC-1 to go intracellular and escape killing? Interestingly, we found that PLY-expressing bacteria co-localized with MRC-1 but were not lysosome associated, in contrast to isogenic PLY mutants. This was abolished when the bacteria were opsonized prior to infection, indicating that in low opsonic environments like the upper and lower airways, uptake via MRC-1 plays a crucial role.

Next, we were puzzled whether the lytic activity of pneumolysin is a prerequisite for lysosomal escape within the DCs. To investigate this, we used clinical strain expressing a non-functional pneumolysin, BHN 31 (ST306) and a clonally related hemolytic strain, BHN32 (ST228). And the answer was yes!

Having characterized the role of MRC-1 in vitro, we then evaluated its pathological significance using relevant infection models in mice. We employed the invasive pneumococcal disease model while our collaborators, Prof. Aras Kadioglu and Dr. Neill Daniel at the University of Liverpool utilized a nasopharyngeal colonization model comparing wild-type and MRC-1 knockout mice. Both our labs arrived at the conclusion that MRC-1 contributed to enhanced colonization as well as intracellular survival in macrophages, higher bacterial load and lower immune attack.

Our study has found a significant role for PLY in enabling pneumococci to invade MRC-1 proficient immune cells including DCs and alveolar macrophages in the airways, thereby dampening cytokine responses to establish intracellular residency. Although PLY is not a typical adhesin, recently it has been shown to be surface localized by TEM analysis (Shak et al., MBio. 2013). Our data provide compelling evidence to suggest that PLY can invade MRC-1+ macrophages residing in respiratory tract. Our findings have implication for future vaccine design and opens up new avenues to develop therapeutics targeting MRC-1. 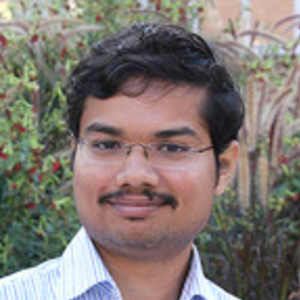