Researchers from the U.S. National Institute of Allergy and Infectious Diseases (NIAID), in collaboration with scientists from Thailand, found that Bacillus spores, such as found in probiotic formulas, inhibit colonization with the dangerous pathogen, Staphylococcus aureus. Because colonization with S. aureus is a main risk factor for infection, these results point to the possibility of preventing S. aureus disease using a simple probiotic regimen.

The paper in Nature is here: go.nature.com/2OREezR

This project started when my group from the NIAID and Thai researchers from Siriraj Hospital’s Microbiology Department in Bangkok agreed to analyze whether the human intestinal microbiome impacts colonization with S. aureus. Pipat Piewngam, the first author on the paper, collected fecal samples from rural Thai populations and, after accepting a graduate partnership program position at the NIAID in my lab, analyzed whether S. aureus presence is correlated with changes in the intestinal microbiome’s composition. While we found no significant differences using the nowadays immensely popular 16S rDNA sequencing-based approach, classic analysis of samples by plating on selective agar brought about a stunning discovery: samples that grew Bacillus never grew S. aureus. Also, the rural Thai population had an overall exceptionally low rate of S. aureus intestinal colonization. These findings made us speculate that consumption of Bacillus – frequent in people in South East Asia who eat unwashed and uncooked, soil-grown natural food – prevents S. aureus colonization.

We soon found out that Bacillus isolates generally did not produce a bacteriocin-like substance that could have been made responsible for the S. aureus exclusion effect. As this had first appeared as the most likely explanation, the negative result left us scratching our heads for a while. We then speculated that S. aureus intestinal colonization may be regulated by Agr, the quorum-sensing system of S. aureus known to control a plethora of important virulence factors. We were quite surprised when we discovered that Agr-defective mutants were completely incapable of colonizing the murine intestinal tract, indicating a new and unexpected role of quorum sensing in S. aureus.

With this result in mind, we then analyzed whether culture filtrates from Bacillus fecal isolates could inhibit Agr. Stunningly, all isolates, belonging to various different Bacillus species, had strong Agr-inhibiting potency. These results pointed to a quorum-quenching mechanism for the Bacillus-mediated S. aureus exclusion. By purification and characterization of the Agr-inhibitory substance, we ultimately discovered that the fengycin class of Bacillus lipopeptides compete with the Agr autoinducing peptide (AIP) for binding to the AIP receptor, and thereby inhibit Agr activation. Notably, fengycin-producing Bacillus, but not isogenic fengycin production mutants, completely eliminated S. aureus colonization in mice.

Similarity of fengycins with the S. aureus AIP quorum-sensing signals

S. aureus decolonization has frequently been proposed, and tried, as a means to reduce S. aureus infection rates. However, owing to fast re-colonization, this approach has had only limited success. Furthermore, it relies on topical antibiotics, the extensive application of which is highly debatable as it promotes antibiotic resistance. In addition to avoiding the widespread use of antibiotics, probiotic approaches are particularly elegant because the active substance continues to be produced by a living organism. The specific use of Bacillus spores as a highly resistant form of a probiotic organism also comes with the advantage of improved stomach passage – something that is an important problem with many other probiotic bacteria used in dietary supplements.

Another interesting aspect of the study that remains to be further explored is that presence of Bacillus in human feces was strongly correlated not only with absence of S. aureus from the feces, but also the nostrils. Because Bacillus was only found in the gut, and not the nose, this suggests that nasal may be secondary to intestinal S. aureus colonization. Not only would this revolutionize our understanding of S. aureus human colonization, historically focused on the nose, it would also mean that a probiotic Bacillus-based approach may lead to comprehensive S. aureus decolonization that is not possible with topical antibiotics.

We are currently planning a human trial in Thailand to show that a probiotic Bacillus subtilis regimen can in fact eradicate S. aureus from the gut, and possibly, other colonization sites. This experiment will tell about the role of intestinal as compared to nasal colonization by S. aureus in humans, in addition to its main purpose, which is to analyze the potential of Bacillus probiotics for S. aureus de-colonization. We hope to achieve sufficient evidence that would warrant a future extensive trial in hospitals. This ultimate test would be focused on using Bacillus probiotics to reduce MRSA infections, which remain a leading cause of morbidity and mortality in hospitalized patients and cause tens of thousands of deaths every year. 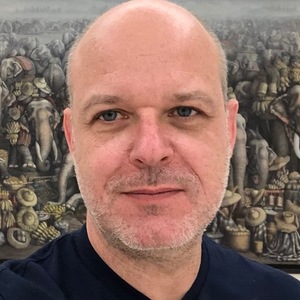 Donald
about 3 years ago

A lovely story, well written, starting with keen observation, pursued logically and exciting in its implications.  If it is found, as surmised, that nasal carriage of SA is secondary to gut carriage, that would indeed be important.  Alternatively, it is may be that the bacillus inhibitors of AIP can reach the nares from the gut and inhibit colonization there also.

Shawn
about 3 years ago

Great discovery! It was reported an important natural resource hosts some microorganisms that can exclude Bacillus and dramatically reduce the spores. But the mechanism may be too complicated to be analyzed at the present time.