Building the blocks of a bacterial weapon

The T6SS is a large machine, built by bacteria to provide them with an advantage in the microbiological niche or to proliferate in a eukaryotic host. In our paper, recently published in Nature Microbiology, we uncover for the first time, the biogenesis and the structure of a basic component of such a fascinating machine: the baseplate. Here I hope to provide a glimpse of the exciting process that led to this discovery.

Our paper on the baseplate of the type 6 secretion system (t6ss) was the result of dedication, hard work, friendship, collaboration, intuition and a little bit of luck across three of the most beautiful French cities: Bordeaux, Marseille, and Paris.
It all started with the plunge Eric Cascales made to start working on the newly discovered t6ss. His enthusiasm and the fascination of this macromolecular machine, made us all fall prey of the same spell: to try and understand how this effective weapon of mass destruction works and is assembled. The t6ss works as a spring-loaded crossbow that assembles at the membrane of the Gram-negative bacterium expressing it. Upon contact with a prey cell the spring contracts and releases a rigid tube capped by a spike that punctures the target cell and delivers poisons and toxins, killing it.
The laboratory of Eric Cascales started a systematic and thorough biochemical and in vivo characterization of each component of the assembly machine in pathogenic strains of Escherichia coli. Yassine Cherrak and his PhD supervisor Eric Durand, decided to focus their effort on the protein complex that anchors the spring and the spike to the membrane: the baseplate. They deciphered the assembly pathway of the complex as well as started a thorough biochemical characterization of the building block of the baseplate, the wedge complex, made of the proteins TssK, TssF, TssG, and TssE. Such characterization culminated in the successful purification of this complex.
Following a prolific collaboration, initiated at the time when Eric Durand and Rémi Fronzes were postdocs in the laboratory of Gabriel Waksman in Birkbeck college, the protein complex fell in my hands and, immediately, the protein behaved very well in thin amorphous ice and we proceeded to collect data first at our newly minted Talos Arctica and later we became the first external users of the newly installed beamline CM01 at the ESRF Synchrotron. From the data collected, we obtained a 3D reconstruction of the wedge of the baseplate of the t6ss at a high resolution. The “resolution revolution” has brought about many well-advertised structures at atomic resolution obtained with cryo-EM. What is less advertised is the grey zone of 4-5 Å resolution. Good enough to see secondary structures but not enough to accurately assign small amino acids side-chains. No structural knowledge on the t6ss baseplate complex was known. It became our challenge to solve the puzzle in front of us. It involved quite a lot of staring at the cryo-EM density looking for patterns. When you stare at something long enough, slowly patterns start to emerge. We saw that the complex could be divided into 2 equivalent regions and a central stalk. Painstakingly Rémi Fronzes then proceeded to overlap the two homologous regions to facilitate the tracing of the backbone of the proteins that I had started. Another t6ss aficionado and long-term collaborator at the Institut Pasteur (Riccardo Pellarin) also noticed a similarity between our central stalk and the stalk found in the immense structure of a related injection system, the baseplate from the T4 phage. By loosely docking this structure in our cryo-EM density I was more confidently able to trace the protein backbone for the regions that were most similar. Once I had traced the c-alpha of all the amino acids, as best as I could at such resolution, Riccardo Pellarin, Guillaume Bouvier, and several members of the structural bioinformatics at the Institut Pasteur came to our rescue using an unprecedented combination of bioinformatical tools they were able to provide me with a validation and model building tool to confidently assign the c-alpha backbone and the position of a large percentage of amino acids. Rémi Fronzes finally used the structure of the wedge complex to create a model of the fully assemble hexameric baseplate.
Through this collaborative effort, we have produced the first pseudoatomic model of the t6ss baseplate. Though some regions retain structural features of the distantly related T4 phage, the rest is unique to the bacterial t6ss baseplate. We now hope to be able to continue working on better understanding the t6ss, working together, bringing down distance barriers and hoping one day to provide information for the development of effective antimicrobials in the fight against antibiotics resistance. 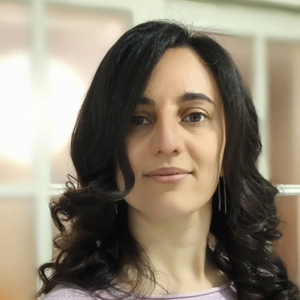