Soil organisms, particularly members of the soil microbiome, regulate plant performance and control plant communities. In our study, we show that the microbiome complexity increases from early successional to climax vegetation. We also found an enrichment of animal parasites and plant pathogens in early successional compared to later successional vegetation. Together, our results suggest that soil organisms, particularly plant pathogens, facilitate plant succession, while the most complex microbiomes keep plant communities in climax vegetation stable. Therefore, our results point at the importance of soil microorganisms for plant vegetation dynamics and stability.

The paper in Communications Biology is here: https://go.nature.com/2QdGfVc

Microbiome has become a frequently used term in virtually all systems ranging from the human gut to plant rhizospheres to built environments. The term microbiome is mostly used to capture bacteria, the numerically dominant group of organisms on Earth. Yet, there are other microorganisms including eukaryotic (organisms with a nucleus) fungi and protists.

Especially protists are rarely covered in microbiome studies, despite their pivotal role as major predators of bacteria and fungi. Protists structure microbiomes, ensure microbiome activity and catalyse nutrient turnover. Moreover, there are several other functionally important protist groups including parasites (the malaria-causing agent Plasmodium, etc) and plant pathogens (oomycetes such as the causative agent of the potato blight Phytophtora, etc).

That much on theory. Soil microbiomes are of particular interest as they provide the basis for plant growth. In practice, full (soil) microbiomes including all its components have rarely been studied together and their joint role remains unknown. We here provide the first evidence that the complexity of the full microbiome might impact vegetation dynamics as shown in the Brazilian Cerrado, the biggest Savanna on Earth.

How this study evolved

The process of team assembly was…. Interesting! Field work, in which three transects comprising 4 vegetation zones ranging from grass- to tree-dominated vegetation were sampled, was performed in 2014. Few initial studies focusing on bacteria, archaea and fungi were conducted but there was more to do…. That’s when Ademir contacted me as he was interested in protists, my pet group of organisms. My interest has now expanded and I (hope to) have become much more of a real ecologist who is interested in belowground interactions and the role for plant performance – the data Ademir created and the already existing background data directly turned me on; there was a potential to to study something much bigger than just one group of organisms! Yet, the team was not complete as for the analyses we needed more sophisticated expertise and with Lucas we found the right person.

Sampling effort: Ademir (white shirt) and his team sampling in the Cerrado.

As I could assign protist taxa into functional units we could show that parasites and pathogens are most abundant in early successional stages and therefore might contribute to vegetation turnover. Moreover, I could barely have imagined the entire microbiome data to turn out better than it did: bacteria, archaea, fungi, protists (and even small animals) increased in their links over succession. This finding was in line with a recent study published in Nature Communications focusing on most soil organism groups that also showed increased network complexity towards later successional stage vegetation after agricultural land abandonment. While our data is based on sequencing and therefore cannot provide ultimate proof about real mechanisms, microbiome complexity might in fact be important for system’s stability! This certainly should be tested in future targeted research but if true, we might have found a promising start for targeted soil manipulations to help steering plant communities!

This study also shows the benefit of international team-work including an integration of different expertise to increase the impact and extract the most out of a study; the future of science, at least in ecology, is not in single-authored Sylvester Stallone/Ironman-like approaches, but more team-driven sharing of expertises. Bigger scientific efforts need the A-Team or the Avengers!

Have a look at the paper in Communications Biology for further information! 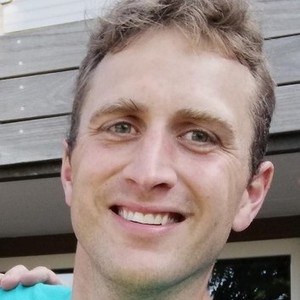 Ademir Araújo
about 3 years ago

It was an amazing study