Many of the world’s most serious diseases are caused by pathogens that are transmitted to people by insects. Reductions in cases and deaths of these diseases have been achieved largely by using insecticides, but resistance to these chemicals now threatens those advances. Here we underline how basic research into insect biology is informing the development of new ways to control disease via targeting insect populations.

Diseases spread by insects, such as malaria, dengue and leishmaniasis, weigh a heavy health, economic, and social burden on the tropical and sub-tropical regions affected, with hundreds of thousands of deaths every year. The recent Zika virus outbreak has underlined the devastating consequences of the global spread of vector-borne disease, and currently undiscovered pathogens pose unknown risks to the whole world.

Major questions of biological processes that contribute to disease transmission remain unanswered: How and why are some insects so effective at spreading the pathogens that cause disease? Why these insects and not others? Do insect vectors suffer costs to infection with pathogens they carry? For decades, these questions have been largely ignored while disease control strategies relied on powerful insecticidal compounds. But now, at a time of widespread insecticide resistance in natural populations, the risk of a resurgence in disease makes the creation of alternative tools an urgent public health priority.

Answers to these and other fundamental questions are now being determined for many of the world’s most important insect vectors. With this information we can understand which species represent the most urgent targets for vector control, or which strategies may be most immediately effective to reduce transmission.

The vectorial capacity equation can be used to compare the most important vectors of a disease and identify the most important factors behind their ability to transmit pathogens. (Figure taken from Text Box 2 in our review article.)

In our review article we discuss current and proposed ways to control pathogen transmission with a focus on malaria parasites and the Anopheles mosquito species that spread them. Many of these control strategies affect multiple factors of vectorial capacity. We discuss both insect immune responses and the microbiome and how these might be harnessed to block parasite development within the vector. We also highlight advances in the genetic engineering of disease vectors, especially research into self-spreading gene drives, which could permanently alter natural populations. This research shows promise but requires a greater understanding of insect ecology and mating biology before implementation on a larger scale.

In the near term, insect-sterilizing chemicals show the most promise for vector control. Such chemicals could be easily incorporated into existing programs (bed nets, house wall sprays, baited traps) and when used in combination should delay the development of insecticide resistance, as surviving insects are sterilized. We also note the unexplored opportunity to develop anti-pathogenic chemicals to block parasite development within the mosquito, effectively curing mosquitoes or preventing them from becoming infected in the first place. This strategy would preserve the ecological niche of mosquitoes in the environment, and would be highly unlikely to induce resistance mechanisms in the insect.

These experimental huts are used to evaluate the relative effectiveness of novel insecticides or anti-pathogenic compounds in field conditions when applied to bed nets or hut walls. Photo credit: Maurice Itoe.

Future vector control strategies will need to be rooted in basic biology research in insect ecology, behaviour and vector–pathogen–microbiome interactions. In this way, we will ensure an effective and responsible use of tools to mitigate the tremendous burden imposed on societies by vector-borne pathogens.

This blog post was written by W. Robert Shaw. 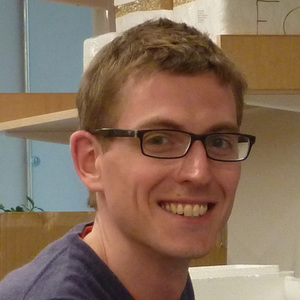