The paper in Nature Communications is here: go.nature.com/2BJSLbD

The Gram-positive bacterium S. pneumoniae (the pneumococcus) is an opportunistic pathogen that has been fascinating scientists since genetic transfer by transformation was discovered in this organism by Frederick Griffith in 1928 and that the transforming principle for the pneumococcal capsule was DNA by Oswald Avery, Colin MacLeod and Maclyn McCarty in 1944.  Pneumococci are a major cause of diseases such as otitis, sinusitis, community-acquired pneumonia, with or without septicemia, and meningitis. Vital components for its disease-causing capability are the polysaccharide capsules and different surface proteins involved in immune evasion.

As a postdoctoral fellow in the laboratory of Birgitta Henriques-Normark at the Karolinska Institutet, Anuj Pathak started looking at the pneumococcal surface protein PspC in 2012. He got especially interested in clinical pneumococcal isolates that interestingly contain two copies of PspC. After months of protein purification and biochemical assays to characterize these proteins and trying to find out why there are two copies of PspC in certain strains, the question was raised whether they localize differently on the pneumococcal surface.  We then started to study protein localization by using fluorescence microscopy and thereafter continued with super resolution and STED microscopy by our excellent collaborators, Jerker Widengrens team, at the Royal Institute of Technology in Stockholm. It was intriguing to see that the two PspC proteins, PspC1 and PspC2, had distinct localization patterns on the bacterial surface. The next question was if and how their localization pattern could affect their functions.

Factor H (FH) is a negative regulator of the complement system and hence interactions between bacteria and FH influence bacterial immune evasion. We observed that human FH is recruited to the bacterial surface primarily via PspC1, and that it localized at the sites close to the division septum of the bacteria. Furthermore, we found that this is also the site that is targeted by the complement component C3b when bacteria get attacked by the human immune response in the blood/serum.  Using classical biochemical techniques combined with super resolution microscopy and electron microscopy we revealed that the two mechanisms of pneumococcal protection against host immune attack, the pneumococcal capsule and PspC-mediated immune evasion via FH, are functionally and spatially related. PspC was found to act as a gatekeeper at the areas close to the division septum, where the capsule is thinner and act as an entry port for complement attack.

Complement deposition on strain BHN418 (left) and its isogenic PspC1PspC2 deletion mutant (right). The polysaccharide capsule is stained in red and complement C3b in green.

In our study we discovered that the precise location of bacterial surface proteins and complement components on bacteria are crucial for their functions. These findings lead to new important questions for example for vaccine research. Several studies are ongoing to explore new targets for protein-based vaccines, and in such studies more information about factors that affect protein accessibility to host factors are needed, since they may have implications for the design of new pneumococcal vaccines. 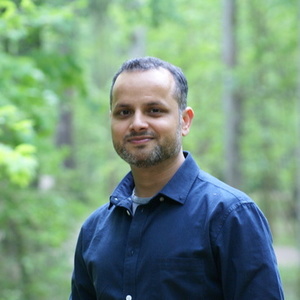