A chat with Andrew Jermy

To celebrate the 15th anniversary of Nature Reviews Microbiology and to give our readers a glimpse behind the curtains, we asked a few of our past editors about their views on microbiology, the journal and their experiences of working with the journal.

You’ve been an editor with Nature Reviews Microbiology previously. How did you get into editing? What are you currently doing?

I had done a PhD and two short post doc positions working on various aspects of fungal cell biology, but found that I enjoyed being at the bench less and less. Actually, I hit quite a low point where my mental health was beginning to be impacted, so I started to look around for a role that allowed me to continue to use some of the skills and knowledge that I had gained in my scientific career to date but outside of the laboratory setting. After a lot of self-reflection I realised that I probably enjoyed learning about other people’s scientific research more so than carrying out my own. Where colleagues in the lab would sometimes have to be dragged kicking and screaming into taking part in our journal club, it was generally the highlight of my week. I also enjoyed taking part in conferences and had helped colleagues around in writing theses and papers. So when I saw posts being advertised for editorial roles at Nature Publishing Group it seemed like a great fit. The first post I got was as a locum editor on Nature Cell Biology, before moving to Nature Reviews Microbiology 9 months later. I spent 4. 5 very happy years learning the field as an editor for NRMicro, which gave me the platform from which to step into the role of microbiology editor at Nature at the beginning of 2013. I am currently the Chief Editor for Nature Microbiology having left my previous post in 2015 to lead the launch of the new journal.

What was your favourite part of being an editor for Nature Reviews Microbiology?

I should no doubt say the excellent colleagues or learning about the diverse array of interesting and exciting work across the microbiology field. But in truth, if I had to pick out a single favourite part then it was perhaps the opportunity to exercise my not-so-secret love for a pun, good or bad. There are very few jobs in the world outside of being a headline-writer for a tabloid that would have allowed me to pen a pun and then push it on an unsuspecting readership with quite such regularity. Some I remain amused by to this day (Raiders of the Lost Articles) whereas others if I am being honest were perhaps a little too forced/random (T4 to TA, checkmate).

From all the articles that you handled for the journal, is there one that you particularly remember and that stands out? If so, can you tell us why?

Picking one Review or Perspective from my time on the journal is tricky. Some of the best articles that I published needed little input from me, they were great from the beginning and for these my approach was to try not to get in the way. Others needed a lot more input editorially and so there are some articles that I put a huge amount of work into and there is a lot of satisfaction in helping to bring such a piece to a level where it shines out from the pages of the journal. It would of course be unfair to name which articles needed a lot of editorial effort and which didn’t. So instead I hope that the reader will forgive me for navel-gazing a little and noting the Microbial Olympics piece that I commissioned and published for NRMicro back in the heady summer of 2012.

It stands out for me in large part because it was just so different to anything that the journal had published previously mixing real microbiology concepts, with often amusing and accessible narrative; it was part science outreach and part geek humour. I’m still amazed that I got a green light from the then Chief Editor when I originally pitched the idea, that we got so many great authors to take part in the right spirit for the piece, and at the attention it received once published. There’s always space for a bit of fun in publishing science. 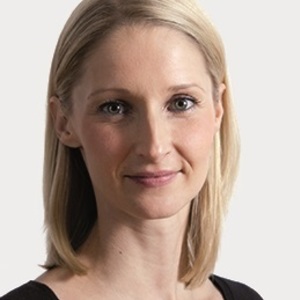