Metagenomics, the in silico study of microbial community genomes, is revolutionizing many fields in biology, geology and medicine. Could it also be useful for monitoring antimicrobial resistance in livestock? We thought so and applied it to 359 pig and poultry farms in nine European countries. The resulting study is published today in Nature Microbiology and gives a comprehensive look into the resistomes of the two most intensively raised European livestock species.
Patrick Munk
Postdoc, Technical University of Denmark
Follow
Like Liked by Ben Johnson and 3 others
0

The introduction of antimicrobial agents in human clinical medicine and animal husbandry was one of the most significant achievements of the 20th century. Antimicrobial agents have literally changed our way of living. We can now treat infections that previously were almost always lethal (e.g. Staphylococcus aureus bacteraemia). The prophylactic use of antimicrobial agents has also enabled us to do many surgical procedures (such as bowel surgery) that would otherwise have been associated with impossibly high mortality and infections rates.

Monitoring AMR in livestock is traditionally aimed at a few food-borne pathogens (Salmonella, Campylobacter) and sentinel organisms (E. coli and enterococci) for which resistance is determined by phenotypic characterisation. Using this method, only the top of the AMR iceberg is actually monitored, as the majority of AMR determinants reside in non-monitored species.

We chose to use metagenomic sequencing to directly quantify the AMR determinants  in all bacteria simultaneously. This was previously shown to be a good approach for AMR monitoring in a smaller Danish pig study. Today we describe how we have scaled this up to a much larger international scale.

Me on a pig farm to get fecal samples. Photo by Marie Stengaard Jensen.

In a collaboration between 20 European partners we have sampled more than 9,000 animals in 181 pig and 178 poultry herds in 9 European countries in 2016 and 2017. From each farm, roughly 50 million DNA fragments were sequenced using Illumina HiSeq technology in order to obtain billions of basepairs. Using MGmapper, we found and quantified hundreds of different AMR genes from the ResFinder database in the 359 farms.

The resulting study provides a detailed gene-level snapshot of AMR prevalence in European pig and poultry farms and is published today in Nature Microbiology. We were able to determine the spread of problematic genes, such as the colistin resistance gene mcr-1. Strong effects of host animal and country were observed as well as the underlying differences in bacterial composition between farms. The metagenomic data we have produced offer additional advantages to phenotypic assays: it is entirely digital and is easily shared online, can be re-queried for newly identified AMR genes and even used for other purposes.

Want to know more about the EU FP7-project EFFORT? Check out the homepage. 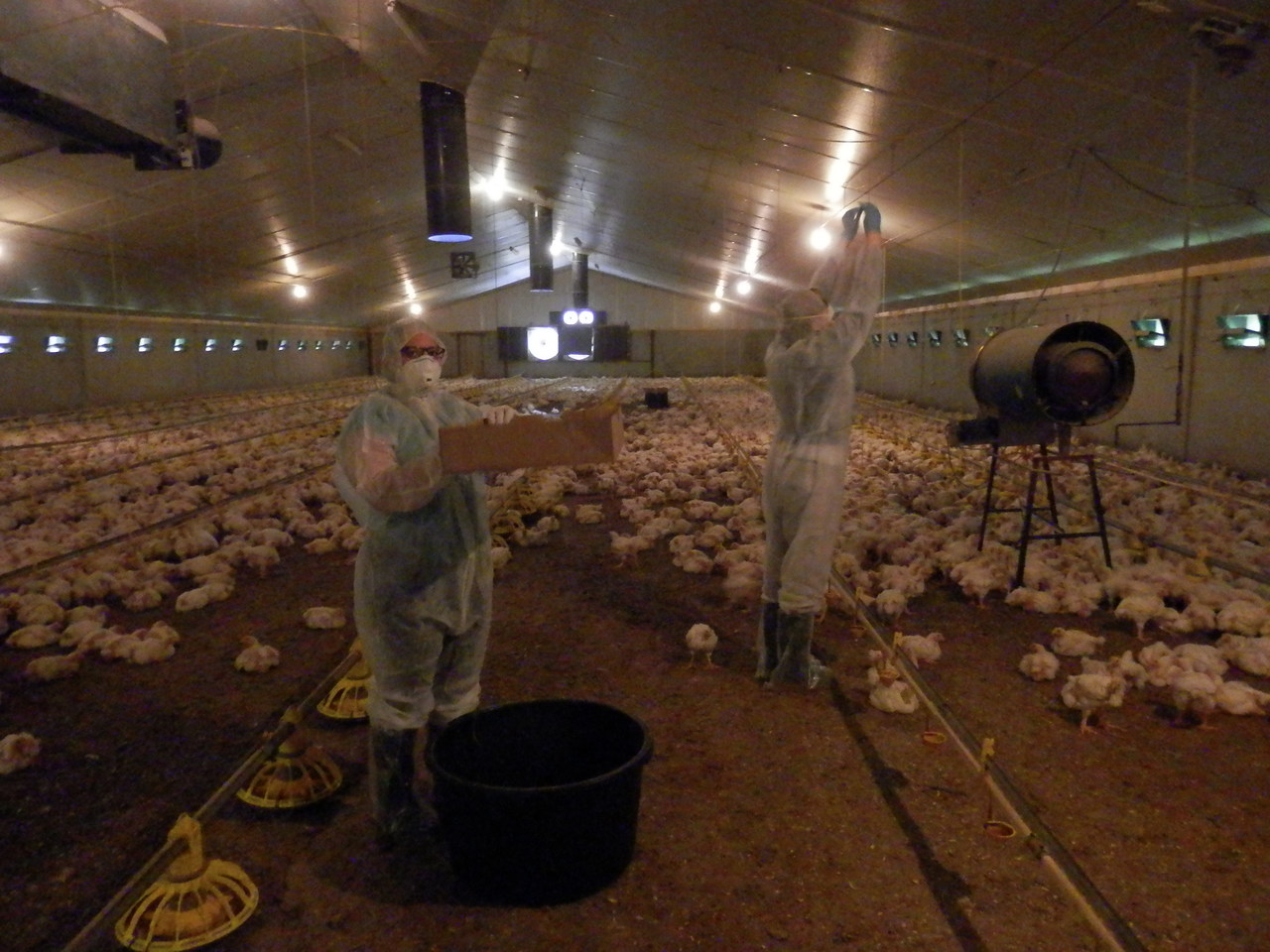 Metagenomics, the in silico study of microbial community genomes, is revolutionizing many fields in biology, geology and medicine. Could it also be useful for monitoring antimicrobial resistance in livestock? We thought so and applied it to 359 pig and poultry farms in nine European countries. The resulting study is published today in Nature Microbiology and gives a comprehensive look into the resistomes of the two most intensively raised European livestock species.