Moms’ gut microbiota during pregnancy matters to her offspring in mice

Our article in Microbiome is published here: go.nature.com/2mxRpGB

Mothers’ health during pregnancy has always been thought to be important, and mothers are told to watch what they eat. But how does maternal diet influence infant health? Since diet is a key influence on gut microbiome, we hypothesized that maternal microbiome was the link between her and her infant’s health. We tested this in a mouse model by using an oral antibiotic, Vancomycin to alter gut bacteria composition in mothers during gestation and while they were breastfeeding. What is important about this antibiotic is that it does not get absorbed from the gut, and so should not reach other sites in the mother, or the fetus. We studied their infants’ microbiota and immunity, which is an important determinant of health. Pups born to mothers that were treated with antibiotics during either gestation or nursing had profound changes in their gut microbiota, and they were also different based on the timing of the maternal antibiotic treatment. Bacteria of phylum Proteobacteria, which is often associated with inflammation, were increased in these pups regardless of timing of antibiotic treatment. We were curious to know whether changing the composition in mothers’ gut was also indirectly changing composition in other maternal sites for example breastmilk, which may influence bacteria being transferred to offspring. But it is not easy to get breastmilk from a mouse. We decided instead to collect the breastmilk from the pup’s stomachs. We found differences in breastmilk bacteria composition according to mother’s antibiotic administration indicating that oral antibiotics during pregnancy or after delivery was not only changing the mothers gut but also her breastmilk bacteria composition. Antibiotic treatment in mothers during nursing also led to changes in antibody levels in breastmilk, which is an important source of protection to infants. This implies that what you eat during pregnancy influences your breastmilk composition.

What about immunity in the pups? We examined the proportion and numbers of various immune cells in the spleen, the major immune organ of a mouse. Treating mothers with antibiotics while they were pregnant led to increased total numbers of many immune cells, including CD4 T cells and both Follicular and Marginal zone B cells in the pups. By measuring the levels of an inflammatory marker in pup serum, we confirmed that these changes in immunity were most likely as a result of changes in bacteria composition and not systemic inflammation.

It is possible that changes in maternal breastmilk antibody could have also influenced transfer of bacteria to infants via breastfeeding, an interesting area of future research. In summary, altering bacteria composition in mothers during pregnancy or while breastfeeding has consequences on neonatal health likely through altering their gut bacteria. This is important since gut microbiota are potentially modifiable through diet, probiotics, and even antibiotics. Our future work will interrogate offspring immunity further using vaccines and challenge models.

Microbiota and immunological changes in offspring. Mouse pics from jax.org

Picture showing the Institute of Infectious Disease and Molecular Medicine, at the University of Cape Town, where this research was conducted. 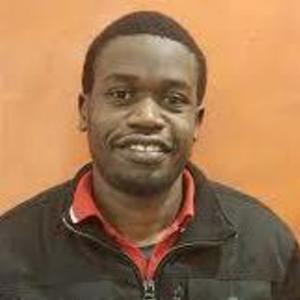