Do soil viruses, like their marine counterparts, contribute to microbial mortality, carbon and nutrient cycling, and climate? According to this metagenomic study of ~2,000 soil viral populations in thawing permafrost, yes, we think so. There is more work to be done to characterize the global soil virome, but results from our site in northern Sweden suggest that soil viruses are busy little creatures with more than one hand (tail fiber?) in the carbon cycle.

The original paper in Nature Microbiology is here.

Given the limited representation of soil viral genomic sequences in public databases, it is not surprising that most (83%) of our viral populations from thawing permafrost could not be taxonomically classified. It will be a while before we have a handle on global soil viral diversity and probably even longer before we will be able to link most of the recovered viral populations to a well-characterized relative in culture. Fortunately, it seems that we may be able to use genomic signatures to link many viruses to microbial hosts, allowing us to investigate viral impacts on host ecology whether or not we know exactly who the viruses are.

We linked ~35% of our viral populations to host bacterial and archaeal population genomes and tracked virus:host abundance ratios among three habitats along a permafrost thaw gradient. Despite the overarching signal that both viral and bacterial & archaeal communities were largely structured by the same biogeochemical parameters (in other words, viruses followed their hosts), intriguing deviations from this bulk signal were revealed at the host lineage level. Viruses were sometimes more abundant than their hosts in one habitat, yet less abundant in another, and these patterns differed by host lineage. Exactly what these observations mean is difficult to interpret in the context of a single study (see the paper for some ideas), but perhaps the most exciting result is that we now have the means to track linked virus and host populations for future interrogations of in situ virus:host dynamics.

In addition to potential impacts on host ecology, we recovered virus-encoded glycoside hydrolase genes that may indicate direct viral contributions to complex carbon degradation in soil. Perhaps analogous to marine viral auxiliary metabolic genes (AMGs) shown and/or predicted to be involved in photosynthesis, central carbon metabolism, sulfur, nitrogen, and other nutrient cycles, it is possible that these viral glycoside hydrolases are expressed during the viral infection cycle to degrade plant-derived polymers to monomeric and small oligomeric sugars. Extrapolating a bit, this could mean that viruses play a role in the microbial food web that degrades complex carbon and ultimately releases the greenhouse gases, carbon dioxide and methane, from climate-impacted thawing permafrost ecosystems. Further work will be needed to test how widespread these glycoside hydrolases are among viral populations and across soils, whether and under what conditions they are active, and the magnitude of their impacts on carbon cycling.

We started this study in 2015 (sample collection aside--thanks, IsoGenie sampling team!), and there have been many updates to publicly available data and bioinformatic tools since then. Some of the most difficult decisions that we had to make pitted the incorporation of newly available data against starting the study from scratch every few weeks. New data to consider were reported publicly, like the awesome Paez-Espino et al. Earth's virome paper, were generated by our collaborators’ ongoing efforts, like the bacterial and archaeal population genome bins now reported in Woodcroft, Singleton et al. (new paper out in Nature!), and were most often the result of our own iterative manual curation of the viral data. Sometime in early 2017, we decided to stop obsessively tinkering with our viral population dataset, to “timestamp” our metadata as a form of version control, and to be okay with some data being obsolete essentially as soon as they were generated. This was a good solution for us, but I would be curious to learn what others have done under similar circumstances and what might be recommended for future work.

Many thanks to 22 fantastic coauthors with expertise in microbial ecology, bioinformatics, isotope biogeochemistry, statistical modeling, glycoside hydrolases, and the kitchen sink. This work was highly collaborative and was largely undertaken when I was a postdoc in Matt Sullivan's and Virginia Rich's labs at Ohio State (OSU), whose groups provided foundational guidance in viral ecology and thawing permafrost microbial ecology, respectively. All coauthors contributed substantially to this work, including rockstar glycoside hydrolase lab and computational analyses by Lindsey Solden and Kelly Wrighton at OSU and by Adrian Naas and Phil Pope at the Norwegian University of Life Sciences; viral bioinformatics by Simon Roux (now at the JGI), Ben Bolduc, and Ho Bin Jang at OSU; virus-host population dynamics by Jenn Brum (partly while at OSU, now at LSU); viral metatranscriptomics by Caitlin Singleton in Gene Tyson's lab at The Australian Centre for Ecogenomics (ACE); host population genomics by Ben Woodcroft at ACE; and discussions, analyses, and insights into the biogeochemistry and ecology of our system were provided by many coauthors, including Virginia Rich (OSU), Scott Saleska (U. Arizona), Rachel Wilson (Florida State), Suzanne Hodgkins (Florida State, now at OSU), Jeff Chanton (Florida State), Patrick Crill (Stockholm University), Joel Boyd (ACE), Gary Trubl (OSU), and Steve Frolking (U. New Hampshire). Our work builds on a number of earlier efforts in soil virology that have recently been reviewed here and here, in addition to ~16 years of marine viral metagenomics. 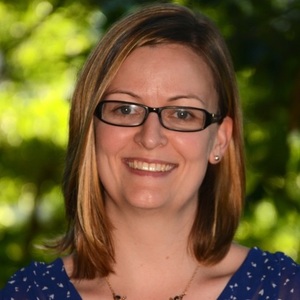