Nature Reviews Disease Primers on Influenza. Not just another review on influenza, but a CEIRS review.

When Nature Reviews Disease Primers asked me to assemble a group of experts to write an article summarizing influenza disease, I immediately thought of bringing together scientific members from the Centers of Excellence in Influenza Research and Surveillance (CEIRS) to talk about the different aspects of the virus biology and pathogenesis, the disease, the existing countermeasures, and the possible future solutions to eliminate the burden that influenza virus imposes in human and animal health.

Influenza virus is a formidable animal and human pathogen.  Seasonal influenza causes on average 500,000 deaths annually, despite the availability of vaccines and antivirals.  These numbers can dramatically increase during pandemics, that take place every 10-50 years.  The CEIRS network consists of an integrated network of five Centers funded by NIAID contracts that bring together multidisciplinary teams of investigators to expand through research our knowledge on the diversity and evolution of influenza viruses, and on the pathogenesis, immunogenicity, virus-host interactions and host tropism that shape the impact of influenza virus in our society. Over the years, CEIRS has made fundamental contributions to understand the changes in the influenza virus that are associated with virulence and transmission in diverse hosts, and in the identification of the more vulnerable sites in the virus for the induction of improved influenza virus vaccines.

The CEIRS network program was established in 2007 by NIAID in response to the pandemic threat posed by influenza viruses, with the overall goal of generating information and tools that can better inform public health authorities on improving the control measures to reduce the impact of epidemic influenza and the menace of pandemic influenza. Today, the CEIRS network involves hundreds of influenza researchers working in laboratories all over the world, distributed into five intercollaborative Centers: CRIP, SJCEIRS, NYICE, EMORY-UGA CEIRS and JOHN HOPKINS CEIRS.

I’m the director of one of these centers: CRIP, or Center for Research in Influenza Pathogenesis. CRIP comprises an international animal influenza virus surveillance network combined with research on influenza pathogenesis and host response. Through its research program, scientists at CRIP are dedicated to understanding influenza virus animal reservoirs, evolution, transmission and adaptation to humans as well as pathogenesis, evasion of immunity, and induction of host and vaccine responses.

From CRIP I recruited authors Florian Krammer, a rising scientific star in the field of humoral responses to influenza virus infection and vaccines, to write about B cell responses to influenza viruses; Peter Palese, the father of modern influenza virus molecular biology and pioneer of the concept of universal influenza virus vaccines, to write about flu vaccines; Megan Shaw, one of the main academic researchers in the area of host-directed influenza antivirals, to write about flu antivirals and diagnosis; and Ron Fouchier, internationally known for his groundbreaking research in influenza virus host tropism and transmission, to discuss antigenic drift and shift of influenza and the evolutionary origin of influenza epidemics and pandemics. Florian Krammer, Peter Palese, Megan Shaw and myself are all members of the Department of Microbiology of the Icahn School of Medicine at Mount Sinai in New York, USA, while Ron Fouchier is located at the Department of Viroscience, Erasmus MC, Rotterdam, Netherlands.

SJCEIRS, or St Jude CEIRS, also supports another international flu surveillance network particularly focused at the animal-human interface, where animal influenza viruses can jump to humans, and vice versa. In addition, SJCEIRS researchers are studying the human immune response to influenza and risk factors associated with flu complications and transmission.

From SJCEIRS, Rob Webster, at the Department of Infectious Diseases of St. Jude Hospital, Memphis, TN, USA, is one of the discoverers of the wild bird reservoir of influenza virus, and in the review article, he discusses the biology of animal influenza and the management of animal outbreaks of influenza. Malik Peiris, SJCEIRS investigator in the School of Public Health at the University of Hong Kong, is a major expert on zoonotic respiratory infections, including not only highly pathogenic avian influenza viruses H5N1 and H7N9, but also SARS and MERS coronaviruses. Dr. Peiris writes about the host adaptations of influenza virus responsible for their zoonotic transmissions.

Gavin Smith, at DukeNUS Medical School, in Singapore, is a renowned expert in evolutionary genetics, virology, ecology, and infectious disease epidemiology, and discusses influenza virus evolution. Last but not least, Peter Doherty, a Nobel Prize winner for the discovery of MHC, Professor at both St. Jude Hospital and University of Melbourne, Australia writes with his longtime collaborator and Head of the Human T cell Laboratory in the Department of Microbiology and Immunology of the University of Melbourne, Katherine Kedzierska, on T cells and influenza virus infections.

The New York Influenza Center of Excellence (NYICE) studies how the human immune system responds to influenza virus vaccines and infections. Until his recent retirement, John Treanor, co-director of NYICE and Professor at the University of Rochester Medical Center, NY, USA, has been one of the top leaders on influenza clinical research, and he writes about the clinical aspects and management of influenza disease in humans.

Although EMORY-UGA CEIRS and JOHN HOPKINS CEIRS did not have authorship contributions to the Nature Primer on Influenza,  these two centers  complement and collaborate with the rest of the CEIRS network by conducting fundamental studies on influenza virus circulation in animals and humans, fitness, evolution and immunity. Since its inception, the CEIRS network as a whole has made many of the fundamental new discoveries in influenza virus evolution, pathogenesis, immunity and host tropism, rapidly characterized new emerging influenza viruses, such as the 2009 H1N1 human pandemic virus and the H5N1 and H7N9 zoonotic viruses, and continuous to make significant scientific advances towards the development of improved influenza virus vaccines and mitigation strategies for influenza zoonotic outbreaks, epidemics and pandemics.

One hundred years after one of the major infectious diseases disasters encountered by humankind in the form of 1918 pandemic influenza, CEIRS investigators and the influenza research community in general, with the support of public, private and philanthropic funding agencies, have renewed their efforts in improving the existing influenza virus vaccines, and the new promising efforts and strategies under investigation are also reflected in the review article. In the collaborative spirit of CEIRS, when I contacted my colleagues for writing this review, they immediately got very excited about it, and they expended time and effort to make this review an important summary of what influenza is all about, what makes it such a formidable pathogen, and what is needed to eliminate the human and animal disease impact of this virus in the world.  I’m proud of my co-authors and very thankful to the Nature editorial board and the reviewers of this article for their contributions that have resulted, at least in my view, in an excellent review that I hope is enjoyed by the scientific community, as well as by scientific aficionados. 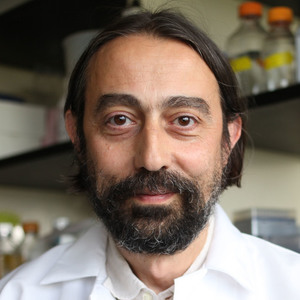