From the outset of the course and throughout the week, the centrality of diagnosis to the wider system of care was signposted as a point of departure to explore key issues in delivering care across different settings, from public health emergencies where "accurate and expedient diagnosis impacts every aspect of outbreak response" (Dr Jana Broadhurst), to elimination programmes. "Diagnostics are a cornerstone to directing who needs treatments, and seal the deal for elimination" remarked Dr Cédric Yansouni (who chaired the majority of panels throughout the week). Using devices to ‘rule out’ infections creates further uncertainties for clinicians dealing with syndromic fevers, "our interventions are bearing fruits, but now clinicians have to consider a whole constellation of causes that they may not be equipped to deal with". This raises some important questions regarding diagnostics’ role amidst this constellation, and how devices evolve in an ever-changing ecosystem of global health priorities.

Dr Kamili Walia talks about AMR diagnosis in India, where ‘treat & test’ is the norm, as opposed to ‘test & treat’. Photo by Madhukar Pai.

A crucial feature of this landscape rarely experienced or seen by many in the global health community is that of device development, and what was regularly referred to as the two “valleys of death” facing diagnostic enterprises; the gaps between development and commercialisation, and from commercialisation to scaling up. Here, even where companies have established proof of concept, few are able to reach the market and commercialise a test. Representatives from industry, from large companies such as Abbot (formerly Alere), Cepheid, and bioMérieux, to smaller start-up companies who presented on the second day’s ‘Tech Pitch’ session, all aired frustrations with many of the obstacles to getting devices implemented at scale which are beyond industries’ control. This includes bureaucratic barriers, where many complained of “regulation stifling innovation”, market access issues such as reimbursement, quality assurance, the WHO pre-qualification procedure and approvals, down to clinician reluctance at the point of care.

Examples where the market for certain tests can ‘disappear overnight’ highlighted the precarity of devices reaching populations amid a volatile and unpredictable market. This could be owing to the introduction of a new drug, such as Fexidinazole for Human African trypanosomiasis, which could eliminate the need for staging diagnostics and be prescribed on the basis of a positive RDT, or where changes in policy and diagnostic protocol effectively removed the market for CD4 count tests after viral load became the new gold standard for initiating antiretroviral therapy (ART) for HIV patients. One representative from a major company reflected candidly on the volatile market for diagnostics, where industry grapples to keep in step with changing health policy agendas; “[Policy makers] said ‘You know what, we don’t need CD4s anymore’, and [companies] went bankrupt over night! We’ve invested $100 million into a test and overnight the market disappears because we don’t have a market in the field.” (Mark Miller, bioMérieux). Given these market instabilities, it is difficult for start-up companies to make a case for investment. In particular, Katerina Galluzzo of Unitaid pointed to a lack of data that contributes to an environment of uncertainty, as companies are unable to explain the return, profitability, or sustainability of markets.

Prof Madhukar Pai elaborated further on the second ‘valley of death’, the gap between developing a device and getting it to the point where it can be taken up in routine practice. “Once you have a commercialised product, what is the pathway for scale? Without scale there is no impact”. He used the example of the TB Diagnostic products pathway to analyse this gap and unpack a major obstacle to getting these devices to the people that need them; “What is the process of the pathway to get them into government and private sectors, and to get people to start using them if you’re a doctor on the frontline and don’t care or know about them?" The whole challenge of taking a quality product and reaching this critical point is a substantial obstacle, as availability does not necessarily mean they can be scaled up and implemented regionally. One step toward bridging this valley could be the recent establishment of the Essential Diagnostics List, a potentially pivotal moment in the history of Global Health Diagnostics. “How can we bend the curve toward faster access, and how can we change the ecosystem to accelerate access to people? We think the essential diagnostics list is one way of doing that” (Prof. Madhukar Pai). 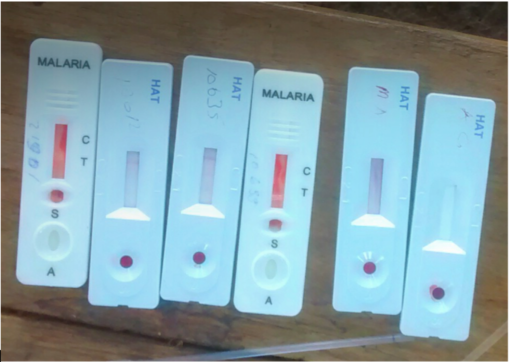