Finding a new home for Crypto: The Organoid!

The story of how we found a new home for Crypto...The Organoid !

Organoids or "mini organs" are human tissue derived, 3-Dimensional structures grown in lab, which are by far the closest we can get to recapitulate the in-vivo architecture of human tissues. In recent years, organoids have helped researchers understand how internal organs and tissues look and behave inside the complex human body. Grown in a culture dish, organoids come with various applications in disease modelling of hereditary diseases, cancer and as drug discovery platforms for personalized therapy. But can organoids also be used to study long term host-microbe interactions? We wondered. When we first embarked upon this project, we reasoned that if indeed organoids were functionally analogous to human organs, they should be able to provide factors and nutrients to sustain pathogenic organism growth and replication.

Cryptosporidium parvum, an apicomplexan of widespread importance that causes intestinal cryptosporidiosis was our favourite candidate microbe for this study as the parasite completes its whole life cycle within a single epithelial host tissue and includes both asexual and a sexual life cycle stages with distinct number of intracellular parasites at each stage. This fact would help us track the stages at multiple time points and follow the whole life cycle of the parasite to completion. Most importantly, propagation of Cryptosporidium through its whole life cycle in normal human cells had not been reported.  In our study, we employed the first to be developed and the most well characterized organoid culture system present – the human small intestinal organoid. Using a cocktail of growth factors and Wnt activators, intestinal organoids can be maintained under expansion conditions (EM), comprising mostly of intestinal stem cells. On the other hand, removal of Wnt activators leads to differentiation conditions (DM) i.e.  giving rise to organoids having differentiated cells including absorptive enterocytes and secretory goblet cells. Although debated, respiratory cryptosporidiosis has also been reported in certain immuno-compromised patients. We therefore also tested human airway-derived lung organoids to check if the parasite could indeed infect lung epithelium.

One technical hurdle that we faced early on was the fact that while the organoids are 3D ball like structures with distinct polarities, the apical side (the side where the microbe typically infects) falls on the internal side of both cystic intestinal and lung organoids. Hence we had to find a way to get the parasite inside the organoid, without damaging the outer organoid structure. For this, we first developed a micro-injection procedure which enabled injection of oocysts (the infectious form of Cryptosporidium) into the organoid lumen. Although it sounds like a cakewalk, in reality all our patience came into play while we standardized this part!

Our eureka moment came early on when we noted a gp15 signal, which was also positive for Sporo-glo (both marking the intracellular stages of the parasite) already at 6 hours post injection. Within 24 hours, the injected oocysts had released their sporozoites which invaded epithelial cells and formed trophozoites.  These then developed into the Meront I stage with 8 merozoites. What followed was a series of “marathon micro-injections” to visualize various stages at different time points.

The sexual stages – microgamonts and macrogamonts – could be seen 72-120 hours after injection and at about 120-172 hours post injection, we found the organoid lumen full of newly generated oocysts. All these stages were visualized using 3 different techniques. Immunofluorescence (IF) imaging was first performed to detect the presence of parasite at different time points and ascertain the time from injection to formation of new oocysts. Scanning electron microscopy (SEM) was used to visualize the interior apical surface of the organoids infected with parasite. Long microvilli covering the parasite were clearly visible. Transmission electron microscopy (TEM) allowed us to see the internal parasite structure much more precisely and thus helped us characterize the stages at each time point. With the confirmation that the organoid was providing amenable conditions for the parasite to complete its whole life cycle, another question arose – are these new oocysts actually functionally active and infectious? At this point our expert parasitologist collaborators came to our rescue and helped us perform an elegant mouse assay which would confirm just that. Neonatal mice, which are susceptible to Cryptosporidium infection, were fed sporozoite injected organoids collected at different time points post-inoculation. Histological analysis of the mice intestines confirmed that infection occurred only in mice which were fed the day 5 organoids (which would have the newly generated oocysts), while the day 1 organoids (with intracellular stages but no newly generated oocysts) failed to produce any infection. Using an oocyst specific antibody, we could also isolate the newly generated oocysts from the organoid lumen.

As a final wrap up of our story, we looked at the transcriptome profiles of the organoids and the parasite. We performed RNA Sequencing on injected organoids and accessed the transcriptional response in host epithelial cells upon infection. An upregulation of IFN-1 response genes was observed in host epithelial cells of both lung and intestinal organoids. A temporal analysis of the Cryptosporidium transcriptome demonstrated genes related to the parasite’s life cycle being expressed at time points appropriate to the parasite stage of development.

The "Crypto family" sits happily inside the Organoid

To our knowledge, our study is the first to use small intestinal and lung organoids to study the whole life cycle of Cryptosporidium parvum. Our long -term assay confirmed that the parasite could be grown in the organoids for at least 21 days, which provides a great opportunity for researchers to study the host-microbe interaction of the parasite in more detail. This proof-of-concept study demonstrates that organoids can be useful for studying infectious diseases affecting various organs of the human body.  In the future, a co-culture system incorporating immune cells with the epithelial organoids should enable testing immune responses occurring within the body in response to pathogenic infections. Furthermore, in the case of intestinal infections such as Cryptosporidium, co-culture experiments with microbiota will provide insights into pathogen-microbiome interactions. We envision that this study will open various new avenues in the field of host-microbe interactions.

The life cycle of Crypto as seen inside the Organoid (imaged using TEM,SEM and IF) 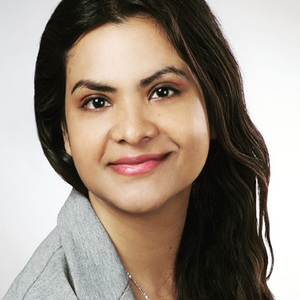