Global health students and researchers at McGill University were fortunate to welcome Paul Farmer last week. On May 14th, Paul Farmer, co-founder of Partners in Health and a professor at Harvard University, delivered the inaugural Victor Dzau and Ruth Cooper-Dzau Distinguished Lecture in Global and Population Health. A day before that, Partners in Health (PIH) Canada, along with McGill Global Health Programs, screened Bending the Arc, an inspiring movie about how Paul Farmer, Jim Kim, and Ophelia Dahl started a movement that became PIH. Paul attended the movie screening and interacted with the audience.

During my conversation with Paul Farmer (you can watch the entire video), I learnt a lot. While the conversation covered a variety of issues, from the Lord of the Rings (Paul's favorite book) to Arcade Fire (a Canadian rock band that raises funds for PIH), in this post, I will try and summarize a few key takeaways.

Socialization of scarcity on behalf of others

I asked Paul why health is such a hard sell for governments, and why 40 years after Alma Ata, half the world's population lacks access to essential health services? Countries under-invest in health, and, because of the under-investment, choices are often made between prevention and treatment; between disease A versus B; and between disease control versus clinical care.

Paul responded by wondering "Why is that political elites are socialized for scarcity on behalf of other people? And how can that be reversed?" He suggested that we need to look to experts like Amartya Sen to understand why elites and those with resources under-invest so dramatically in healthcare and also in education. He argued that some people are willing to push harder to increase the investment in health. "We can push harder to increase that. It can't be just about lamenting the under-investment," he added.

Echoes of the colonial past

To better understand socialization of scarcity on behalf of others, we need to understand the history of colonialism, Paul argued. "To not talk about colonialism is just a huge error," he said. "Look at West Africa. The rise of the disease control versus care logic, that began in the late 19th century there... I am not excusing national governments, but there is a history to this chronic under-investment." For those who want to learn more about the long-lasting negative effects of colonialism, Paul Farmer's book "Reimagining Global Health" has an entire chapter on the theme.

We discussed the negative impact of colonialism within Canada, among Canada's Indigenous peoples. To give one example, tuberculosis rates are almost 300 times higher among Inuit than for the non-Indigenous Canadian born population. "These unacceptably high rates reflect the Inuit’s unique experience with TB, a long history of social inequities, and the ongoing impacts of colonization.

Global health needs to be more than just a hobby

In his books, Paul has written about the need for global health to be 'more than just a hobby.' I asked him how he stayed in academia, and still managed to do large-scale, impactful work on the ground in many countries (PIH has projects in over 10 countries). I also asked him what investments universities need to make, to ensure that global health is more than just a hobby for students and researchers.

Paul responded by talking about the support he received from various leaders ('enablers' he called them) at Harvard University, including Victor Dzau, Arthur Kleinman, and Eugene Braunwald, and the critical importance of such support. "To build the kind of career that you want, you need help along the way." he said. He also spoke about the need to work with big teams, and work with local health workers who are committed to health equity.

Global health in retreat: Who will step up?

America is the most generous donor when it comes to development assistance for health. But with the US scaling back on global health investments, who is to pick up the slack?

"I would not bet against the US," Paul replied. "It's not over until it's over. The crown jewels of my country are the universities and the NIH. They might feel tempted to be socialized for scarcity on behalf of others, but we can't let that happen," Paul added. "We can put time into explaining to the American people what things like this have done. PEPFAR? I don't think a lot of people thought it was George Bush who would make the largest commitment to global health equity the States has made. Do you think anything like that could have happened under the colonial rule? It hasn't. It couldn't have."

What role can Canada play in global health?

"I believe that Canada, per capita, gives more money to Haiti than any other country... Canada does a lot. You have a progressive foreign policy, as stated, but how do you implement it? I hope that gender equity, health and education don't fall off the Canadian... Foreign policy seems like a cheap word, because we are also talking about Indigenous people here, who have been, in the past, treated like they were a foreign population."

We then discussed the Lancet Series on Canada, which highlighted Canada's potential to emerge as a strong leader on the global health stage, especially in the context of increased nationalism by some major powers in the world. However, the Lancet Series pointed out that "poor coordination of efforts, limited funding, and the unaddressed legacy of Canada's colonisation of Indigenous peoples weaken the potential for Canadians to make meaningful contributions to improvement of global health equity."

Paul pointed out similar issues in the US (e.g. Black civil rights). "These are post-settler, post-colonial societies. Why go back to the past? Because, just listen to people... The historical reckoning of the Truth and Reconciliation process has been very moving to me, as a Fan of Canada."

Ebola is back: what can we do better?

Ebola is back in the Democratic Republic of the Congo. I asked Paul why we cannot seem to prevent these outbreaks? What can we do better this time and what did we learn from the last epidemic?

"Ebola is more a symptom of something," Paul replied. "The West African story is painful. With the exception of Doctors without Borders, the whole world was late... The lesson I would take out of the West African epidemic is that it is important to integrate prevention with care. Because people, when they are sick, are not looking to be sprayed, controlled, counselled, told about bush meat... they are looking to survive, and when they see the quality of care is not good, they are going to flee... Control without care is what amplified the epidemic... I hope the epidemic will be contained, but it does not have to be at the expense of trying to take care of people so that the majority survive."

During the Q&A session, Dr Victor Dzau, President of the National Academy of Medicine, and one of Paul's mentors, spoke about Paul's great commitment to equity. Paul responded: "Yes, and why not? There will be technological advances. That comes from basic investments and discovery sciences. But what is our plan, our equity plan to get that? We mentioned (an Ebola) vaccine, something that wasn't around in 2014. But what is our equity plan?"

President Bill Clinton, in his foreword to Paul's book "To Repair the World," wrote: "Paul's personal strengths - his commitment to justice, his determination to fight on behalf of the poor, his tenacity in following up with patients and families, his dogged focus on making good policies and seeing them through to implementation, and his immense reservoir of optimism - make him the ideal teacher of how to change the way we see the world and how each of us can do the kinds of things he does in our local communities or halfway around the world."

In Montreal last week, we got a first hand glimpse of Paul's strengths and his commitment to equity in global health. Merci de nous inspirer, Paul!

Note: I have edited my long conversation with Paul Farmer for clarity and brevity. The full interview can be watched online: 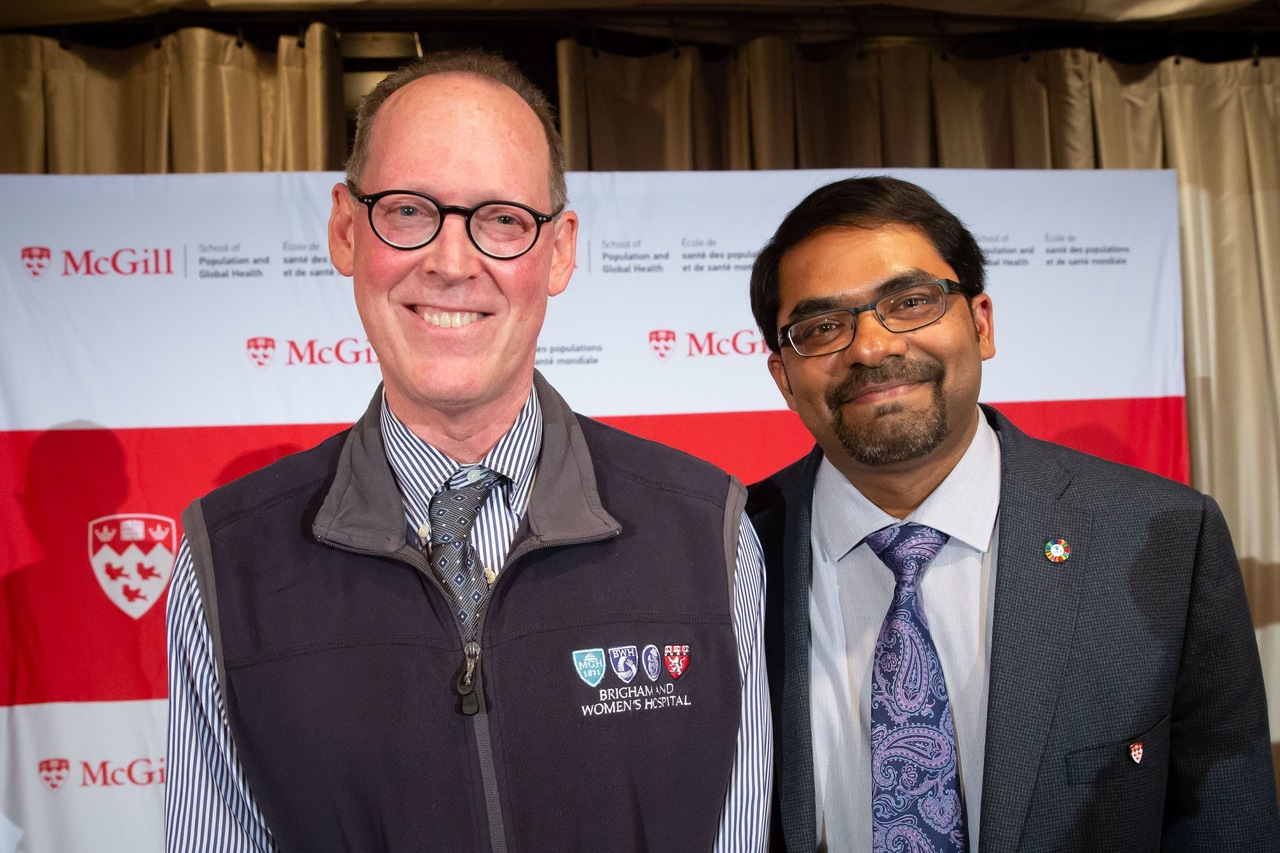 Paul Farmer recently visited McGill University, to deliver the Victor Dzau and Ruth Cooper-Dzau Distinguished Lecture in Global Health. Here are some key takeaways from my conversation with him.