One More Drop of Blood: Dedifferentiate for Your Life!

How Leishmania parasites take advantage of their vector’s multiple blood meals to survive in nature.

The paper in Nature Microbiology is here: http://go.nature.com/2HRwDdH

Sand flies transmit leishmaniasis, a neglected infectious disease with a wide distribution range. A few decades ago, we learned that sand fly vectors obtain the Leishmania parasite from an infected host as they take a blood meal and then transmit it to a new host by bite. However, reproducing this scenario in the lab has been challenging. So, to be able to study leishmaniasis, we had to artificially feed the flies on a glass feeder containing blood mixed with a lot of parasites. Based on these lab-adapted infections, we obtained a good understanding of the complex life cycle of Leishmania parasites in the vector. But, how close is it to what is occurring in nature? How does Leishmania insure its survival, maturation and successful transmission at a rate that maintains disease endemicity in nature? What is the secret for this successful parasite/vector interaction in nature?

These questions ignited my interest. It all began in my first year as a postdoc in Dr. Valenzuela’s group at LMVR/NIH. When you arrive at a place that has the parasite of your long-term studies plus the insect vector that transmits it, the coolest thing you can do is to look at the infection in situ. So, I started to look at some leftover flies when transmission experiments were completed. The first thing that called my attention was that the great majority of the parasites remained inside the sand fly midgut even after transmission. Well, we knew from the literature that only very few parasites were transmitted. But, I wondered what happens to the huge number of infective parasites (metacyclics) that remain inside the sand fly vector? So, I kept looking and saw that after the infected sand fly took a second uninfected blood meal, all the parasites were still there, alive, but had changed form!

Until this study, infectious metacyclics were considered as terminally differentiated forms that arise after days of development inside the vector through a phenomenon we know as metacyclogenesis. However, to our amazement, after a transmission event (when the sand fly takes a subsequent bloodmeal), the remaining metacyclics inside the sand fly rapidly dedifferentiated (or reverted) to a multiplicative stage that we named “retroleptomonad promastigote”, through a phenomenon we called reverse metacyclogenesis.

A Leishmania metacyclic promastigote dedifferentiating to the new retroleptomonad promastigote. Reproduced from the paper in Nature Microbiology: http://go.nature.com/2HRwDdH

It took a little while for us to “digest” this new information that challenges the dogma of the unidirectionality of Leishmania differentiation and establishes dedifferentiation of metacyclics to replicative forms.  But these data became even more vital for our understanding of Leishmania biology. Sand flies, like most vectors, take multiple blood meals, every 5-6 days, during their lifetime and in the process ingest parasites from the skin of an infected host. So, we questioned whether the profound effect of a subsequent blood meal on a mature infection inside the sand fly (dedifferentiation and proliferation of metacyclics) would equally apply to early infections. We observed that the second blood meal is crucial to rescue the few parasites picked up by the sand fly after feeding on an infected host. If the vector does not take a subsequent blood meal (in our study, an uninfected blood meal), the parasite infection in the vector is mostly lost. Also, a second blood meal taken early after infection, delays the differentiation process, allowing the parasites to proliferate at high rates and to successfully establish in the vector midgut; while a third blood meal ‘or more’ taken after infection, will encounter mostly metacyclics present throughout the anterior midgut. As we said earlier, some metacyclics will be transmitted during blood feeding but the great majority will remain in the fly, de-differentiate and reset the infection. The ability of metacyclic promastigotes to dedifferentiate to replicative retroleptomonad promastigotes that amplifies their numbers before differentiating back to metacyclics changes our perception of how infectious a sand fly can be. Incredibly, it also demonstrates that an infectious sand fly enhances its infectiousness with every blood meal it takes.

Updated life cycle of Leishmania parasites inside the Sand Fly vector. Reproduced from the paper in Nature Microbiology: http://go.nature.com/2HRwDdH

In summary, this work enriched our understanding of how a Leishmania parasite fine tunes itself to colonize the vector and succeed in nature. It gives us a new optic on the life cycle of this parasitic disease. We hope our findings will shed some light on the path to control this microbe. 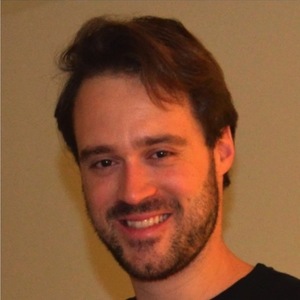