Dynamics of persister cells in biofilms and their impact on biofilm growth, survival and recovery from antibiotic treatments.

How do environment-dependent switching rates between susceptible and persister cells affect the dynamics of biofilms faced with antibiotics?

Bacterial biofilms are resilient to numerous stresses, including antibiotic treatments. By resilient, I mean they are capable of survival, recovery and adaptation. This paper emerged from the intention to identify what support biofilm resilience to antibiotics. We hypothesized that biofilm antibiotic resilience relies on their heterogeneous response to disturbances. Biofilms are heterogeneous beings, spatially, genetically and phenotypically. Consequently, a same disturbance does not affect a whole biofilm in a homogeneous way. Parts of biofilms survive and enable their recovery. The phenotypic heterogeneity of biofilms is in part generated by the formation of cells tolerant to various stresses, namely the persisters.

Persisters are dormant-like cells formed randomly or in response to environmental changes. They form small sub-populations of non-growing cells barely affected by antibiotics. This state is reversible and persisters may switch back to actively growing susceptible cells and regenerate whole populations. Persister formation relies on various mechanisms, including toxin/anti-toxin modules, the stringent and SOS stress-responses. The large literature on bacterial persistence highlight the diversity of persisters and the active maintenance of phenotypic heterogeneity by bacterial populations. Thus, we focused on the formation of persisters in biofilms and chose to test different strategies and dynamics of formation of persisters and quantify their impact on biofilm antibiotic resilience.

To do so we used computational modeling which enabled to identify different patterns of growth, survival and recovery depending on the dynamics of persister formation. Persisters are experimentally difficult to study, owing to their ephemeral nature. Simulation results could make it easier to relate experimental observation to persister formation mechanisms. Our results suggest that accounting for persister formation dynamics should be important for biofilm eradication but could also explain shifts in community composition for ecological microbiology.

As far as we are concerned, this study is part of a larger attempt to emphasize the capacity of bacterial populations to generate the diversity necessary to face disturbances and adapt to environmental fluctuations. Although genetic mutations have been for a long time acknowledged as the fuel of adaptation, we start to notice that bacteria evolved several ways to generate non-genetic phenotypic diversity. 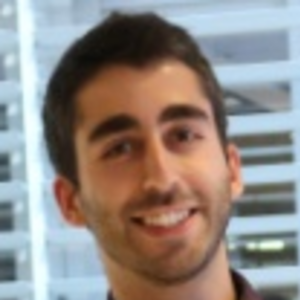