A new study in Nature Communications reveals how ants get essential amino acids from their microbiome.
Ben Libberton
Science Communicator, Freelance
Follow
Like Liked by Andrew Jermy and 2 others

A little known fact about herbivorous ants living in tree canopies is that they have over 3 orders of magnitude more bacteria in their gut than their ground dwelling relatives. Researchers may have now found the reason why. A team led by Yi Hu and Jon Sanders found that the extra bacteria in the guts of canopy dwelling ants recycled urea and probably uric acid, giving the ants a form of nitrogen that can be used to synthesise amino acids.

Scavenging nitrogen is tricky for herbivores who's diets are typically lacking in usable nitrogen. "We don't know the exact breakdown in nature, but it's clear that the canopy-dwelling ants are getting enough nitrogen from eating small quantities of the vertebrate urine and fecal matter they come across in the trees-and from their own waste-to enable them to eat mostly plants," said Jon Sanders, co-lead author on the paper. In this study, it was only urea that seemed to give the ants more usable nitrogen. The team found that the symbionts were able to liberate small quantities of nitrogen from glutamate, but not the same level. They also found that the microbial community was unable to fix atmospheric nitrogen.

When the ants were treated with antibiotics, they were unable to acquire nitrogen in a usable form when feeding solely on urea. The importance of the symbiosis explains why it is highly conserved and approximated to be 46 million years old.

Nitrogen acquisition is a major challenge for herbivorous animals, and the repeated origins of herbivory across the ants have raised expectations that nutritional symbionts have shaped their diversification. Direct evidence for N provisioning by internally housed symbionts is rare in animals; among the ants, it has been documented for just one lineage. In this study we dissect functional contributions by bacteria from a conserved, multi-partite gut symbiosis in herbivorous Cephalotes ants through in vivo experiments, metagenomics, and in vitro assays. Gut bacteria recycle urea, and likely uric acid, using recycled N to synthesize essential amino acids that are acquired by hosts in substantial quantities. Specialized core symbionts of 17 studied Cephalotes species encode the pathways directing these activities, and several recycle N in vitro. These findings point to a highly efficient N economy, and a nutritional mutualism preserved for millions of years through the derived behaviors and gut anatomy of Cephalotes ants. 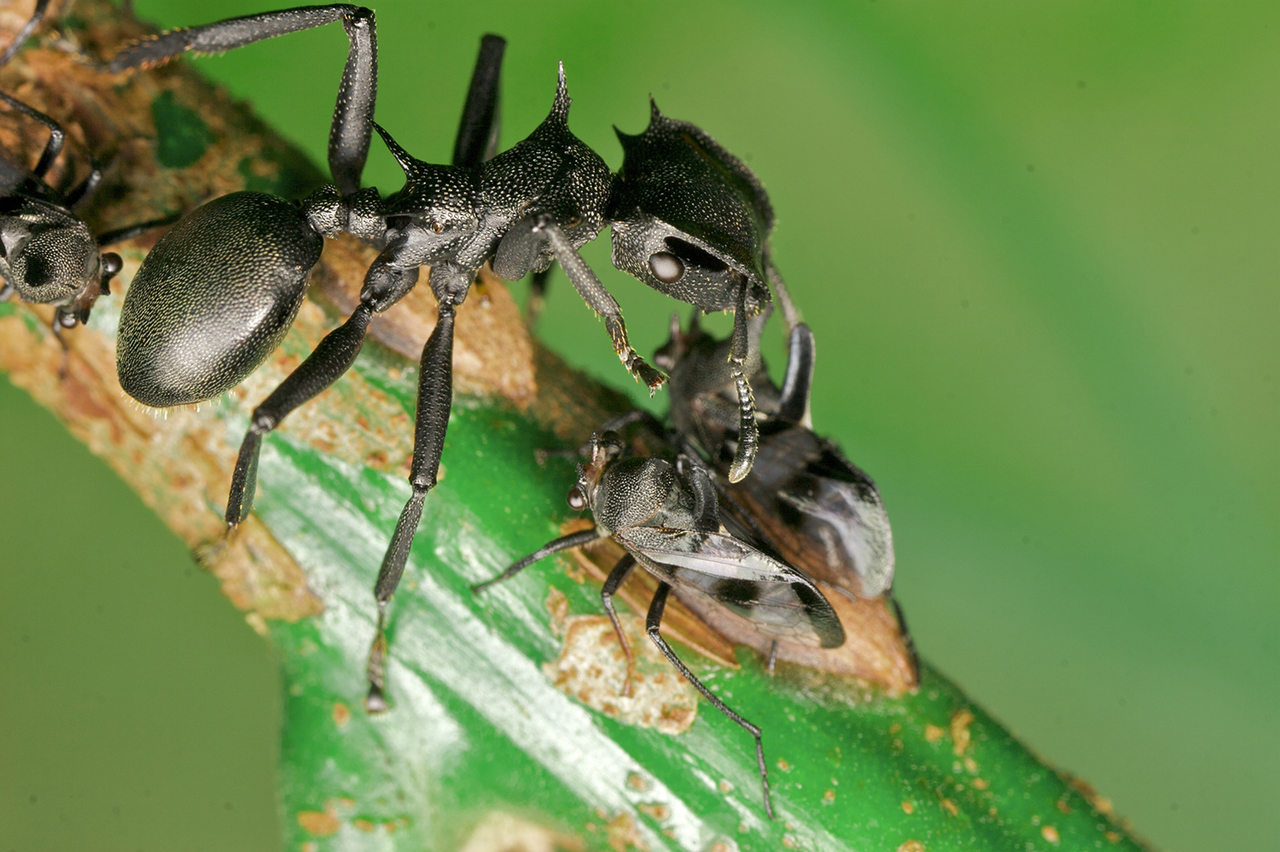 A new study in Nature Communications reveals how ants get essential amino acids from their microbiome.