The paper in Nature Communications is here: http://go.nature.com/2scz9Z4

Written by Maite Villanueva and Iñigo Lasa on behalf of the co-authors.

Living organisms need to sense and respond to stimuli to adapt to their environment. It is easy to imagine how difficult life would be for a blind eagle, a deaf antelope or an anosmic (unable to smell) wolf in nature. Despite their simplicity, bacteria also have mechanisms to sense and respond to the environmental conditions and they have their particular ears, eyes and nose sensorial systems. The most common sensorial system in bacteria is composed of a membrane located sensor protein that in the presence of one stimulus activates a specific cytoplasmic protein partner that effects an appropriate change in cellular physiology. This simple sensorial structure is known as two-component-system (TCS). The number of sensor-regulator pairs present in a bacterial genome is proportional to the diversity of environments in which bacteria live. Accordingly, bacteria living in a uniform environment typically encode relatively few two-component signaling proteins. By contrast, those bacteria that live in multiple environments typically encode large numbers of these signaling proteins. We then implicitly assume that bacteria gain the capacity to colonize a new environment when they acquire a new TCS. Under this assumption, we could hypothesize that the successive removal of the TCSs present in a free-living bacterium would result in a cell that might resemble a primitive ancestor that lived previous to the acquisition of the sensorial systems that allowed colonization and expansion to new environments. The first time that we applied for a grant to explore this hypothesis, the project was rejected because reviewers presumed that the accumulation of deleterious effects caused by the successive mutation of TCSs would convert free-living bacteria into uncultivable cells. Here, we show that this is not the case and that we have been able to remove fifteen out of the sixteen TCSs present in the major human pathogen Staphylococcus aureus without affecting its capacity to grow in the laboratory. Therefore, only one TCS is vital to support S. aureus growth. Moreover, such a TCS is dispensable for life when bacteria is not dividing.
Another aspect that is implicit within the idea that TCSs bestow the capacity to colonize new environments is that each TCS should be self-sufficient. To analyze this issue, we have made use of the S. aureus mutant deprived of all TCSs to generate a collection of derivatives, each containing a single TCS. This collection of strains has allowed us to confirm that each TCS functions as an autonomous entity able to confer the capacity to grow in a particular environmental condition. Finally, and through the use of further derivatives of such a collection, we have investigated if signal transmission between sensor and response regulator proteins occurs uniquely between cognate pairs. In agreement with previous in vitro results, we show genome-wide that sensors only rarely cross-regulate non-cognate response regulator partners. For the near future, we envision that the S. aureus strain deprived of the TCS sensorial network will be an exciting tool to experimentally test how TCS evolution in bacteria has occurred.

Carmen Berasain
over 4 years ago 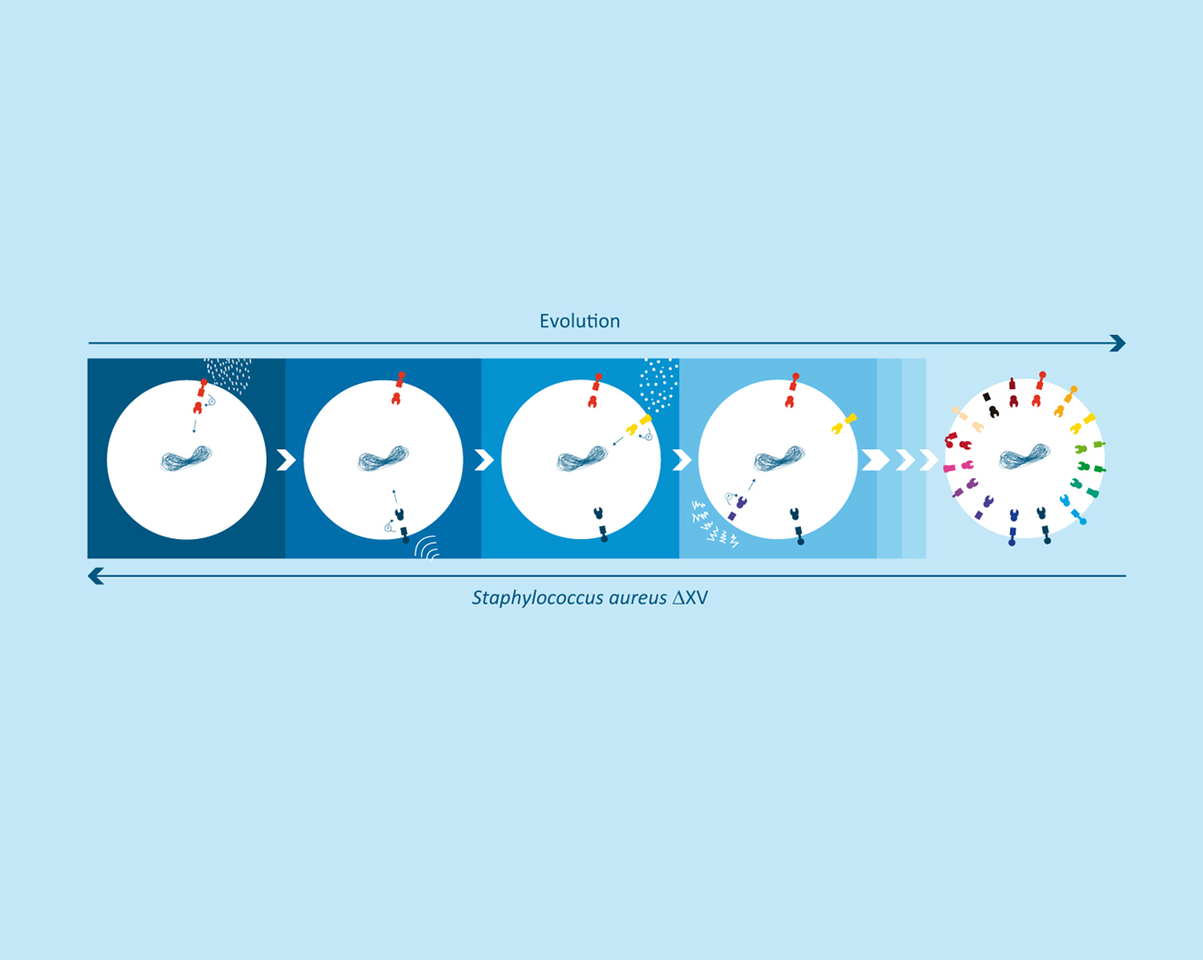