What has ZIKV undergone that triggered the explosion of the recent ZIKV epidemics?

The paper in Nature Communications is here: http://go.nature.com/2GueVNu

Zika virus (ZIKV) is a newly re-emerging arbovirus that was initially isolated from a sentinel rhesus macaque in the Zika Forest of Uganda in 1947. Until 2007, ZIKV had silently circulated in many parts of Africa and Asia without causing severe disease or large outbreaks. Genetically, ZIKV exists as African and Asian lineages. Over the past ten years, ZIKV strains from the Asian lineage have become explosive in causing global epidemics: it enkindled large-scale epidemics and migrated from West Pacific (Yap Island, Micronesia, 2007) to South Pacific (French Polynesia, 2013), and arrived in the Americas in 2014-2015. During the recent epidemics, ZIKV infection has enhanced its disease severity, including microcephaly and other congenital syndromes as well as Guillain-Barre syndrome in adults.

What have triggered the explosion of the recent epidemics and severe diseases? Besides the importance of herd immunity and antibody cross-reactivity among different flaviviruses (such as dengue virus), it is also likely that ZIKV has accumulated genetic changes that may account for the recent epidemics. Three non-exclusive hypotheses have been proposed for the genetic mutation theory. The first hypothesis is that ZIKV has accumulated genetic changes to enhance viral infectivity for mosquitoes, leading to more efficient transmission and increased number of human infections. This idea is supported by a recent study that a mutation in the NS1 gene enhances ZIKV to infect mosquitoes [Nature 2017, 545 (7655), 482-486]. The second hypothesis is that ZIKV has adapted to replicate more efficiently and generate higher viremia in humans, leading to increased cross-placental infection. This hypothesis is partially supported by the results that ZIKV has acquired a mutation in the prM gene to increase microcephaly when directly injected into the fetal brain from pregnant mice [Science 2017, 358 (6365), 933-936].

Our work aimed to test the third hypothesis: ZIKV has acquired mutation(s) that increases its ability to antagonize host immune response, leading to higher level of viral replication. We found that several ZIKV non-structural proteins antagonize host type-I interferons (IFN) production through targeting distinct components from the RIG-I pathway. Remarkably, compared with the pre-epidemic strains from Asian lineage, the epidemic strains isolated after 2012 have undergone an Ala-to-Val mutation at the residue 188 in the NS1 gene to suppress IFN-β induction. This mutation enables the protein binding to TBK1 and reducing TBK1 phosphorylation, a component from the RIG-I pathway essential for type-I IFN production, leading to higher replication levels of epidemic ZIKV strain in both cell culture and mice. Notably, the same NS1 A188V mutation is responsible for the enhancement of mosquito infection identified by Liu and colleagues [Nature 2017, 545 (7655), 482-486]. Therefore, the NS1 A188V substitution plays a dual role in enhancing mosquito infection as well as in increasing the antagonism of immune response, leading to enhanced epidemic potential of ZIKV.

It should be noted that African strains of ZIKV also contain the NS1 188V residue. Conceivably, an NS1 V188A substitution occurred when ZIKV spread from Africa to Asia decades ago, followed by reversion just before the American ZIKV outbreaks. Unexpectedly, it has been shown that the African strains have higher fitness and virulence in mosquitoes and mice than the Asian strains. Why the African strains do not cause higher infection incidents and severe diseases in humans? The lack of ZIKV diagnostics and surveillance limits our understanding of epidemiology and vector transmission in Africa. More field and clinical studies are needed to understand the epidemiology and vector transmission of ZIKV in the Africa. 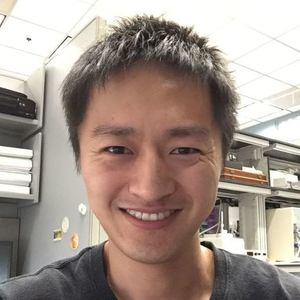