The paper in Communications Biology can be found here: http://go.nature.com/2F1AC5P

Synthetic biology applies engineering principles to molecular biology in order to reprogram cells for new tasks or as a way to better understand how they work and have evolved. As efforts in synthetic biology accelerate to the incorporation of ever-more complex systems into organisms, they are also shifting from simple tasks performed in individual cells to tasks achieved by more complex, multicellular systems formed of spatially-arranged cells. The formation of patterns is a widely-observed characteristic found throughout nature, and especially in multicellular organisms like animals, plants and insects. However, multicellular patterns can also emerge in organisms traditionally considered to be unicellular, such as some bacteria and yeasts.

Keen to understand and exploit how genetic programs can direct cells to grow in multicellular patterns, we began researching some of the simplest multicellular phenotypes, specifically working with cells that are almost otherwise always unicellular. Filamentation is one of these simple phenotypes, and is a key characteristic many fungal species, including yeasts, which switch to this multicellular lifestyle in order to withstand harsh conditions, or in the case of species such as Candida albicans, to enhance their pathogenicity. The commonly-used lab yeast Saccharomyces cerevisiae has silenced versions of the genes that direct a filamentation phenotype called pseudohyphal growth, and in exotic yeast strains where these genes are expressed they direct budding cells to remain attached and to elongate in response to nutrient starvation. This stops the yeast from growing as dividing spherical cells, and instead makes them form multicellular branched filament structures.

Using synthetic regulated promoters, we set-out to genetically manipulate this fascinating and complex multigene phenotype by building synthetic gene networks controlled by simple external stimuli. In doing so, we created a path towards genetically-programmed synthetic multicellular patterns growing on a 2D-plane. But since pseudohyphal growth is normally one of the most unwanted phenotypes when experimenting with yeast, we first had to restore expression of these silenced genes and use our synthetic promoters to force them to respond to the presence of inducer chemicals. The result was striking; we could take lab S. cerevisiae growing happily in rich media, add a chemical and rapidly the cells would elongate and start to form filaments of cells attached to one another with occasional branches of new filaments. The same sort of multicellular pattern seen around nature in roots, corals and tree branches.

To underline the modularity that synthetic networks offer in general, we developed multiple versions: one that works in galactose-based media and another designed for glucose-based media. That way, people working in different conditions don’t have to worry about our system not working. With these two cases different chemical inducers trigger the system. We also experimented to see the effects of S. cerevisiae genes that control the budding mechanisms of yeast (the BUD gene family) in order to see if the shapes of filaments that grow can be further changed by further tweaks at the genome level.

Finally, to show genetic networks of higher complexity, we interfaced our filamentation program with genetic ‘reset timer’ circuits and fluorescent protein outputs so that switching on and off of multicellular yeast growth could be slowed down and observed in more detail in our cells.

The initial goal of this work was to set the foundations for engineering synthetic multicellularity so that we can work out how individual unicellular cells can benefit from interacting and cooperating with each other to make structures and patterns. This could help with understanding how multicellularity evolved and also enable new uses of synthetic biology for applications such as patterned biomaterial production. Moving forward, we plan to develop systems to control cell differentiation and specialization within our growing multicellular systems. This would further expand the yeast synthetic biology toolset, and could help us further define multicellular patterns of greater complexity. 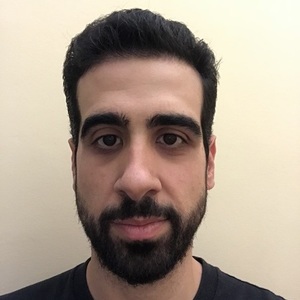