When a parasite hijacks your circadian clock

Sleeping sickness parasite accelerates the clock of its host

The paper in Nature Communications is here: http://go.nature.com/2lY1ID9

Sleeping sickness is a deadly infectious disease. It is caused by a unicellular parasite, Trypanosoma brucei, that is transmitted by a tsetse fly upon a blood meal. Patients experience sleep disruption: with somnolence during the day and insomnia at night. Despite the name of this disease, the total time spent sleeping appears normal. So, is sleeping sickness a sleep or a circadian disorder?

Once I pitched this same question to two amazingly curious scientists: the parasitologist Luisa Figueiredo (iMM João Lobo Antunes in Lisbon) and the circadian biologist Joseph S Takahashi (UT Southwestern Medical Center at Dallas), we started a collaboration to investigate if the disruption of the circadian clock was behind the symptoms in sleeping sickness.

I began by asking whether mice exhibited similar signs of disease as sleeping sickness patients. We measured the voluntary running-wheel behavior of mice infected with T. brucei. Mice love to run in wheels, and as nocturnal animals they do it almost exclusively during the nighttime. Infected mice on the contrary, shifted to run during the daytime, when they would normally rest.

Since the internal circadian clock drives the nocturnal behavior pattern of mice, we could test if infected mice had alterations in the circadian clock. But this meant we needed to maintain and infect mice in complete darkness. This was a challenge! We do have night vision infrared goggles, which, just like a microscope, one can adjust the focus. The problem is, just like a microscope, the focus of the IR goggles is just a thin plane, so whenever I moved my hand with the syringe (full of parasites) or the mouse out of this thin plane, it all became blurred. In the end, it all worked out! And curiously, instead of a very stable activity period close to 24h, infected mice gradually shorten the periodicity of activity rhythms. If mice are waking up earlier and earlier every day, are the genes that regulate this clock also affected? To answer this question, I had to pull a few all-nighter pajama parties in the mouse room to collect samples day and night, hijacking my own clock. The clock genes were indeed accelerated (the mice’s, mine were not yet tested). This was crucial evidence that in fact the circadian clock is advanced in a sleeping sickness infection, suggesting that the sleep disruptions observed in patients may be in fact a circadian disorder.

Why would evolution select such a trait in a parasite? Numerous speculative hypotheses can be made. Shifting sleep/naps to daytime may have been advantageous for transmission. The transmission vector, the tsetse fly i) is diurnal; ii) is attracted to movement and tracks mammals for their blood meal; and iii) has a painful bite, taking a long, 20-30 second, blood meal (tsetse flies can be killed by the defensive movements of the host). Perhaps, having a host that is active (attraction) but that takes sudden naps during the day, not interrupting the blood meal, may increase chance of transmission.

It is also possible that an accelerated clock induced by the infection could compromise the well-orchestrated host immune system, or accelerate the host metabolism, all of which are under circadian control.

After disrupting my own circadian clock with all these nocturnal experiments, I’m happy we shed some light into the underlying causes of sleeping sickness. Now it’s time to search what the parasite may be secreting... but in the meantime, let’s take a nap! 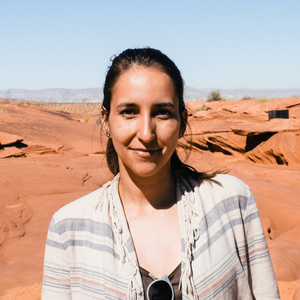 In love with circadian rhythms, and searching whether parasites also have them.
Follow