Written by Matthew Aliota on behalf of project ZEST.

In early 2016, at the outset of the Zika epidemic in the Americas, a group of us at the University of Wisconsin-Madison formed a multi-center, multidisciplinary team dedicated to the public health and research response to Zika virus (ZIKV). We call ourselves the Zika Experimental Science Team or ZEST (see zikalabkey.com). Our initial goal was to develop a relevant animal model to better understand ZIKV natural history and pathogenesis in a host that has salient similarities to human pregnancy and biology. We chose the rhesus macaque, because macaque monkeys can be productively infected with multiple unmodified ZIKV strains, experience the same clinical symptoms (or lack thereof) as humans, and macaque pregnancies resemble human pregnancies more closely than mice. Since then, we and others have established that Asian/American lineage ZIKV infection of macaque monkeys results in the detection of virus in the same fluids and tissues for the same amount of time as in human infection, and infection during pregnancy results in highly efficient vertical transmission to the developing fetus. However, all studies to date had relied on needle inoculation to initiate infection.

Therefore, we asked does needle delivery of ZIKV fundamentally differ from mosquito-bite delivery of ZIKV? We asked this question because we wanted to improve upon our model, and for more than three decades it has been recognized that small amounts of vector saliva can significantly alter the infectivity of vector-borne pathogens and subsequent in vivo dynamics. This phenomenon largely is the result of how a mosquito feeds.

When a mosquito feeds it inserts its mouthparts into the skin and then actively probes within the tissue for blood. When blood is found, the mosquito begins feeding either directly from the vessel or from the resulting hemorrhage. Throughout this process, a mosquito injects saliva into the host. The saliva of hematophages, including mosquitoes, is a cocktail of potent pharmacologically active components that prevents clotting and causes vasodilation, as well as alters the inflammatory and immune response, to help facilitate blood feeding. Pathogens such as ZIKV exploit this system to infect new vertebrate hosts. Simply put, it is impossible to replicate the biological, physiological, and mechanical phenomena of mosquito feeding and/or probing using a needle.

Generating ZIKV-infected mosquitoes to use in natural feeding experiments with rhesus macaques is not a trivial task. We start by infecting type I interferon deficient mice with ZIKV, and then at peak viremia allow Aedes aegypti to feed on these mice. After feeding is complete, blood fed mosquitoes are sorted from unfed mosquitoes and are housed in pint soup cartons with mesh over the top.

The key to getting these mosquitoes to feed a second time is providing an opportunity for them to lay their eggs. We encourage egg laying by gluing plastic shot glasses (the kind you can find in the liquor section of any grocery store) to the bottom of the soup carton, filling the shot glass with water, and placing a small piece of paper towel inside to serve as a substrate for eggs to adhere to. After twelve days, ZIKV-exposed mosquitoes are allowed to feed on ZIKV-naive rhesus macaques. After feeding, the mosquitoes are returned to the laboratory and saliva collected using a glass capillary tube charged with a warm FBS/sucrose solution to estimate the number of mosquitoes that likely were transmitting ZIKV while feeding on the monkeys.

Not surprisingly, there were noticeable differences in replication kinetics and tissue tropism after mosquito bite delivery of ZIKV. It turns out that infection via mosquito bite delays ZIKV replication to peak viral loads in rhesus macaques. Importantly, in mosquito-infected animals ZIKV tissue distribution was limited to hemolymphatic tissues, female reproductive tract tissues, kidney, and liver, potentially emulating key features of human ZIKV infections, most of which are characterized by mild or asymptomatic disease. We also found that mosquitoes transmit unique ZIKV populations during feeding episodes. In our study 4/4 animals were infected in a single feeding session, suggesting that mosquito delivery of ZIKV in nonhuman primates provides a tractable animal model of natural transmission that can be applied to many other mosquito-borne pathogens; and can be applied to better understand ZIKV transmission, systemic spread, and factors that influence disease outcomes. Ultimately, these data underscore the importance of studying pathogenic outcomes following natural exposure to a pathogen. 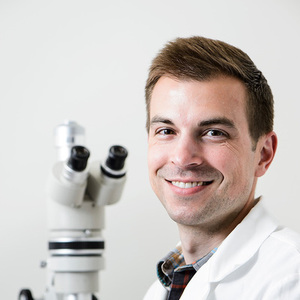