Searching for global patterns of soil bacteria
Kelly Ramirez
Postdoc Researcher, Netherlands Institute of Ecology
Follow
Like Liked by Ben Johnson and 2 others
1

The paper in Nature Microbiology is here: http://go.nature.com/2AhASzB

It is well known that we live in a microbial world – with microbes all over our bodies, in our homes, in the air we breath, and in the ground we walk on. In the soil, these bacteria, fungi and other eukaryotes help plants grow, cycle water and important nutrients, and keep our ecosystems functioning. Researchers all over the world are using high-throughput sequencing to study these important microbes, but keeping the corresponding data catalogued and organized is a challenge - especially if we are to use it to respond to questions of global change. In our recent study, we tackle this challenge by bringing together disparate soil bacterial datasets from over 1900 soil samples collected from 21 countries spread across the world.

The origins of our “mega-meta-analysis” as we came to call it, were not so straightforward and were truly a result of multifaceted collaboration. The idea first began during my non-traditional postdoc position as the Executive Director of the Global Soil Biodiversity Initiative. Led by Prof. Diana Wall (head of the GSBI), I traveled around the world giving a voice to the importance of soil biodiversity for sustainability of ecosystem services. Along the way we realized that global efforts to keep track of soil biodiversity data were lacking and there was no framework to synthesize this data. Thus I applied to the German Synthesis Centre for Biodiversity Sciences (sDIV) in Leipzig, Germany, and was granted the opportunity to organize sOILDIV, a workshop to begin building a framework to improve our understanding of the distribution of global soil biodiversity. While we made progress, after the meeting many questions remained - specifically, how to handle the enormous amount of sequence data. Thus my colleague and co-author Dr. Franciska de Vries picked up the torch and organized a second workshop, this time funded by the British Ecological Society.

Bringing us to May 2015. In  sunny, windy, rainy,  Manchester, UK, we met with over 20 scientists and more than 40 sequence data sets to figure out if we could answer meaningful ecological questions from merged disparate sequence data? We found what many who have done a meta-analyses have found: raw data are tough to track down. However, Rob Griffiths of the Centre of Ecology and Hydrology, UK spoke up and suggested that instead of using raw sequence data we try to use the unconventional approach of combining data using taxonomy names in the original taxa abundance tables (aka OTU tables).

Enter co-lead author Dr. Chris Knight. Using his expertise in quantitative techniques and computational models Chris combined the OTU tables and, using machine learning models (‘random forests’), began searching for the particular groups of bacteria (taxa) that structured the community, in other words, the taxa most relevant to indicating changes in the soil. We found that some bacteria always show up in soil, no matter where it was collected from. But other bacteria are more picky, and those species are the ones we should pay attention to. These are the bacteria that characterise different sorts of soil and may be able to tell you when your soil is in trouble, or indicate change.

The process for identifying such taxa is not straightforward. When different researchers study different soils in different places around the world, the unifying question is what are the differences in the bacterial communities among the soils? But that’s not the only thing that changes among separate studies, each researcher uses different methodology and technique that influence that data, and make it difficult to extract patterns and answer questions. We wanted to get at the real patterns in community structure going on across all the different soils in different studies, while accounting for study differences. Our approach allows that, and provides important insight in how communities differ across soils, as well as a way of unifying these data. We found that while it is sometimes the large, high-level groupings of bacteria (‘Phyla’) that most obviously differ among studies, it is often lower level groupings (‘Orders’, for instance) that are most important in the community structure of particular soils. So an important outcome of this work was an approach that gave a picture of interesting biological patterns, despite all kinds of technical differences among studies.

This study provides a roadmap for bringing together and analysing microbial sequence data that has been collected by different people using different methods. It also gives insight into the bacteria that make a soil a soil, and the bacteria that might give us clues about how our soils are functioning and responding to global change. But, in addition to these important scientific findings, this study also demonstrates the power of collaborations because researchers who normally aren’t in a project together.

Here is a look back at the fun of working with scientists (especially Franciska):

Matthew Young
over 4 years ago

Wow, Kelly, you and your colleagues are accomplishing compelling work! Before I continue on, though, I should introduce myself. My name is Matthew Young and during recent months, I have undergone more apprenticing, researching, and studying as a recently started "Soil Ecology & Health Advocate" here in Minnesota. While I have both Bachelor's and Master's degrees in Environmental Studies, my passion for soil work has been relatively recent, largely since taking on the role as Community Garden Plot Coordinator at our cooperative in St. Paul. Thanks to working alongside Russ Henry, a Certified Soil Life Consultant, and learning more via the work of Dr. Elaine Ingham, I find myself more excited and driven to make an academic and professional future in soil ecology and soil health. In particular, given the incredible biodiversity and the systemic breadth and depth of our soil systems that largely needs additional data tracking and synthesizing of information, I would love to do the following. I would love to craft a citizen science focused app or website which allows the general public to learn accessible methods for soil sampling, as well as conducting follow up investigative work in charting numbers of fungi, oomycetes, nematodes, and other members of their home soil communities. Has such work been done? If so, I would be grateful to follow up and if not, this should provide all the more reason to innovate. With such knowledge and tools, perhaps then we can become stronger scientists but also stronger advocates for why sustainainig soil ecology is so vital. Later on, I would be grateful to study and publish on the soil microbiodiversity of indigenous communities and relatively undisturbed regions in learning how we can cultivate certain species and practice to restore more disturbed regions. Whoa, this is a longer comment than I anticipated but I do look forward to hearing from you! My best email is matteogiacomoyoung at gmail.com. Thanks all and keep up the great work! 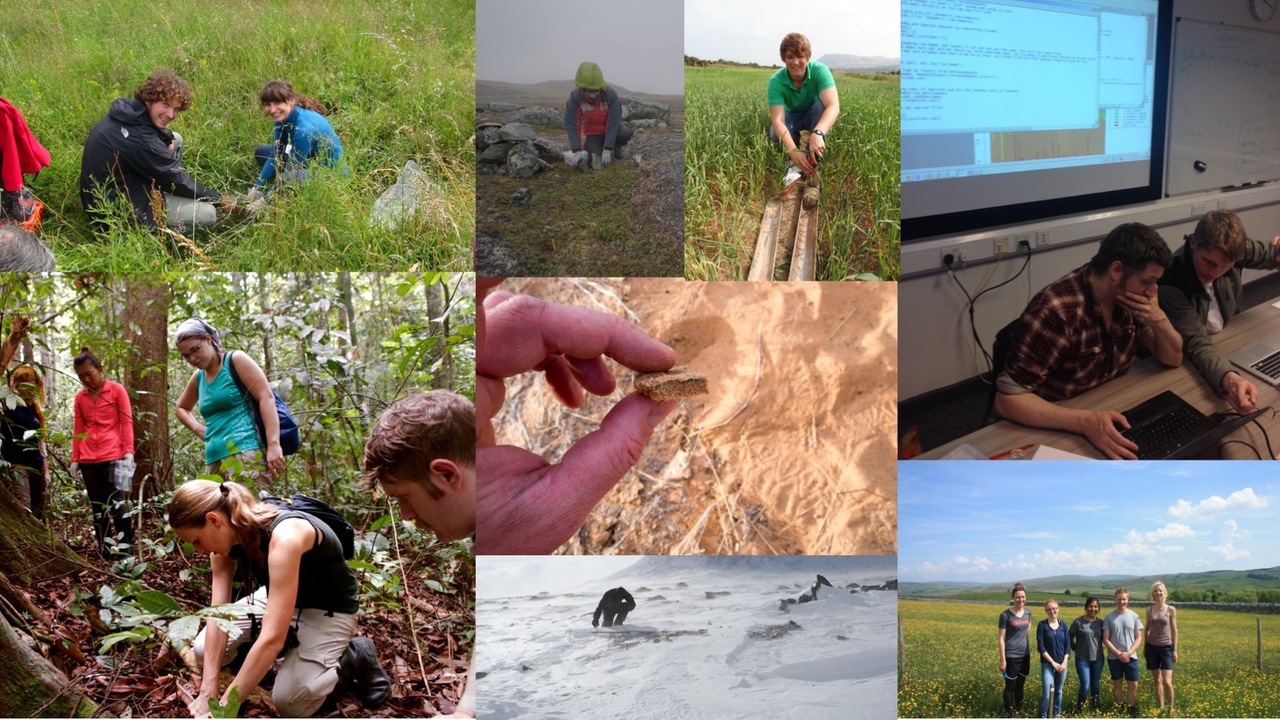