Stigma is standing in the way of worldwide elimination of tuberculosis (TB). That is the message being put forward by a recent special issue of the International Journal of Tuberculosis and Lung Disease (IJTLD) - dedicated to the measurement of stigma related to TB - and a timely commentary by a group of TB researchers and activists published concurrently in BMJ Global Health.

The global community is losing the fight against TB. This is plainly obvious to everyone involved in TB research and care, and even to people living in TB-endemic countries. But it is probably a surprising fact for everyone else. Today, over 10 million people worldwide are diagnosed with TB each year, and another 4 million are missed by national TB programmes around the world. Not to mention, nearly 2 million people die each year from TB, making it one of the top 10 causes of death worldwide.

The horrifying truth is: TB is a treatable disease. We’ve had effective drugs for curing TB since the 1940s. We have spent decades advancing treatment and diagnostics. But we are far from perfecting our response to the infection, which is focused on prevention and cure over and above TB's root social drivers and social consequences. As a result, the epidemic continues to ravage countries and destroy lives and families. It has matured in the wake of HIV and drug-resistant TB. What’s gone wrong?

The recent issue of the IJTLD - with three editorials co-authored by leading TB researchers, advocates, activists and former/current TB patients, as well as 11 original research and review articles - points directly to a glaring gap in global TB efforts that can no longer be ignored: measuring and addressing TB stigma. Historically, TB researchers and advocates have quibbled over whether TB-related stigma can and should be measured - “It’s not right to reduce something so complex into a single index or measurement!” “It’s too difficult to measure reliably!” “It’s too hard to argue and prove that stigma actually affects TB outcomes and the global epidemic as a whole!”

So on so forth.

Collectively, this IJTLD special issue and the commentary in BMG Global Health invariably demonstrated, and argued, the following: 1) Yes, we can reliably measure TB stigma; 2) Yes, TB stigma affects health-seeking behaviours and retention in care; 3) No, we have not done our due diligence to develop, and assess, interventions specifically targeting TB stigma in communities, in families, and even in healthcare settings; and 4) The time to stop the infighting is now, we have to work together, hand-in-hand, as TB researchers, as patients and healthcare workers, as advocates and activists, to combat widespread stigma against TB patients and their families. Only by doing this, will we slowly, truly, make a dent in the global fight against TB.

In the words of the authors of the BMJ Global Health commentary: “Raising awareness about TB stigma is insufficient to mitigate stigma. The TB community needs consciousness raising, a form of activism where people with and affected by TB come together to share their experiences, identify common struggles and begin collectively organising to change harmful practices.”

Until now, TB stigma has remained an enigma – we know it exists but don’t really know where it comes from or how to get rid of it. These new works encourage a path forward. 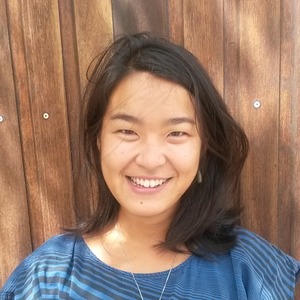