Our recent work in Nature Microbiology is particularly rewarding to me because my laboratory has been striving to uncover the in vivo cell tropism of murine norovirus for over a decade.

The paper in Nature Microbiology is here:

Our recent work in Nature Microbiology is particularly rewarding to me because my laboratory has been striving to uncover the in vivo cell tropism of murine norovirus for over a decade. In 2003, Dr. Christiane Wobus and I co-discovered the first murine norovirus (MNV-1) as postdoctoral fellows in Skip Virgin’s laboratory at Washington University School of Medicine. At the time, the cell tropism of noroviruses was not known because human noroviruses could not be propagated in the lab and they display fairly strict species-specificity. For that reason, one of our very first goals was to take advantage of the small animal model system to address the long-standing question of what cell type(s) noroviruses target along the intestinal tract. We were confident that we could resolve this question since MNV-1-infected mice shed substantial amounts of virus in their stool, indicating that they supported robust intestinal infection. Moreover, we could easily culture MNV-1 in murine macrophages and dendritic cells in vitro. But of course science is never as easy as one hopes.  When we stained intestinal sections from infected mice with antibodies targeting viral proteins or performed standard in situ hybridization (ISH) with virus-specific probes, we were extremely frustrated by the lack of convincing virus-specific signal.

I continued this quest in my own lab using a newly generated antibody to a nonstructural protein. After months of optimizing staining conditions to decrease the high background signal inherent to intestinal tissue while preserving sensitivity of detection, we were able to detect rare infected lamina propria cells and some signal in Peyer’s patches of mice lacking intact interferon signaling (J Virol 2007 81(7):3251-63). These results were still not satisfying because the paucity of signal was incongruous with the high amount of virus shed in the stool of infected mice.

So a few years ago when I began seeing results from other research groups using RNAscope-based ISH that highlighted its sensitivity and specificity, we decided it was time to revisit the question of in vivo norovirus cell tropism. Because we always felt that we were missing something in our analyses, my research group made the decision to aggressively pursue this line of investigation by “swiss-rolling” the entire small intestinal tract plus the colon for sites of viral replication.

We reasoned that one explanation for our previous difficulty in detecting viral signal was sampling bias:  While it has long been assumed that noroviruses infect the upper small intestine, results with murine noroviruses support instead quite remarkable virus strain-specific differences in regional preferences. Yet in our first RNAscope-based ISH experiment where we processed the top layer of each roll (L1), we again failed to detect significant numbers of virally infected cells. Dr. Katrina Grau, a postdoctoral fellow in our lab, dubbed the rare sites of infection as viral cities since they reminded her of flying over the lights of a city at night surrounded by vast areas of darkness (e.g., L1 below).

Being propelled by frustration and stubbornness, we decided to go one step further and analyze sections from deeper layers of each swiss roll (L2-L5). It was only then that we finally detected pockets of robust viral signal (e.g., L4 and L5 above). Nearly all of the replicating virus - as indicated by detection of the minus-strand viral RNA which is only produced in infected cells - was located in the gut-associated lymphoid tissue (GALT) within the distal two-thirds of the small intestine. This regionalization of infection was consistent with virus titers.

Specific target cells at the peak of acute infection were macrophages, dendritic cells, B cells, and T cells. Since T cells were not previously reported to support norovirus infection, we confirmed their susceptibility to MNV-1 infection in vitro. Importantly, these results are consistent with a recent report by the Estes lab at Baylor College of Medicine where a majority of human norovirus protein in intestinal biopsies of chronically infected immunocompromised patients was observed in lamina propria macrophages and T cells and lesser signal in dendritic cells and epithelial cells (J Gen Virol 2016 97(9):2291-2300). This consistency in human and mouse studies provides strong validation for using the mouse model for pathogenesis studies. Moreover, the finding that immune cells in the GALT are the predominant, if not the sole, target of noroviruses during acute infection raises questions about how these viruses breach the intestinal wall and the underlying pathogenic mechanisms that lead to disease.

The paper in Nature Microbiology is here: http://go.nature.com/2zk8E68 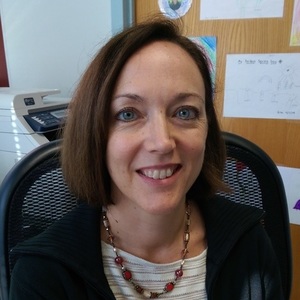