From Compost to Complexes

The paper in Nature Microbiology is here: http://go.nature.com/2zB2Eq8

Cellulases are key enzymes in the global cycling of carbon and in biofuel production. Though these enzymes are typically identified and characterized from fungal and bacterial isolates, in Nature they are produced by microorganisms growing in microbial communities. We were inspired by this observation to cultivate microbial communities to search for cellulases that were not accessible from cultivated isolates. We established long-term cultivations of cellulolytic consortia at high temperature and found that they produced interesting enzymes that were thermotolerant and active in the presence of ionic liquids, which our colleagues at the Joint BioEnergy Institute (JBEI) have found were particularly effective at pretreating plant biomass. To advance our fundamental understanding of these cellulases and to develop new process conditions for converting plant biomass with these enzymes, we decided to scale cultivation of this cellulolytic consortium from 50 mililiter shake flasks to a 300 liter bioreactor. We were fortunate to have access to scale-up bioreactors at the Advanced Biofuel Process Development Unit (ABPDU), which is located downstairs from JBEI.

I admit I was skeptical that we could maintain the same microbial community and protein production scaling the cultivation 6,000-fold, but we were pleasantly surprised when the enzyme activity data and microbial community composition data started coming in, indicating that we had maintained the community and its performance.  We were fortunate to archive samples throughout the scale-up, allowing us to track the community composition over time and identify a pioneer population, ‘Candidatus Reconcilibacillus cellulovorans’, whose genome possessed a cluster of cellulases and xylanases that was different from its close relatives, but similar to gene clusters found in the genomes of obligate gram-positive anaerobes found in hot springs. Though we were intrigued by the structure of the gene cluster, we thought it was not relevant to the active cellulases from the culture since ‘Ca R. cellulovorans’ was present at 1% abundance when the culture was harvested. I was shocked when we performed proteomics on the purified cellulases and found that the majority of the activity arose from the three cellulases encoded in the gene cluster. Our surprise was compounded by the observation that these cellulases were organized into complexes, which were distinct from cellulosomes. These complexes were remarkably stable, remaining intact in the presence of detergent and proteases. In collaboration with the Complex Carbohydrate Research Center at the University of Georgia, we identified glycosylation as critical for the formation and stability of the complexes.

This cellulolytic consortium taught us valuable lessons about microbial community function and enzyme discovery. Understanding the dynamic behavior of communities using time series is essential to unraveling how the community functions.  This understanding of community function provided important hints about the identity of the active cellulases, which honestly we didn’t pick up until we actually had purified the proteins. The other lesson taught by this consortium was that actually purifying and characterizing the native proteins provided insight we could not have gained by identifying the function of the proteins by annotation or by expressing them in E. coli. 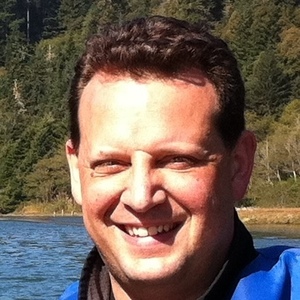