Microbes represent an important source of carbon in the ocean, but because they are so small, only a few animals are able to eat them. Tunicates are one of the larger marine animals capable of feeding on microbes, and as such they play an important role in marine foodwebs. Depending on the species, tunicates can be smaller than a pencil eraser or as large as a dinner table. Some tunicates, like appendicularians, swim freely through the water column, while others called ascidians live permanently attached to substrates such as rocks.

So, how does a tunicate eat a microbe? They use a sticky mucous filter to capture microbes from the ambient seawater, similar to how a spider uses a web to catch bugs from the air. But, unlike spiders, tunicates pump the water through the nets, and this is why they are called filter feeders.

We investigated whether the mucous filters of tunicates retain all microbes similarly or not. We found that tunicates efficiently captured photosynthetic microbes such as eukaryotic algae and the small cyanobacteria Prochlorococcus and Synechococcus. We were surprised to discover, however, that one of the most abundant bacteria in the ocean, the SAR11 clade, wasn’t captured by either benthic or pelagic tunicates. We suggest SAR11 bacteria evade tunicate predation by slipping through their mucus nets, and we believe this partial grazing resistance may be a piece in the enigma of the phenomenal success of the SAR11 clade in the ocean. We nicknamed SAR11 the "Teflon bacteria" because its unique surface characteristics reminded us of our "non-stick" pans in the kitchen. We suggest these properties might help it slip through the mucous filters and contribute to its phenomenal success in the ocean.

We developed our underwater sampling methods for ascidians because they are immobile and therefore easier to sample. After this, we tackled a bigger challenge: sampling millimeter-sized appendicularians while drift-diving in the open ocean. We've been chasing appendicularians from the Israeli coast to the French coast for the past three years, equipped with our unique undersea-lab.

Appendicularians are unpredictable, since they can have “boom and bust” population cycles, so we had to wait for a population increase, called a “bloom”, to occur in order to have enough animals to sample. Luckily, we caught a bloom of appendicularians in spring 2014.

We attempted several techniques to quantify microbial groups and had two great disappointments along the way: one was a series of unsuccessful dilution experiments to quantify micro-grazing, where both predator and prey communities collapsed; the second was a problem with quantitative PCR controls. These challenges were resolved with the help of two colleagues we met after presenting preliminary results at an ASLO meeting. Professor Michael Landry, one of the dilution method developers, inspired us to pursue a new direction using Hydrophobic Interaction Chromatography, which yielded the results presented in figures 3 and 4 in our paper. Professor Marcelino Suzuki helped us surmount the second challenge by suggesting using CARD-FISH instead of qPCR, and later hosted me under the guidance of his lab manager, Nyree West, now an ongoing collaborator.

These results expand our understanding of the relationships between planktonic suspension feeders and the tiny microbes that numerically dominate the upper ocean. The implications of this non-stick “Teflon bacteria” phenomenon may help in understanding microbial community composition, bacterial adaptation strategies and biogeochemical cycles in the ocean and also bacterial recognition and muco-ciliary mechanisms in other biological systems.

The paper in Nature Microbiology is here: http://go.nature.com/2y4RBSt 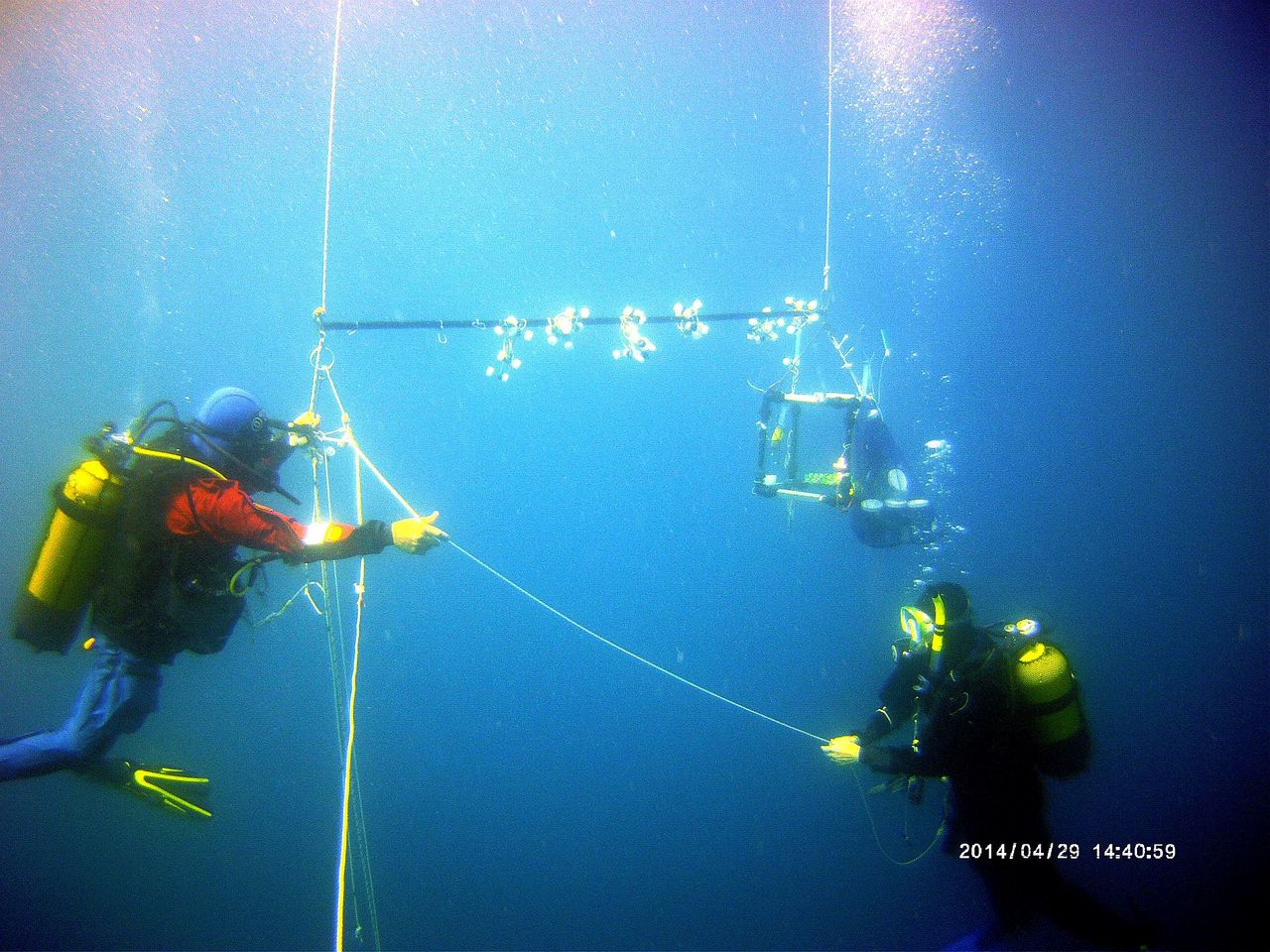 The most abundant marine bacteria have special surface properties that may reduce their predation risk.