Message in a bubble – Vesicle mediated communication in the ocean

Virus-induced extracellular vesicles and their role in viral infection of a key phytoplankton species in the ocean.

As microorganisms grow and die they constantly produce and receive a bouquet of chemical signals. Many of these chemicals, termed “infochemicals”, convey specific information on the life history and cell fate of the producing microorganisms, and are thus involved in the complex web of microbial interactions. Infochemicals can mediate a wide range of biological interactions such as predator-prey, allelopathy, mate selection and host-virus interactions.

Unicellular algae, or phytoplankton, are the basis of the marine food web, fueling the ocean with fixed organic carbon and producing about half of the earth’s oxygen. One of the most abundant species of phytoplankton is the coccolithophore Emiliania huxleyi. E. huxleyi can form massive blooms in the North Atlantic Ocean, coloring the ocean a milky blue thanks to calcium carbonate shells that surround its photosynthetic cells. These blooms are often terminated following infection of the E. huxleyi cells by a large, double-stranded DNA virus, the E. huxleyi virus, or EhV. In the Vardi lab we use this model system to study the cell-cell communication within the bloom, and the cross-talk between E. huxleyi and EhV. This relationship has immense impact on the marine environment, as it effects the photosynthetic activity in the ocean, the succession of phytoplankton species and their evolutionary processes.

SEM image of infected E. huxleyi cells shedding their coccoliths (the calcium carbonate structures). A few viruses can also be seen on and beside the cell on the left.

In this specific project, we aimed at understanding the complex life cycle of these large viruses during their infection of the algal host. We previously showed that the autophagy machinery is hijacked during infection, and that autophagic membranes compose a major part of the virus structure.  To study this further, we subjected the viruses to cryo transmission electron microscopy (TEM). While observing these beautiful viruses, we also saw many vesicle-like structures, that we clearly different from EhV. “If you want to get clear, high quality images of the virus, you need cleaner preps”, said Dr. Sharon G. Wolf, a microscopist and co-author on this manuscript. We tried to do just that, but failed at getting TEM grids that did not have the vesicles. So, instead of trying to fight them, we decided to study them. This decision turned out to be a good one, as it opened us up to the new and exciting world of extracellular vesicles (EVs).

Cryo-TEM image of a virus (EhV) and a vesicle (EV)

In this paper, we show that the infected E. huxleyi cells overproduce EVs that have a unique lipid composition and small-RNA cargo which differs from that of infected host or the free virions. We also managed to induce production of similar vesicles without infection. To do this, we treated the cells with infochemicals released by infected cells and found in the media of infected cultures.

Growing 20 l E. huxleyi cultures for EV production. On the left is a control culture, on the right is a culture 24 hours post infection with EhV.

The main question that we tried to answer regards the biological activity of these EVs during host-virus interactions. Do they serve the host cells or the virus? Can they influence naïve bystander cells and change their growth or infection dynamics?

To test this question, we pre-treated E. huxleyi with EVs and subsequently infected these cultures. The results of this experiment were super exciting, as the dynamics of infection was faster in the EV-exposed cultures. It later became apparent that the EVs serve the viruses, not only be speeding up the infection, but also by increasing the half-life of isolated virions in the environment. Typically, these specific virions have a half-life of less than a day in the harsh conditions of the ocean. Therefore prolonging the time in which they stay infectious can have important impact on their dynamic in the bloom and in between annual blooms. This is in stark contrast to some bacterial host-phage systems, where EVs were suggested to serve the host by acting as decoys against phage infection.

We propose that cell-cell communication via EVs from infected cells may have a crucial role in the host-virus cross-talk in the ocean. We suggest that the “phycosphere”, the small volume of water surrounding phytoplankton cells, will be composed of diverse components; new virions, EVs and infochemicals. The close proximity between these components will dramatically change the fate of uninfected, bystander cells and the algal population as a whole. Each of these virus-induced EVs will have unique elemental composition and thus will also impact the efficiency of nutrient cycling in the marine environment. 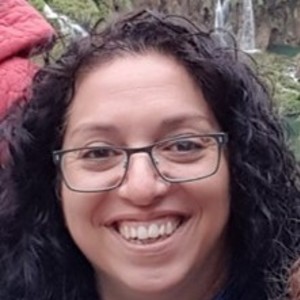