Are we utilizing available top-notch technology to save lives from TB?

It has been 7 years since the WHO endorsed Xpert MTB/RIF (Xpert) as a diagnostic test for tuberculosis (TB). It is faster and more accurate than smear microscopy and can detect resistance to rifampicin. Yet, smear microscopy is still used as the main diagnostic test, despite the clear advantages of using Xpert. The good news is that progress is being made towards the implementation of Xpert. Our recent study published in the European Respiratory Journal surveyed members from National TB Programmes (NTPs) and affiliated organizations in 22 high TB burden countries (HBCs) on Xpert implementation. We found that overall, these 22 HBCs had increased their implementation of Xpert in the public sector from 2014-2015. A smear/Xpert ratio was used to represent market penetration of Xpert in the public sector in each country. From 2015 to 2016, the median smear/Xpert ratio decreased from 33 to 9, 82% of countries expanded their algorithms to include more WHO-recommended groups, and 9% of countries further decentralized Xpert placement in healthcare systems compared with 2014 (Figure 1).

While this is good news, much more can be done to ensure that Xpert reaches scale. There are many barriers that exist when implementing a new diagnostic technology such as Xpert. NTP members in our study identified some of their barriers, which included challenges with sputum transportation and restricted testing algorithms. One potential solution is to utilize the existing capacity of Xpert machines to scale up HIV viral load testing on the same platform. Given the high prevalence of HIV/TB co-infection in certain HBCs, this could help integrate care for co-infected individuals while helping this machine reach scale. Concerns over the higher cost of Xpert cartridges has also been expressed, as NTPs of many HBCs struggle to fund TB control. While the cost of Xpert cartridges is higher than smears, a study published this month on cost-effectiveness of scaling up Xpert in India found that the cost per true DR-TB case detected would be lower if Xpert was used to test all presumptive TB cases, compared to only using Xpert for testing those at risk for DR-TB.

Most importantly, diagnosing TB earlier and more accurately, and being able to detect drug resistance are three essential aspects of controlling the transmission of TB. The true cost of not scaling this accurate and effective test are the 1.8 million individuals that die every year from this curable disease. If we are to end TB, effective diagnostic tools must be utilized to their full capability. 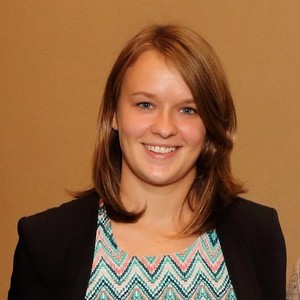 Danielle holds an MScPH and a B.A. & Sc. from McGill University. She currently works as a Project Manager for knowledge management of TB REACH projects at the McGill International TB Centre. She has a keen interest in the successful implementation of global health interventions.
Follow