The impact of early-in-life macrolide treatment on gut microbial communities and host health.

A story about perturbations, maturity, community, and resilience.

The first macrolide, erythromycin was isolated in the 1950’s from the soil bacterium Streptomyces erythraeus now known as Saccharopolyspora erythraea. Decades later, the combination of naturally derived and synthetic antibiotics have dramatically altered the course of human health. The macrolide azithromycin is commonly prescribed to both children and adults for ear, respiratory, and skin infections and is the common alternative to β-lactam antibiotics such as penicillin; azithromycin alone now accounts for more than 50 million antibiotic courses in the United States each year (1). Although these drugs have had a transformative impact on society as a whole, their unintended consequences have been highlighted in many publications over the years, specifically their role in altering our intestinal microbiota, the aggregate of the microorganisms that live in the gut (2-4).

This current body of work builds on the work of others and demonstrates that the timing of the antibiotic course can have a lasting impact on the host. Using a mouse model to mimic therapeutic doses given to children, we show that one macrolide antibiotic course given early-in-life is sufficient to alter the healthy microbial community that lives in our gut and leads to sustained effects on the host immune system. Although this work was performed in mice with the macrolide used widely in animals, tylosin; the proxy of the human erythromycin, clarithromycin, and azithromycin, it may have implications to host health. Previous studies have demonstrated the lasting effects of macrolides on the developing microbiota in human children for the first 24 months of life (5). Based on our studies this disruption of the microbiota may also have an impact long after the antibiotic has been administered, especially if the perturbed microbiota was initially immature. Many epidemiological studies have demonstrated a strong correlation between early-life antibiotic use and obesity, asthma, and atopic diseases; and the importance of the acquisition of a healthy microbiota at birth (6-8). Inappropriate microbial cues may alter immune tolerance mechanisms or affect energy homeostasis and general host physiology. We hope to continue to define and characterize key bacterial assemblages necessary to increase the capability of the microbiota to recover quickly after an antibiotic insult. The ultimate goal of our work is to develop new therapeutic strategies to increase microbial community resilience or to restore a “healthy” microbiota to improve overall host health.

The body of work in this paper was a culmination of hours of research, sleepless nights, doggedness, and numerous conversations with lab members and visiting scientists. However, for this part of “Behind the paper”, I wanted to discuss the beginnings of this project. The body of work in this article stemmed after the disaster of Hurricane Sandy. I was just months into my postdoctoral work and in less than 24 hours, 30 years of work was at risk of being lost. The storm brought an unprecedented surge directly to the hospital and we lost all electrical power, the contents of our twelve -80C freezers were melting along with our current samples and reagents. The day after Sandy, our lab ran up and down six flights of stairs, sometimes with up to 25 pounds of dry ice to save a massive quantity of samples. We worked tirelessly to not only save our own work but the work of others. We were displaced from our lab for almost a year, but again as a team, we continued to pursue the various experiments we planned before Sandy hit. Almost a year after superstorm Sandy, we moved back to our lab where the rest of this work was eventually completed and made into the article mentioned above.

I have learned that perturbations are inevitable, whether it is in the micro or macro sense. The ability to properly react and recover marks the difference between success and failure. Unlike an antibiotic-perturbed immature microbiota, our lab was able to recover from a massive perturbation, even after being displaced for a year. Many factors promoted resiliency including leadership, institutional and government support, and most importantly the cooperation, collaboration, and sheer will of a determined group of scientists, physicians, and students.

Blaser lab members back at work (or fun) after perturbation. 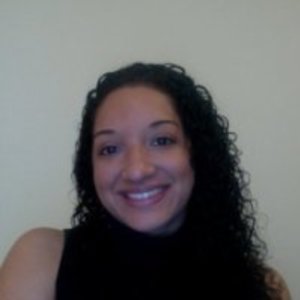