Tuberculosis (TB) is humanity's deadliest infectious bacterial disease, causing nearly 2 million deaths annually and approximately 10 million new infections globally; while a third of the world's population is estimated to carry Latent TB infection. Those latently infected serve as a reservoir from which a substantial fraction of active TB disease emerges as a result of reactivation of the Latent infection. This has spurred the need to understand the relationship between the TB causing bacterium (Mycobacterium tuberculosis) and the human immune system. However, we're only beginning to have a clear view of how the TB bacterium escapes the human immune system to establish the catastrophic disease-TB.

Recently, the Ramakrishnan Lab at the University of Washington and colleagues have discovered that during the journey of establishing a successful infection and colonization of the human lung, TB bacteria "sojourn" in the alveolar macrophage-an immune cell type most committed to the eradication of the TB bacteria. The findings are published in the Journal Immunity-CellPress. " Phenolic glycolipid facilitates mycobacterial escape from microbicidal tissue-resident macrophages".

In their publication, the authors studied the interaction between the macrophage and Mycobacterium marinum (a close relative of Mycobacterium tuberculosis) using the optically transparent Zebrafish. In this model of infection, the bacteria quickly engineer an escape from the hostile abode of the alveolar macrophage by inducing the macrophage to summon more hospitable immune cells called monocytes into which the bacteria migrate. The invitation of the monocytes is facilitated by the release of bacterial cell wall associated phenolic glycolipids (PGL) which induce the production of the chemokine CCL2- serving as an "invitation letter" for the monocytes to the site of infection.

This study reveals important earliest phases of establishment of the TB disease and suggests that targeting this earliest phase of interaction with  PGL biosynthesis - directed chemotherapy which object against this catastrophic relationship between the TB bacterium and the human immune system might be the key to eradicate the disease.

This work represents great promise for the ultimate eradication of this deadly disease - TB. 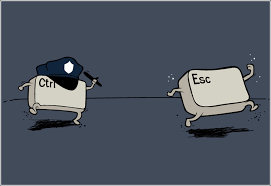