In this study, we identified TRIM23 as a critical regulator of selective autophagy in response to several RNA viruses and DNA viruses.

The paper in Nature Microbiology is here: http://go.nature.com/2x6Nc3I

The tripartite motif (TRIM) protein family is a fascinating group of ubiquitin E3 ligases involved in various aspects of antiviral innate immunity and also many other cellular processes. Over the past 15 years we have learned amazing things about the role of TRIM proteins in virus restriction and regulation of antiviral cytokine responses induced by innate immune sensors. More recently, a role for TRIM family members in virus-induced autophagy has emerged.

Being virologists, we asked the question of how the role of TRIM proteins in innate sensing pathways is related to their functions in autophagy to specific viral pathogens. This question is important in light of recent evidence showing that autophagy can be either anti-viral or pro-viral. For example, autophagy can target viral proteins for degradation, or it can promote the recognition of viral ‘signatures’ by innate immune sensors. In contrast, autophagy has also been shown to facilitate the replication of some viruses by promoting formation of replication complexes or virus trafficking.

Through a targeted RNAi screen, we tested the role of selected TRIM proteins in autophagy induced by prominent members of the Orthomyxoviridae, Picornaviridae and Herpesviridae families. This showed that several TRIM proteins have virus species-specific roles in autophagy, and intriguingly this role correlated closely with the function of these TRIMs in innate immune pathways activated by that particular virus. We believe these data will stimulate future studies to dissect the molecular mechanisms of how these TRIM proteins act dually in autophagy and interferon (IFN) responses to specific viruses.

Remarkably, a few TRIM proteins including TRIM23, when silenced, abrogated autophagy induction by all viruses tested. The reason why we followed up on TRIM23 was two-fold: First, TRIM23 knockdown or knockout had a profound effect on autophagy induction in response to several different viruses – both RNA viruses and DNA viruses. Secondly, TRIM23 is a unique TRIM protein in that it not only has E3 ligase activity (as most TRIMs do), but it also encodes a second enzymatic function, namely a GTPase in the C-terminal ARF domain. Strictly speaking one shouldn’t call it an ‘ARF domain’ because TRIM23 can be considered a fusion of a TRIM motif (comprising RING, B-Box, coiled-coil domains) with a member of the ARF protein family, which are small GTPases that regulate various membrane processes. So, biochemically, TRIM23 is a fascinating protein!

Intriguingly, we found that the two enzymatic activities of TRIM23 are needed for its autophagic function, and further that both enzymatic activities are intricately interconnected: the RING E3 ligase activity activates the GTPase function by unconventional K27-linked auto-ubiquitination. We also found that TRIM23 hijacks a very well-known innate immune molecule - the kinase TBK1 - to induce selective autophagy via p62. Mechanistically, our data indicate that the TRIM23 GTPase activity promotes self-association and auto-activation of TBK1, ultimately inducing autophagy.

Several questions remain in regards to this new regulator of autophagy. It is tempting to speculate that TRIM23, via interaction with TBK1, acts as a molecular switch between the autophagy and innate cytokine pathways. Furthermore, as our studies showed that TRIM23 is also required for rapamycin-induced autophagy, it is conceivable that TRIM23 also has an important role in non-viral contexts, which will be an exciting question to explore in future research.  Furthermore, although TRIM23 knockout mice were generated over 10 years ago, they have never been challenged with any virus (or other pathogen). Therefore, future studies will be needed to determine the in vivo role of TRIM23 in viral autophagy. Looking beyond TRIM23 and autophagy, our study on K27-polyubiquitin-dependent GTPase activation may play a role in other GTPase-dependent processes, which is an intriguing conceptional idea.

Link to our paper: https://www.nature.com/article... 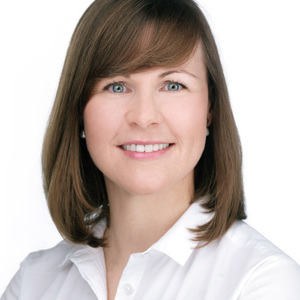 Professor of Microbiology, The University of Chicago