A new movie called "Toilet - A Love Story" is making waves in India. It is a splendid example of how mainstream Bollywood movies can tackle pressing social and developmental challenges in the country.
Madhukar Pai
Associate Director, McGill International TB Centre
Follow
Like Liked by Oded Béjà and 2 others
0

I have never blogged about movies. But after watching "Toilet - A Love Story" in India, I felt compelled to write about this amazing movie, a stellar example of how mainstream, Bollywood movies can help tackle some old, complex challenges in development and health.

Back in the days, in 1997, when I was training to be a community physician in Vellore, India, I published a paper in World Health Forum. We had conducted a study on a toilet project in some villages in south India, and I was amazed that several toilets in a group of villages were either totally unused, or used as store rooms, etc. That experience was my first exposure to the complex world of WASH (water, sanitation and hygiene).

WASH interventions, I learnt, are never simple - they always involve structural components (e.g. building a toilet or installing a water line), but also involve a human, behavioral element (e.g. will people actually use the toilet, or wash their hands). Ignaz Philipp Semmelweis learnt this the hard way, when he proposed that hand-washing with lime solutions could dramatically reduce the incidence of peurperal sepsis. His ideas were scorned by his peers, and gained acceptance only after his death. Even today, hand-washing remains a challenge in health facilities.

20 years after my first exposure to the challenges of WASH, I was amazed that some of the issues we encountered are still a big deal in India. In 2017, why would anyone make a movie about toilets? Well, to put it mildly, India has a shitty problem. It is estimated that more than 50% of rural population still defecates in open! The consequences of this are wide ranging - from childhood diarrhea and malnutrition, to serious security risks for girls and women.

The fact that no country in the world has more open defecation than India is mind boggling and very embarrassing, considering that India is an emerging power with tremendous social and economic progress in the past two decades.

Waking up to this reality, in 2014, a new Indian government led by Mr Narendra Modi, launched a campaign called Swachh Bharat Abhiyan - aiming to achieve an Open-Defecation Free (ODF) India by 2 October 2019, the 150th anniversary of the birth of Mahatma Gandhi, by constructing 12 million toilets in rural India, at a projected cost of US$30 billion.

While this governmental investment is greatly welcome and critical, merely building toilets is insufficient for India to achieve an ODF status. That is what the movie tackles beautifully. The story is about a young woman who leaves her husband soon after their marriage after learning that his home does not have a toilet. The husband desperately sets out on a mission to win back his love by standing up to the age-old traditions, customs, casteism, and superstitions that still hold sway over rural India. This interview with the authors of a new book called Where India Goes: Abandoned Toilets, Stunted Development, and the Costs of Caste is worth reading!

The movie is extremely well-made with several outstanding actors. It is funny, real, and tackles all possible reasons why rural Indians reject toilets. The movie has become a financial success and has received rave reviews. The movie breaks the myth that movies that address social causes cannot make money. What is striking about this movie is the fact that this was a mainstream, commercial Bollywood production with a top-notch cast, and not done as a documentary (which have limited viewership and impact).

Since cinema is a very powerful medium in India, there is great potential to tap Bollywood to tackle tough issues such as WASH. Public health groups in India could take a cue from this movie and encourage similar movies focused other big issues in India, including tuberculosis, maternal deaths, malnutrition, female infanticide, and gender inequity.

I really hope all Indians see this amazing movie. In fact, the Indian government should make this movie open-access and allow everyone to see it on their mobile devices! After all, India has more mobile phones than toilets! 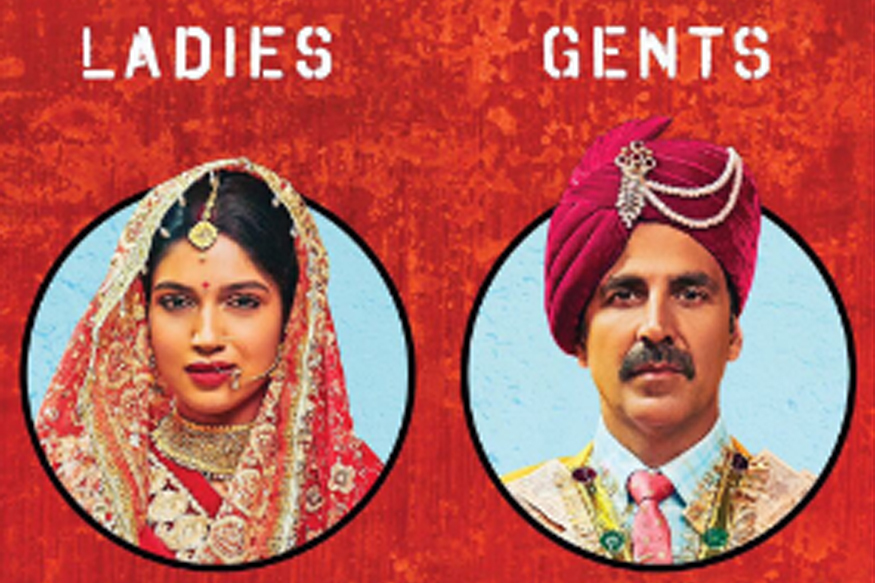 A new movie called "Toilet - A Love Story" is making waves in India. It is a splendid example of how mainstream Bollywood movies can tackle pressing social and developmental challenges in the country.