Tuberculosis (TB), the most prevalent communicable disease, caused by Mycobacterium tuberculosis, remains a global health threat. Treatment of the TB disease is further complicated by the emergence and global spread of drug resistant forms of the disease. Considering this, to ultimately curb the soaring prevalence of the TB disease, new drugs with novel anti-TB properties are an absolute necessity.

Research Scientists at the Texas A&M University developed TAM16- a derivative of benzofurans and lead compound with the potential to join the first-line anti-TB arsenal. The findings are published in the journal Cell. "Development of a novel lead that targets M. tuberculosis Polyktide Synthase 13".

In their publication the authors employ a rational anti-TB drug design approach by first determining the 3D structure of the target enzyme Polyketide Synthase 13 (Pks13)- an essential enzyme required to build the tough cell wall of the TB bacterium. The TB bacterium's cell wall is made up of mycolic acids attached to an arabinogalactan layer which is anchored by an inner layer of peptidoglycan; Pks13 particularly carries out the final step of mycolic acid synthesis. Interestingly, enzymes needed for mycolic acid synthesis have previously proven to be "druggable" targets, evidenced by the efficacy of Isoniazid (INH, one of the first-line anti-TB drugs) targeting InhA- an important enzyme for mycolic acid synthesis. However, resistance to INH has been extensively recorded worldwide, highlighting the need for better anti-TB drugs unlikely to result in more resistance.

Through Pks13 structure-guided methods, the authors were able to identify, develop and test the efficacy of the lead compound TAM16 for killing the TB bacterium. The authors demonstrate that TAM16 inhibits the thioesterase activity of Pks13. The thioesterase activity of Pks13 is extremely essential for the building of the mycolic acid layer of the TB bacterium's cell wall. Accordingly, TAM16 kills both drug susceptible and drug resistant strains of the TB bacterium with significantly lower levels of resistance by the TB bacterium when compared with INH. Furthermore, TAM16 was found to be safe for mammalian use, with significant synergistic activity with Rifampicin (a cornerstone of the first-line anti-TB drugs). Considering the exceptional properties of this lead compound, the authors optimistically suggest that TAM16 will soon join the first-line anti-TB armamentarium.

This work represents great hope for the ultimate eradication of our ancient foe- Mycobacterium tuberculosis. 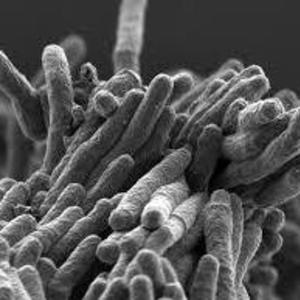 A TB survivor’s crucial account of TB stigma - and what is needed to end it.
Contributor
Journal Club

+2
Xiaodong Alan Zhuang and 2 others
A mind-bending take on the coloniality of global public health
Contributor
Behind the paper, Journal Club

Madhukar Pai
Changing lives, one by one by one
Contributor
News and Opinion, Journal Club, After the Paper