Tuberculosis (TB), a contagious disease caused by Mycobacterium tuberculosis, remains a global health threat. The TB bacterium is able to counteract the effects of the human immune system and by doing so, it is able to persist within the human host for decades without causing symptomatic disease - a disease state termed latent TB. Because of the success the TB bacterium has achieved during co-evolution with the human host and it's continuing penetrance into the global human population, approximately 2 billion people are estimated to harbor latent TB. "if it were not for the symptomatic disease, one could consider the relationship between the TB bacterium and the human host as an almost symbiotic one". However, it is becoming widely evident that for the ultimate elimination of the TB disease through chemotherapeutic means, a new generation of antibiotics with novel anti-TB properties are an absolute priority.

Research Scientists at the Broad Institute, Cambridge, Massachussetts, USA and colleagues have discovered a new anti-TB drug that kills the TB bacterium by preventing production of tryptophan - a delicacy for most intracellular pathogens. The findings are published in the journal Nature Chemical Biology. "A small-molecule allosteric inhibitor of Mycobacterium tuberculosis tryptophan synthase".

In their publication, the authors describe a new anti-TB drug termed BRD4592 (a derivative of Azetidine) that kills the TB bacterium by allosteric inhibition of the enzyme tryptophan synthase - required for production of the amino acid tryptophan which is used for making proteins. Interestingly, the TB bacterium is able to produce all 20 amino acids including tryptophan - this is an extraordinary ability for an intracellular pathogen. However, because tryptophan is an expensive amino acid - in the bacterial kingdom, a previous study by Zhang et al. in 2013 suggested that the TB bacterium can scavenge tryptophan from the human host but only when a counteractive immune response that depletes the available tryptophan is not functional. Interestingly, the recent study by the Broad Institute Scientists indicates that the TB bacterium relies on it's own reservoirs of tryptophan to survive in the host and that targeting the tryptophan synthase with the new drug BRD4592 could cure TB even in patients co-infected with HIV.

This work represents great promise in the war against this devastating disease - TB. 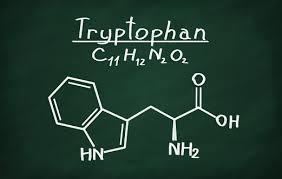