Around about the time I went on adoption leave 5 years ago, technology was just at the stage where collections of bacterial isolates were being sequenced and compared

The paper in Nature Microbiology is here: http://go.nature.com/2hBW62q

These projects were ground-breaking in the understanding they brought us on the evolution and spread of successful pathogens. At that time, it had also started to become apparent to me that the fairly reductionist ‘one gene in one bug’ approach wasn’t helping us make any great leaps in understanding microbial pathogenicity, and that a change in perspective was needed. That this realisation came at a time when I was spending time away from the lab and with a focus very far from the world of microbiology, was probably quite critical to the development of idea of studying pathogenicity at a population level, utilising genomic data.

I’m not a bioinformatician, or a programmer, but what I am is an “appropriately confident” microbiologist, who knows how to set the right people working together on a project. So, that’s what I did. With no funding, I enticed a bunch of lovely helpful people (wet-lab microbiologists, mathematical biologists, bioinformaticians and clinical microbiologists) to let me access their data for their Staphylococcus aureus collections. We started with baby-steps, just looking to see if we could get GWAS to work on bacteria. Gradually introducing more and complexity, which brings us to this study where we model bacterial phenotypes with genome sequences and patient data, and achieve a reasonably good level of prediction on whether a patient will survive a S. aureus bacteraemia.

Although from a diagnostic perspective, predicting survival from an infection sounds exciting, we’re still quite a way away from this having clinical impact. As for at least one S. aureus clone we needed laboratory-derived phenotypic data (toxicity and biofilm) for the bacteria, as well as their genome sequences. But what we have learned which will inform many future projects is that not all S. aureus strains kill in the same way. Some utilise the traditional and well-characterised S. aureus virulence factors, such as toxicity.  Others utilise other, as yet to be characterised factors, demonstrating that we have still much to learn about how this pathogen causes severe disease.

Other more broadly applicable things I have learned during the past 5 years of developing this project:

2. Everyone knows what a multi-disciplinary project is, but no-one knows how to fund them.

3. Finally: never, ever, ever ask a bioinformatician why they can’t just give you the data in an excel file :) 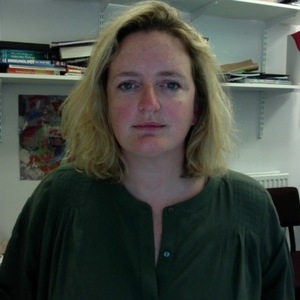