Colorado State University Scientists and colleagues describe a new strategy to kill TB bacteria by antibiotics derived from the realm of the little mermaid.
Moagi Shaku
PhD Candidate, Wits University-CBTBR
Follow
Like Liked by Edith Machowski and 1 other
0

Tuberculosis (TB), an ancient disease caused by the bacterium Mycobacterium tuberculosis, remains a global health threat to humans. This has spurred the development of antibiotics such as Rifampicin, Isoniazid, Pyrazinamide, Ethambutol and others which have proven to be successful for treatment of susceptible TB. However, nearly 2 million people still die as a result of TB every year. Furthermore, we are continuing to witness the evolution of the TB bacteria, as they become even more resistant to the anti-TB drugs. Therefore, there's a dire need to stop the global spread of drug resistant TB.

Recently, Colorado State University Scientists and colleagues describe a new strategy to kill the TB bacteria by antibiotics derived from  the realm of the little mermaid in combination with the most safe and widely used antibiotics known to date- the beta-lactams. The findings are published in the journal Plos One. "2-aminoimidazoles potentiate ß-lactam antimicrobial activity against Mycobacterium tuberculosis by reducing ß-lactamase secretion and increasing cell envelope permeability".

Previous work by other Scientists has shown that combination therapy with a beta-lactamase targeting antibiotic-clavulanate and the beta-lactams cures TB and even drug resistant forms of TB.

The Colorado State University researchers report that the 2-AI antibiotics also interfere with the normal functioning of the beta-lactamase but interestingly through a distinct mechanism involving decreasing access of the beta-lactamase to the beta-lactam antibiotic and also by increasing the permeability of the TB bacteria's cell wall. The increase in the permeability of the cell wall enables the beta-lactams to hit "bulls-eye" - on the hidden targets called penicillin-binding proteins (proteins required for building the peptidoglycan component of the bacteria's cell wall). This results in death of the TB bacteria.

Further work indicated that the 2AIs-induced increase in the cell wall permeability of the bacteria was due to interference with cell wall building pathways. The TB bacteria exposed to 2-AIs did not produce enough proteins for building the outer leaflet of the TB cell wall (made of molecules termed mycolic acids). Even more evidence indicated that the transportation of the molecules required for building the shielding wall were inactivated after exposure to the 2-AIs.

Taken together, the authors suggest that the 2-AIs may have value as adjunctive anti-TB treatment by potentiating the safe beta-lactams. This represents great promise in the war against our great enemy-TB. 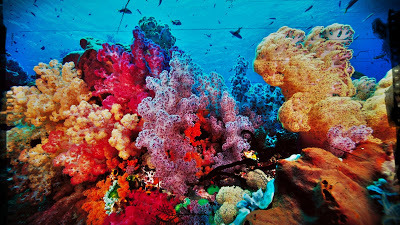 Colorado State University Scientists and colleagues describe a new strategy to kill TB bacteria by antibiotics derived from the realm of the little mermaid.