An introduction to World Hepatitis Day 2017

As a unified, coordinated global event, World Hepatitis Day on the 28th July has only been observed since 2010. Concerned at the disparity between increasing mortality from viral hepatitis and the glacial pace of international efforts to combat these diseases, the World Health Assembly (the legislative body of the WHO) adopted the first resolution on viral hepatitis, establishing World Hepatitis Day to “provide an opportunity for education and greater understanding of viral hepatitis as a global public health problem, and to stimulate the strengthening of preventive and control measures of this disease in Member States.” The intervening 7 years have seen World Hepatitis Day and associated campaigns increasingly capturing public imagination; as the content published here makes abundantly clear, however, there is a long way to go before viral hepatitis commands the same attention as other communicable diseases with similar global mortality and morbidity burdens, such as malaria, HIV or tuberculosis.

Many members of the public would find the statistics on the burden of viral hepatitis appalling. An estimated 3.5% of the global population are infected with the hepatitis B virus (HBV), corresponding to ~257 million people. In Africa and the Western Pacific, prevalence rises to ~6% of the general population. The WHO estimates that up to 65 million women of childbearing age might also be chronically infected, risking transmission of HBV to their babies in the absence of preventative measures. In 2015 alone, HBV killed ~884,000 people.

For hepatitis C, the picture is equally bleak. An estimated 71 million people worldwide are infected with HCV, with ~400,000 dying from the disease each year. As with HBV infection, prevalence differs dramatically by region, with 2.3% of people living in the WHO Eastern Mediterranean Region (which covers the Middle East, North Africa and countries in Central Asia) infected, equating to ~15 million individuals. Comparatively, prevalence in South East Asia is only 0.5%.

Immediately shocking are the data on rates of viral hepatitis infection in people who inject drugs. An already vulnerable population, the WHO estimate that, globally, a staggering 67% of people who inject drugs have hepatitis C. We have harm-reduction interventions (such as clean needle and syringe distribution) to dramatically cut this number, but true progress is hampered by lack of data (few countries record information on viral hepatitis in this patient group), stigma and inhibited access to care.

In support of World Hepatitis Day and efforts to eliminate the diseases as public health threats by 2030, Nature Reviews Gastroenterology & Hepatology present a wealth of freely available content centered on the fight against viral hepatitis, produced with the gracious input and advice of editors from Nature Microbiology.

In addition, Nature Reviews Gastroenterology & Hepatology have launched the 'Eliminating viral hepatitis' article series and an associated editorial, initially featuring Comment articles from the ACHIEVE Coalition (Many European countries 'flying blind' in their efforts to eliminate viral hepatitis) and the team leading efforts to eliminate HCV in the country of Georgia (HCV elimination — lessons learned from a small Eurasian country, Georgia), alongside a News and Views by Etienne Sokal on a landmark recent trial for direct-acting antivirals for paediatric HCV. 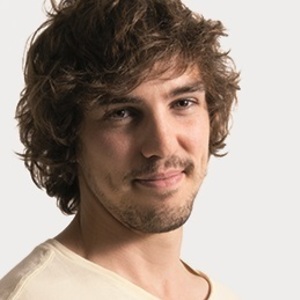 Behind the paper: a telescope on to the battlefield
Contributor
World Hepatitis Day 2017

Behind the paper: a telescope on to the battlefield

Laura Pallett
One year into the WHO viral hepatitis strategy: are we all doing our part?
Contributor
World Hepatitis Day 2017

One year into the WHO viral hepatitis strategy: are we all doing our part?

A mini-collection of research on viral hepatitis