Outbreak! Why are bats responsible for so many viral infections in humans?

A new study in Nature shows that bats harbour more potential zoonotic infections than any other species. Why?
Ben Johnson
Magazine Editor, Nature Medicine, Springer Nature
Follow
Like Liked by Andrew Jermy and 5 others

In the film Outbreak, Dustin Hoffman's character Colonel Sam Daniels, a USAMRIID virologist, investigates an Ebola-like diseases called Motaba, which is spreading through the US. He tries to identify the source of this outbreak, with a hope to generating some anti-serum to save those infected (let's ignore the science for the moment). The source turns out to be Betsy, a white-headed capuchin monkey, which Daniels tracks down to a family's garden, where the monkey has somewhat alarmingly been playing with the daughter.

Outbreak was released back in 1995, based on the earlier non-fiction book The Hot Zone - but if the film was made today the animal responsible would most probably not be a monkey - but a bat.

A steady accumulation of data over the past decade or so, including a new paper in Nature this week, has identified bats as the main source of zoonotic infections in humans. The current study uses a modelling approach to combine all known data on over 2800 infections, including all known viral infections of mammals. Using this database, Olival and colleagues show that bats carry far more viruses capable of infections in humans than any other species.

Human outbreaks of Ebola, SARS and MERS have all been traced back to bats - but why bats? The bat genome was published by a group of geneticists and virologists, including Jun Wang of the BGI and Linfa Wang from Duke-NUS Singapore, in Science in 2013. The authors showed that changes in the DNA damage response, necessary for flight, also affected innate immune signalling, which may have allowed viruses to persist in this host.

The existence of bats in very high numbers may also allow many viruses to easily exist and spread within the population - as well as the constant encroaching on their habitat through land use changes, including livestock and farming.

Whatever the mechanism, and there may be several at play, bats are now a major focus of infectious disease research, including a conference next week. I can highly recommend this meeting, having attended the inaugural symposium after the American Society for Virology conference, back in 2014.

I regularly use my Bat Infectious Diseases Symposium 2014 water bottle in the Nature office - it's a good conversation piece.

The paper in Nature is here: http://go.nature.com/2rFBFlD

An accompanying News and Views is here: http://go.nature.com/2sWWHR9 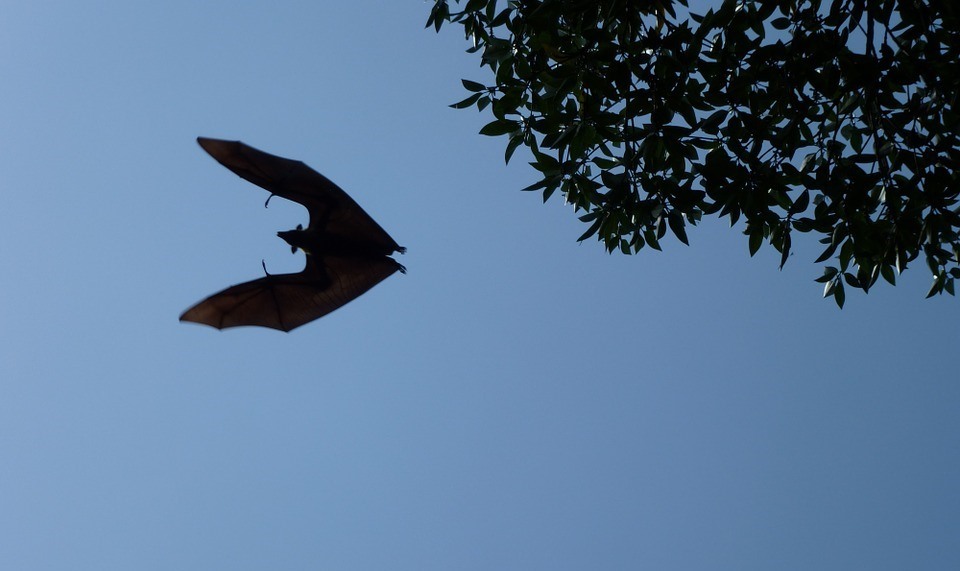 Outbreak! Why are bats responsible for so many viral infections in humans?

A new study in Nature shows that bats harbour more potential zoonotic infections than any other species. Why?