In his book “How to stop worrying and start living”, Dale Carnegie writes:  "If you have a lemon, make a lemonade.”. Deep-sea volcanoes in the Gulf of Mexico indeed supply their residents with “lemons”, as they spew tar, oil and many other toxic chemicals. Moreover, the biological communities at these asphalt volcanoes at 3000 meters water depth must live in complete darkness and withstand tremendous pressure. Surprisingly, life flourishes in this habitat, and numerous mussels, tubeworms and sponges thrive on the fresh asphalts.

To gain nutrition in the deep sea, which is devoid of sunlight and thus photosynthesis, these animals engage in symbiosis with chemosynthetic bacteria. These symbiotic bacteria use reduced compounds such as sulfide and methane to gain energy and assimilate carbon. In Nicole Dubilier's Symbiosis Department at Max Planck Institute for Marine Microbiology in Bremen, Germany, we study these fascinating symbioses.

Here (http://go.nature.com/2tjVct9) we discovered a novel association between mussels and sponges from asphalt volcanoes and Cycloclasticus bacteria. These bacteria owe their name, which means “ring breaker”, to their unique ability to crack and degrade hard-to-break ring structures in oil called polycyclic aromatic hydrocarbons or PAHs. PAHs are often toxic and carcinogenic: an example is naphthalene, the smelly and toxic component that was used in older mothballs.

So from which lemons do the symbiotic Cycloclasticus make their lemonade? To answer this question, I joined an international group of scientists aboard the German research vessel Meteor on its expedition to the southern Gulf of Mexico. Collecting samples from the asphalt volcanoes is exciting: the robotic submersible MARUM-Quest, remotely operated by its skillful pilots, carefully collected the samples in the vicinity of oil and gas, bubbling from the oil-soaked sediments. When the samples were brought onboard, I tested if the Cycloclasticus symbionts could degrade naphthalene. For several sleepless and frustrating nights, I was not able to detect any degradation of naphthalene in the symbionts. So maybe the PAHs were not the lemons for the symbiotic Cycloclasticus after all?

The answer to this question was revealed when we analyzed the genomes, transcriptomes and proteomes of our samples. Animals from the asphalt volcanoes indeed host Cycloclasticus, however, these symbiotic Cycloclasticus lack the genes needed to degrade PAHs. Instead, these symbionts use natural gas compounds called short-chain alkanes, such as propane, ethane and butane, as their carbon and energy sources. This is the first time that a symbiosis based on natural gases has been described. Our study thus extends the range of known substances that can power chemosynthetic symbioses.

Short-chain alkanes are abundant in oil-contaminated habitat, are easy to degrade, and many microorganisms compete for them. How can the symbiotic Cycloclasticus rely on such fiercely contested compounds and why did they give up their ability to live on PAH? We think that they can only afford this ‘luxury’ because of their symbiosis with mussels and sponges. These hosts provide the symbiotic Cycloclasticus with a continuous supply of short-chain alkanes through their constant filtering of the surrounding seawater. By living inside animals, these symbionts are well taken care of and do not have to compete with free-living bacteria. Free-living Cycloclasticus are important hydrocarbon degraders and potential candidates for pollution remediation, and they were found in large numbers after the Deepwater Horizon (DWH) oil spill. We compared the genomes of the symbiotic Cycloclasticus with those of closely related free-living bacteria that bloomed in the plume of hydrocarbons after the DWH blowout. We found that some free-living Cycloclasticus can also degrade short-chain alkanes. This was surprising as until now it was assumed that Cycloclasticus can only make a living by degrading PAHs. Intriguingly, the free-living DWH Cycloclasticus, in contrast to their symbiotic relatives, have not lost their ability to degrade PAH. This allows them to be flexible – they can first make lemonade from easily accessible short-chain alkanes, and when these are gone, switch to using the much harder to degrade PAHs in the oil.

The paper is in Nature Microbiology here: http://go.nature.com/2tjVct9

interesting! Thanks for the article. 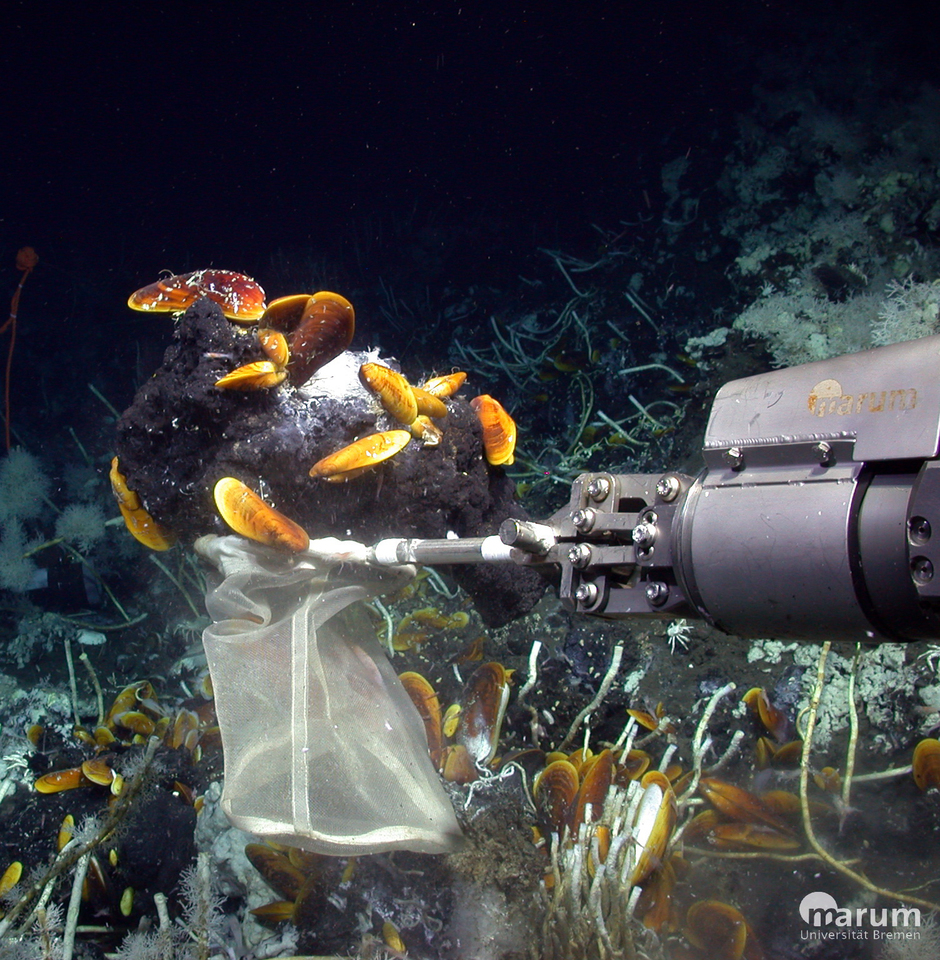