A community from Nature Microbiology
From the Editors, On the Road

I’m right now on my way back from the CRISPR 2017 meeting held last week in glorious Big Sky, Montana, and I thought this would be a great time to summarize what had turned out to be a pretty great meeting.  In deference to the conference’s aim to present unpublished work, this post will not be focusing on the specific results, but instead I'd like to sketch out the current state of the field and promising new ideas waiting on the horizon.

First, the disclaimer: I arrived with some knowledge of the field, in the way that I think most researchers see CRISPR-Cas from afar: I've read about how Cas9 cuts DNA; I know everyone salivates over the prospect of using such a system for wide variety of genome editing applications, and I bask in the smugness of a microbiologist informing others that the CRISPR-Cas system actually serves as a bacterial immune system to combat phage infection.  Beyond this, I needed more context. Thus, my goals at the conference were to learn more about the diversity and intricacies of the CRISPR-Cas systems, to meet the researchers galvanizing this field and yes, let them know that Nature Microbiology would be a lovely venue for their exciting work (incidentally, great minds think alike as Cell, Science and Nature editors were also in attendance).

Every year this community operated CRISPR conference rotates between sites where long-time researchers in the system are based.  This year's venue, Big Sky, Montana (see photo above) represents the backyard of Professor Blake Wiedenheft at Montana State University. Big Sky is a ski town centered around Lone Peak (see header image), sitting about 1 hour away from Bozeman, Montana and about the same distance from Yellowstone Park.  It is a ski resort in the winter, and, as I realized when I arrived, a huge open forested playground for (quad-straining) hiking in the summer (and I have the sunburn to prove it!).

Day one of the conference began with a Keynote from Peter Fineran (University of Otago) who offered a comprehensive view of how flexible the CRISPR-Cas system can be. Notably, he showed off exactly why such a system is necessary for bacteria—CRISPR encodes the ability to carry out naïve adaptation (gaining phage sequences during the first infection) as well as primed adaptation (using similar spacers from a previous infection to gain more sequences and target related/subsequent infections). The talk really highlighted the overall theme for the conference that sets it apart from other more genome editing orientated CRISPR meetings—the need to understand the functional impact of the system in the native host/bacterium.  As another researcher put it—the meeting’s about CRISPR, not Cas.

Over the next 3 days, the biological implications of the system would be further pursued along several directions:

The number of different CRISPR-Cas systems identified has exploded at a rate that’s hard to keep up with. These systems are now grouped into several types, which carry their own peculiarities and offer cool new mechanisms of phage restriction.  One particularly interesting type for me that I learned about at this conference was the CRISPR-III system, which encodes a system than can target both RNA and DNA.  Aside from obvious translational potential for RNA control, these systems provide bacteria with the ability to doubly block DNA virus infection (using the DNA nuclease activity to degrade the genome as well as tamp down the RNA of any phage genes expressed).

Another area of diversity highlighted in the meeting was the growing number of anti-CRISPRs discovered.  These are small (100 residues or so), sequence-diverse phage-encoded proteins that can block CRISPR-Cas activity through several distinct mechanisms.  They offer potential applications in Cas-based therapeutics to help titrate levels of genome editing enzymes to increase specificity and reduce toff-target effects, but they show that the battle between phage and bacterium continues on despite the elegance of CRISPR immunity.  Indeed, a final talk by Professor Rotem Sorek showed that there are multitudes of potential anti-phage systems with disparate mechanisms just waiting to be discovered and characterized.

There is no doubt that many of the major recent CRISPR-Cas findings have been derived from structural biology work.  Beyond the saying that ‘seeing is believing’, structural studies have been critical for understanding how the Cas enzymes can recognize, acquire and cleave target sequences.  One thing that’s really advancing the field now is trying to derive intermediate structures that elucidate transition states during the cleavage process.  This is challenging, as these states are ephemeral. But it seems like the advance of cryo-EM approaches may help bridge this knowledge gap by capturing some of these rarer intermediate conformations, as well as helping assemble larger CRISPR complexes to provide a more holistic view. For example, in addition to structures of various single cutter systems (e.g., Cas9, Cpf1), there were lots of impressive work aimed at elucidating how the larger nuclease complexes from Type I and III systems function, as well as structural characterization of the complexes involved in spacer acquisition.

Quite a bit of work has going into understanding Cas function in the test tube and in exogenous systems (e.g., human cells).  But, the ultimate understanding of CRISPR-Cas function in its native context lies in seeing how the system behaves in bacteria (and in the midst of a phage response).  There were several talks utilizing single molecule, biochemical as well as in vivo imaging approaches to interrogate how the dynamics of CRISPR-Cas changes during scanning and dwelling on DNA targets. Such approaches will be increasingly important to understand how these large multi-enzyme complexes efficiently assemble and disassemble when presented with a phage infection.

Complementary experiments shown during the meeting also extended the functional importance of CRISPR-Cas beyond simple immunity and instead proposed that the host might co-opt some of these systems to serve unrelated regulatory roles. Some of these systems seemed to be induced in a variety of growth conditions and correlated with downstream gene changes. Together, these findings parallel how some restriction-modification systems (e.g., Dam) can be adapted to serve distinct microbial roles. Evolution is a crafty one for sure.

It really wouldn’t be a CRISPR-Cas meeting without some mention of the system’s current role as genome editing darling. The type II family of nucleases (e.g., Cas9) are especially attractive, as they do not require additional protein subunits and are easily encoded and directed to target sequences by complementary guide RNAs.  But, there are still major obstacles remaining in translating these enzymes to the clinic: e.g., finding the right sized enzyme (phage vectors can only accommodate a gene size for nuclease delivery), getting  the right enzyme specificity (nucleases require a specific sequence (PAM) near the desired cut site), and reducing off-target  side effects.  The issue of off-target cleavage and thus mutation will be a major hurdle for demonstration of safety, and many of the application-oriented talks at the meeting focused on getting  both better nucleases (through rational and random mutagenesis efforts) and also better methods to detect and characterize off-target effects during genome editing. Interestingly, CRISPR approaches may come full circle and eventually return to microbiology, as Rodolphe Barrangou discussed how CRISPR-Cas might be leveraged and directed against microbes in settings like infectious diseases and microbiome studies.

At the end of the conference, Professor Blake Wiedenheft put it best when he proclaimed that despite opinions from the outside, this meeting was ample evidence that the field of CRISPR-Cas is not past its prime at all.  If anything, as a microbiologist, I felt the talks showed me the field keeps getting more interesting, especially now that we're evaluating CRISPR-Cas in its native context in bacterial and phage (& mobile element) interactions.

Also, I found it cool that the CRISPR-Cas explosion has restored a glow to the phage biology field, an area of study that had seemed to be in decline over the past few decades. But, now, armed with huge microbiome/virome sequence databases and mechanistic studies showing that diverse phages have quite different biology compared to 'model' systems, we now can appreciate just how little we have captured of this vast and largely enigmatic domain of ‘life’. Opportunities abound for the resurgence of a new golden age of phage research.

And finally, what I appreciated from the scope of the conference is that by focusing more on the biology of the system rather than targeting (ha, pun!) perhaps more lucrative angles like genome editing applications, the CRISPR 2017 meeting showed once again that game-changing translational discoveries hinge on curiosity-driven basic research. Such research was the backbone of a recent review on CRISPR-Cas milestones that we published. And after attending this meeting, I get the feeling that's only the tip of the iceberg. So, I would recommend to all reading this post, "Onward to CRISPR 2018 in Vilnius, Lithuania!"

Andrew Jermy
over 5 years ago
Great summary, thanks Mike!

Save the Date: Human Microbiome Workshop 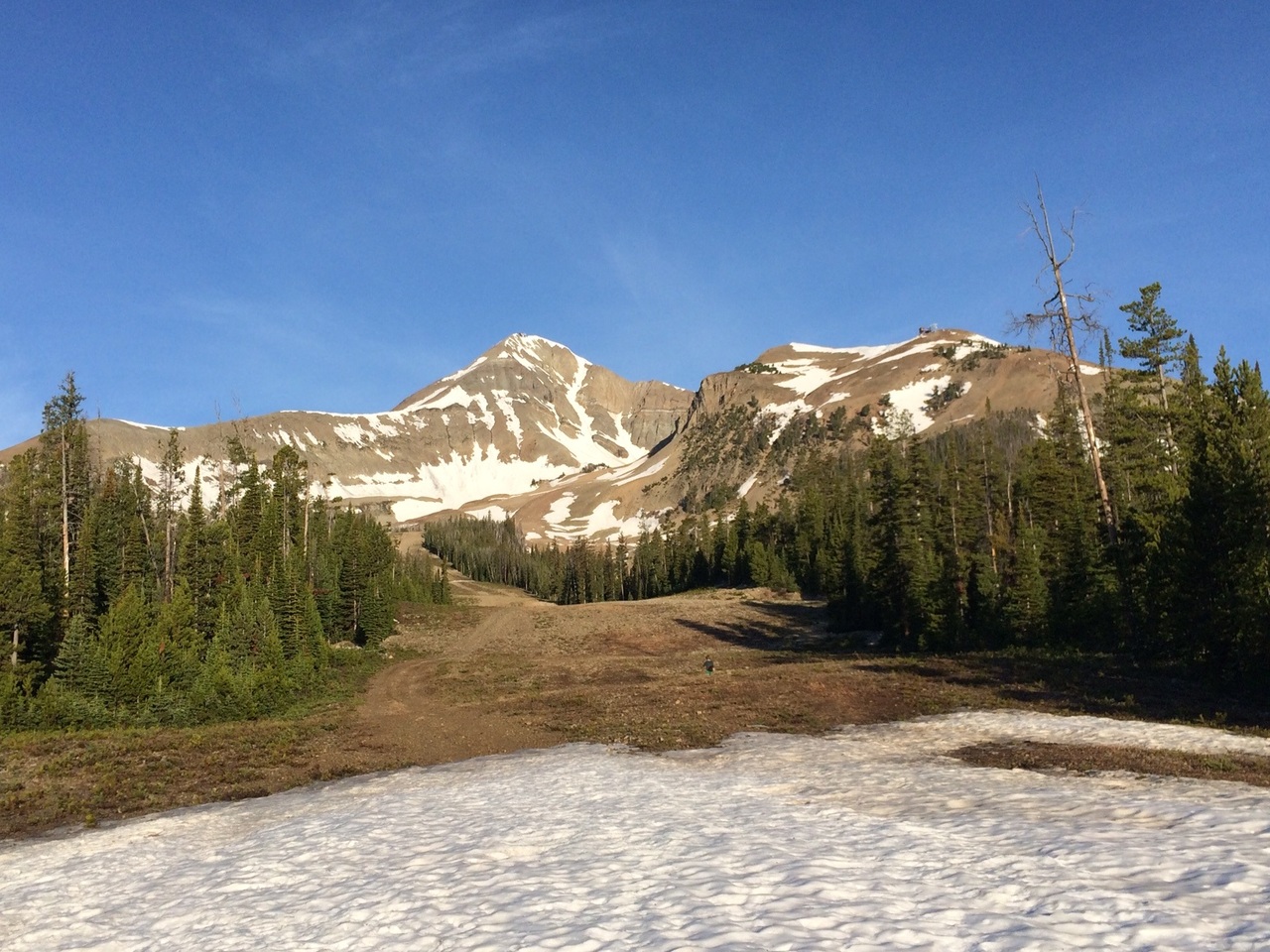