Livin´ on the edge

There´s arguably nothing that RNA viruses like to do more than mutate – and mutate A LOT! For this reason, viruses may have acquired a fine-tuned balance between tolerating detrimental mutations and making beneficial ones. This capacity for buffering mutations is known as mutational or genetic robustness. In other words, we can say that an organism is more robust if it can change genotype without altering phenotype. However, it is well known that for RNA viruses, a very high proportion of random mutations are detrimental1. This means that they will negatively impact viral fitness (in virology we use fitness, the relative capacity to make progeny in a given environment, as phenotype), or even worse, they can be lethal to the virus.

RNA viruses take different evolutionary trajectories (adaptive walks), mainly through the incorporation of different mutations. This can be conceptualized by fitness landscapes, a concept introduced by Sewall Wright back in the 1930s2. The notion of representing genotype-phenotype maps as mountainous landscapes (fitness peaks and valleys) grounded in genotypic space, led us to consider viruses as living on the edge of a cliff, as a consequence of their high mutability. Therefore, we came up with the idea of rewiring viral genomes to enhance the probability of incorporating detrimental mutations, to push their populations off that cliff and into those valleys. To do this, we aimed to redirect their evolution towards the worst possible mutation, stop codons.

We thus targeted only serine and leucine synonymous codons (the most redundant amino acids), that we clustered into a category we termed 1-to-Stop, because they are only one mutation away from generating stop codons (Fig. 1).

Figure 1. Schematic representation of the six Leu and six Ser codons that are represented in wild-type virus genomes, with codons belonging to the 1-to-Stop category (red box).

By using this rationale, we genetically engineered Coxsackie virus B3 (an enterovirus) and H1N1 influenza virus to place them closer to a cliff in their fitness landscapes. In other words, we cornered our variants in their genotypic space, and set them on the path towards a “more dismal future” once replication and mutation occurs (Fig. 2).

Figure 2. Evolutionary trajectories of wild-type and 1-to-Stop viruses are metaphorically represented in a fitness landscape. Picture taken by my colleague Romain Volle.

Indeed, we found that our 1-to-Stop viruses were highly sensitive to mutation and suffered significant fitness decreases under accelerated mutation. In addition, altering the genomic architecture of 1-to-Stop resulted in attenuated viruses in mouse models for two very different viruses, enterovirus and flu. We also showed that an optimal suicidal virus could be generated, by further reducing the replication fidelity of 1-to-Stop viruses, that protected mice after lethal challenge.

Our data suggest that by using their evolutionary potential against them, it is possible to send viruses towards their own demise.

Finally, we would like to finish our “behind the paper” by proposing a soundtrack to this work, “Livin´on the Edge” by Aerosmith (Song of the year in 1993) with some of the lyrics as an alternative way of delivering our take home message to the Nature Microbiology community:

You can't help yourself from fallin'

You can't help yourself at all

You can't STOP yourself from fallin'

Your reading has finished, time to enjoy a classic: https://www.youtube.com/watch?v=7nqcL0mjMjw

The paper in Nature Microbiology is here: http://go.nature.com/2sc1f5w 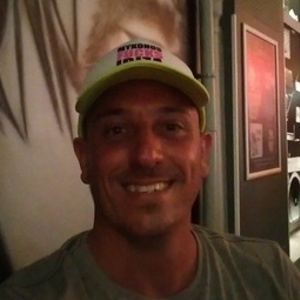 I'm driving myself insane figuring out how robustness and evolvability play in the generation of fitness landscapes. Most importantly, I'm a football maniac and top supporter of my national team, Uruguay!
Follow

Andrew Jermy
over 4 years ago
Great song, and paper. Thanks for sharing here!

Gonzalo Moratorio
over 4 years ago
Thanks Andrew!