“Three for two and two for three….” This is not a remake of an old English song; it represents instead the unique molecular organization of the endothelial cell receptors (two receptors and a scaffolding protein) for Neisseria meningitidis (a Gram-negative diplococcus). Understanding this organization is a long story spanning almost two decades, in which serendipity and perseverance were the key elements to succeed in solving a tricky biological puzzle.

When I started my group at the Institut Cochin in Paris, I rapidly focussed my work on the pathogenesis of Neisseria meningitidis (meningococcus), in close collaboration with the group of Xavier Nassif (INEM, Paris). My objective was to understand how this gram-negative bacterium crosses the blood-brain barrier to cause meningitis and induces acute and often fatal purpura fulminans. At that time, it was known that, as a first step, bloodborne meningococci adhere to both peripheral and brain endothelia through their type IV pili, but the endothelial receptor(s) and pilus components involved in this interaction remained unknown.

Our pioneering studies demonstrated that, during adhesion to host endothelial cells, meningococci elicit signalling events that result in the formation of membrane protrusions that stabilize bacteria at the cell surface, and in the alteration of endothelial cell junctions, increasing barrier permeability. While attending an internal seminar at the Institut Cochin, Stefano Marullo, who works on G protein-coupled receptors (GPCRs), noted that the signalling pathways initiated by adherent meningococci resembled those that are dependent on beta-arrestins, which are two scaffolding proteins activated by agonist-stimulated GPCRs. Indeed, Mathieu Coureuil, in Xavier Nassif’s lab, found that isoproterenol, an agonist of the β2-adrenergic receptor (β2AR) that induces endocytosis of this receptor, prevented these infection-induced signalling pathways. These observations led to the discovery that the meningococcal pilus components PilV and PilE induce the allosteric activation of a β2AR/β-arrestin pathway that then initiates most of the down-stream signalling events occurring in infected cells 1. However, the β2AR could not provide the initial adhesion for the pathogen. In parallel work, we sought to identify the host cell receptor for the meningococcus. For this, we used a differential, quantitative, large-scale analysis of gene expression to compare the transcriptome of meningococcus competent and non-competent cells. Rapidly, the immunoglobulin superfamily member CD147 emerged as a strong candidate. We then showed that CD147 is indeed a critical host receptor for the meningococcal pilins PilE and PilV and that interfering with this interaction inhibits the primary attachment of meningococci to human endothelial cells in vitro and prevents colonization of vessels in human brain tissue explants ex vivo and in humanized mice in vivo2.

Meningococcus, therefore, requires two receptors to promote vascular colonization, one for adhesion (CD147) and another for signalling (β2AR). Intriguingly, CD147 is highly abundant, whereas only a few β2AR are expressed on endothelial cells, contrasting with the temporally and spatially coordinated engagement of adhesion and signalling receptors by bacterial pilins. In addition, the massive accumulation of signalling molecules observed beneath bacterial colonies could not be simply explained by the activation of a few β2AR molecules. A new study was undertaken to solve this issue. To dissect the molecular assembly of these receptors, we took advantage of novel and powerful techniques : we set up a new method that combines protein complementation with resonance energy transfer (CODA-RET) and advanced super-resolution imaging (2D and 3DSTORM). Additionally, we collaborated with the group of Frank Lafont (Institut Pasteur, Lille) to perform 3D-structured illumination microscopy (3D-SIM) and atomic force microscopy (AFM) analysis. We showed that CD147 and β2AR form constitutive hetero-oligomeric complexes assembled by the scaffolding protein alpha-actinin4 3. Alpha-actinin4 binds to the cytosolic tail of CD147 and governs the assembly of CD147/β2AR complexes in highly-ordered clusters: this increases the initial binding strength of meningococci to endothelial cells and creates molecular platforms for the elongation of membrane protrusions that stabilize bacteria at the endothelial cell surface, allowing them to resist the force exerted by the blood flow. This study offers unprecedented information on the structural organization of receptor complexes and how such organization has a major impact on the interaction between the bacteria and host cells.

Yet, the story is not complete. It remains to be established, for example, how bacterial pilins can activate a GPCR and why only human cells can be infected by this pathogen, even though all mammalian endothelial cells express β2ARs and (likely) CD147. “Rendez-vous” to the next episode !

Figure: The clinical features of invasive infection due to Neisseria meningitidis (meningitis, purpura) result from the ability of this bacterial pathogen to establish tight interaction with endothelial cells. Meningococci use two receptors, CD147 and β2-adrenoceptor, for vascular colonization. We report that CD147 and β2-adrenoceptor form hetero-oligomeric complexes. Alpha-actinin-4 tightly governs receptor assembly at bacterial adhesion sites. Finally, their spatial assembly in highly-ordered clusters increases the strength of meningococcal adhesion to endothelia, allowing the bacteria to resist the force exerted by the blood flow. ©Nawal Maïssa, Institut Cochin, Paris.

The paper in Nature Communications is here: http://go.nature.com/2rGdyEe 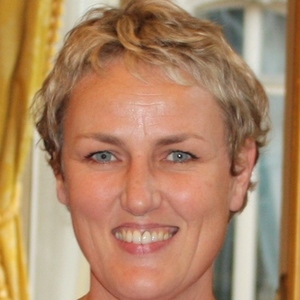