The Zika virus outbreak in Florida continues to challenge public health decisions. In our recent paper, we answered key questions about the introduction and spread of this virus using a combination of virus genetics, mosquito abundance, and human travel. All of this was made possible through open science and strong collaborations.

In July, 2016, Miami, Florida became the epicenter of the first reported outbreak of Zika virus in the continental United States. It was also the focus of intense debate about transmission zones, the impacts on tourism, and the use of genetically modified mosquitoes. Moreover, the association between infection of pregnant women and congenital disease made Zika virus a sensitive topic in many households. Therefore, it is understandable that Florida residents were alarmed when the outbreak started, since scientists and public health officials did often not have the answers about this vastly understudied virus. A rapid, multifaceted approach was needed to address some of the critical aspects of the outbreak: how many introductions were there, when did the virus arrive, where did the virus come from, and why Miami?

By sequencing the genomes of Zika viruses collected from infected patients and mosquitoes in Florida, and comparing them to genomes sequenced from elsewhere in the Americas, we could start to address some of these questions. Our genetic data indicated there were at least four introductions of Zika virus leading to local transmission, starting in the spring of 2016 - months prior to its detection in Florida. A common source, as we found by studying genetic relatedness of the virus sequences, was from the Caribbean Islands. Genetic data alone, however, could not answer everything. Therefore we also investigated travel patterns to support our Caribbean connection and mosquito abundance data from our collaborators at Miami-Dade County Mosquito Control to understand the dynamics of local transmission. Overall, we determined that heavy international traffic and highly abundant mosquitoes were likely the reasons why southern Florida is vulnerable to Zika virus and other tropical mosquito-borne viruses, like dengue and chikungunya.

It was only possible to address these important questions through strong partners and open science. We strongly believe that data generated during an outbreak should be made publically available as fast as possible after generation. Not only does this help to rapidly disseminate information that could aid control efforts, but it also helps to direct research aims and form collaborations. The hope is that this creates a “pay-it-forward” system of continuous benefit from, and contribution to, early data releases. For example, our group received an early, but promising, version of the Zika virus amplification protocol from Nick Loman’s group published in this issue of Nature Protocols. We used this protocol to generate Zika virus sequencing data that we immediately released. The Zika infected samples themselves, we had received via close collaborations with Florida Gulf Coast University (Sharon Isern and Scott Michael), University of Miami (David Watkins and Diogo Magnani), Tulane University, and the Florida Department of Health. At the same time, Gus Palacios’ Lab at USAMRIID and Pardis Sabeti’s Lab at the Broad, were also releasing Zika virus sequence information. Instead of competing, which we would have unknowingly done if not for openly sharing our data, we all decided to join forces. Our sequence data also prompted several other groups to approach us with additional data and analysis support, including investigators at Oxford, Edinburgh, and the Fred Hutch. Collectively, we answered important and difficult questions even though the majority of us have never met in person.

Our study revealed how the potential for future Zika virus outbreaks in Florida is heavily dependent on the transmission dynamics elsewhere, especially in the Caribbean. This highlights how global and local issues can be one in the same, and fighting an epidemic abroad can have direct effects at home. Additionally, we show how suppressing mosquito populations can directly decrease human Zika virus infections within the immediate vicinity. Therefore, for Zika virus, we believe that the best method to combat the epidemic is through intense mosquito control. Our study also highlights how open science can break down competitive barriers and work towards common goals during an outbreak. In our case, everyone benefited, including, we believe, the residents of Florida.

The paper in Nature is here: http://go.nature.com/2r8uCoT

A related study by Metsky et al. in Nature, is also published today:

As well as a News & Views article on the four related Zika papers: http://go.nature.com/2rk6Qqb 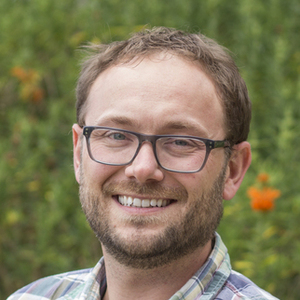