Methanocaldococcus jannaschii Argonaute takes it all

Argonaute proteins are best known for their role in posttranscriptional silencing in eukaryotic cells. Here, they associate with a small guide RNA to target an mRNA via Watson-Crick base-pairing, which ultimately results in RNA degradation or translational inhibition, a process called RNA interference (RNAi). This fundamental process in eukaryotes was discovered at the end of the last century and quickly took off to be one of the hot (Nobel Prize winning) topics in biology. But how do Argonaute proteins operate in archaea?

Albeit the knowledge about eukaryotic Argonaute (Ago) function increased quickly, a structural characterization of the protein remained challenging. In fact, the first Ago structure published was the structure of the archaeal Ago variant from Pyrococcus furiosus in 2004 1 followed by the structure of the bacterial Ago from Thermus thermophilus in 2008 2. Production of recombinant human Ago seemed to be problematic and no human Ago structure was in sight at the time leaving many questions about the structure-function relationship of this protein unanswered. Equally, the biological function of Ago in bacteria and archaea, which do not employ the RNAi mechanism, remained elusive. Having worked on archaeal transcription for several years, I realized that the third domain of life poses puzzling questions about evolution of complex molecular machineries. Archaeal proteins often share a high degree of similarity to their eukaryotic counterparts and, in more practical terms, are a joy to work with as they are often highly stable and can be easily produced in E.coli. Based on these experiences, I embarked on a project to study the conformational changes of Ago employing archaeal Ago as model system for the troublesome eukaryotic Ago when I became an independent group leader at the Technical University of Braunschweig. I picked the Ago variant from the hyperthermophilic organism Methanocaldococcus jannaschii, which encodes all four Ago domains typically found in eukaryotic Agos and harbours a catalytic tetrad. Luckily, MjAgo indeed turned out to be a well-behaving, catalytically active protein that could be used for technically demanding single-molecule FRET measurements. Our FRET studies revealed the conformational changes of MjAgo and of the guide strand upon target strand loading 3(Figure 1). 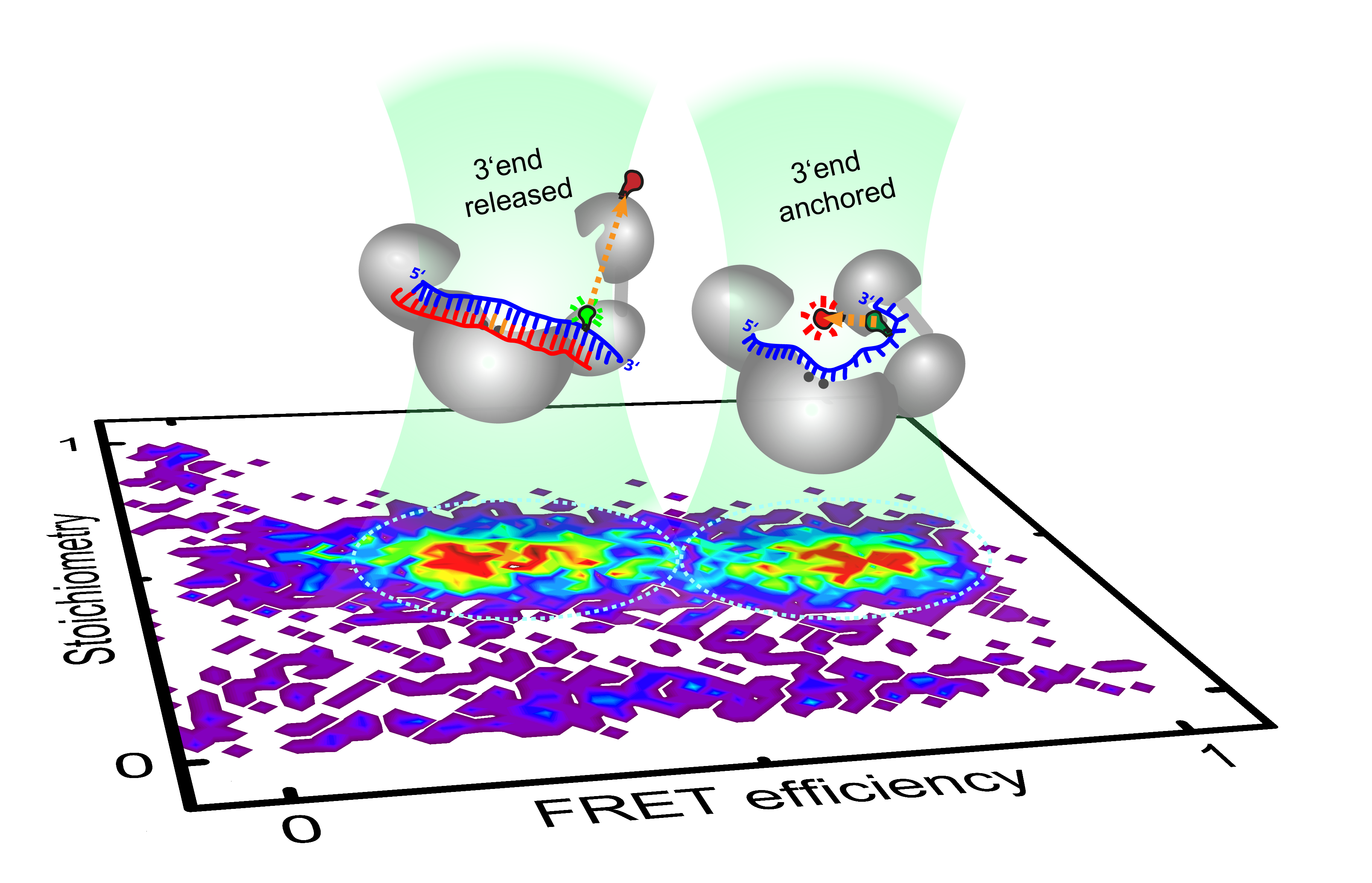 Interestingly, our biochemical characterization of MjAgo showed that MjAgo is a DNA-guided DNA nuclease. As other prokaryotic Agos also exhibited a preference for DNA substrates in vitro and in vivo, it became plausible that prokaryotic Agos represent a defence system against foreign nucleic acids 4. However, the question remained how guide strands are generated in bacteria and archaea as no equivalent of Dicer, a precursor nuclease important for miRNA processing in eukaryotes, could be identified in prokaryotes. Hence, prokaryotic Ago outgrew their role as model system for eukaryotic Agos and represented an interesting biological system in their own right.

The Ago experiments in my lab were carried out by Adrian Zander, a PhD student with an open mind, who insisted to incubate MjAgo with plasmid DNA out of curiosity. It was never shown that an Ago variant can process a circular double-stranded DNA without addition of a guide strand but Adrian was eager to perform this experiment even though it did not make sense to me. As it was a cheap and easy experiment, I agreed but had my doubts. To my surprise, MjAgo was indeed able to degrade plasmid DNA. But it was such an astonishing finding that we were very cautious. In order to convince me and to ensure that this indeed was a MjAgo-mediated process, Adrian purified and tested the activity of MjAgo countless times including a catalytically inactive mutant. He used a wide range of plasmids and dsDNAs to exclude any secondary effects from protein or DNA purification schemes. Students reproduced these results again and again and we even moved our lab to the University of Regensburg in the meantime – the experiment still worked. Over time, our conviction grew that the guide-independent processing of long dsDNA substrates by MjAgo represents a guide generation mechanism in prokaryotes. To phrase it in a different way “MjAgo can do it all”. Thanks to a new PostDoc in my lab (Sarah Willkomm) and our great collaborators from London (Werner lab), Braunschweig (Tinnefeld lab), Freiburg (Albers lab) and Munich (Schneider and Klingl lab), we were able to shed more light onto the molecular mechanism of the guide-independent activity of MjAgo. To our current understanding, the versatile MjAgo acts in two ways: (1) MjAgo is an unspecific guide-independent endonuclease that degrades invading DNA while the chromatinized genomic DNA is protected against MjAgo degradation; (2) MjAgo can use the degradation products as guides to target the invading DNA in a sequence-specific manner leading to fast degradation of the target DNA.

[The poster image shows an artistic interpretation of the archaeal defence mechanism against foreign nucleic acids mediated by the Argonaute protein from Methanocaldococcus jannaschii. We gratefully acknowledge the support of Katharina Auguste Liphardt-Willkomm in creating this artistic interpretation. Scanning electron microscope image of a M. jannaschii cell is courtesy of G. Wanner ( LMU Munich)].

The paper in Nature Microbiology is here: http://go.nature.com/2nNIpwd 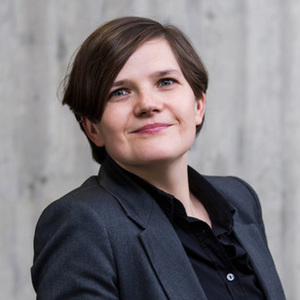