The WHO published a list of antibiotic-resistant "priority pathogens". The first of its kind, this list is intended to promote research, discovery and development (R&D) of new antibiotics, as part of WHO’s efforts to address the threat of antimicrobial resistance (AMR) and respond to an urgent public health need. However, the list had one glaring and controversial omission - tuberculosis (TB), the world's leading killer by an infectious pathogen. This exclusion represents a missed opportunity to include TB in an important advocacy effort and it is critical to recognize that drug-resistant TB is a key aspect of the global AMR crisis.

27 FEBRUARY 2017| The World Health Organization (WHO) published a list of antibiotic-resistant "priority pathogens". The first of its kind, this list is intended to promote research, discovery and development (R&D) of new antibiotics, as part of WHO’s efforts to address the threat of resistance to antimicrobial medicines and respond to .an urgent public health need. The hope is that this list will act as a catalyst for governments to push legislation through that would incentivize basic science and advanced R&D both in the public and private sectors.

The collection of 12 families of bacteria positioned to cause the greatest detrimental impact to human health had one glaring and controversial omission. Mycobacteria, which includes Mycobacterium tuberculosis, the cause of human tuberculosis (TB), was left off. Prepared for an obvious backlash from the TB community against this “oversight”, the authors were sure to speak to their rationale for leaving TB off the list. They contended that TB is already a globally established priority and that it is clear to the world that innovative new treatments are urgently needed.27 FEBRUARY 2017| As predicted, an immediate response of outrage and total dismay from the TB community ensues. The Stop TB Partnership stated that the list presents “significant implications for the manner in which we will fight TB and drug resistant TB as it widely acknowledged the numerous gaps in implementation, research and innovation to rapidly detect, treat, and cure persons afflicted with drug resistant TB.”

28 FEBRUARY 2017| In response, the WHO releases a press release to reiterate the urgency for R&D of new antibiotics to address growing global burden of drug-resistant tuberculosis (DR-TB). Further clarification of the scope of the document explained that the prioritization exercise targeted hitherto unrecognized antibiotic-resistant pathogens. Accordingly, the WHO stressed the imminent need for R&D for DR- TB in tandem with the newly-prioritized bacteria.

06 MARCH 2017| Despite this attempt to remedy the situation and rationalize the exclusion, the Hashtag #TBontheList is born and the Stop TB Partnerships writes an open letter to the WHO to (evidently) put #TBontheList.

13 MARCH 2017 | The question remains today of whether or not the intentional absence warrants such commotion. Is this merely a cat vs mouse game predicated on a silly battle over semantics and technicalities with no real world implications? The answer is a categorically and unequivocally resounding NO! - TB must and should be included in this list.

As the world’s most influential health agency, the WHO consistently sets the tone for health systems’ priority setting and their failure to highlight and reinforce the urgency for investment in the TB situation presents a grave disappointment. If the WHO does not prioritize research for TB as part of a collective effort against antimicrobial resistance (AMR) then there will be even less political will than there already is by policy-makers to do so. Lead by explicit demand not by implicit suggestion, we say.

“The dismal progress in the TB response is a tragedy for the millions of people suffering from this disease. To save more lives now, we must get newly recommended rapid tests, drugs and regimens to those who need them. Current actions and investments fall far short of what is needed,” said Dr Mario Raviglione, Director of the WHO Global TB Programme. “The world is finally waking up to the threat of antimicrobial resistance – now is the time to accelerate the MDR-TB response." But is the world truly waking up and will the new statement released by the WHO only hinder the little motivation TB advocates have struggled to obtain thus far?

In 2015, there were an estimated 480 000 new cases of multidrug-resistant TB (MDR-TB) and only 125 000 (20%) of these were enrolled in treatment. The global treatment success rate was a dreary 52% as of 2013. There are tremendous gaps in research; among the 5 key research areas defined in the 2011–2015 Global Plan - none of the research areas received the suggested amount of funding with drug discovery and basic science on Mycobacterium tuberculosis accounted for only 60 % of the $2 billion annual funding target. The Global Plan estimated that an investment of 65$ billion USD is needed globally within the next 5 years and of this, US$ 9 billion needed to fund R&D for new tools - including diagnosis, drugs, drug regimens and vaccines. Only then will then will the world achieve 45 million people prevented from getting TB; 29 million people treated; 10 million lives saved; US$ 1.2 trillion overall economic return on investment; US$ 85 return on each dollar invested. Despite these promising projections for the possibility of real change, support for research into new TB antibiotics is muted and declining still.

The harsh and surprising reality is that most of the drugs used for treatment of resistant strains of TB are antiquated and the need for innovation is dire. With most antibiotics used for treating TB invented before astronauts walked on the moon, health care workers and patients alike are struggling to make due with what is made available to them. Only two new TB medicines have been approved since this time. Even so, though bedaquiline and delamanid were approved in 2012 and 2014, respectively, access has been extremely restricted. Patient accounts such as the one offered by Tiong Xun Ting and other TB survivors, offer a moving testimony of a personal battle with MDR-TB and highlights the toxic and devastating nature of the treatments currently available in the uphill battle against drug-resistant TB.

Dr Ariel Pablos-Méndez, USAID’s assistant administrator for global health, has said: “The resources deployed against TB, the leading infectious killer in the world, are falling short. Everyone has a part to play in closing the gap. We need to find new resources to not only prevent this disease from shattering lives but also invest in research that will enable us to save more lives.” DR-TB should thus be a critical component of the global response to AMR. The TB community needs to build off the momentum gained by an all-inclusive response to resistance and piggyback off the attention AMR gets as a focal issue for the global health security agenda by policy makers and donor agencies. 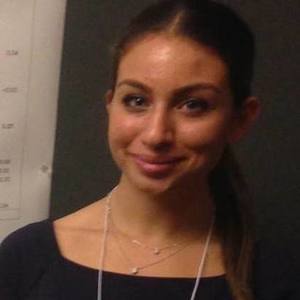 Anita Svadzian, MPH, completed her MPH in Epidemiology at Boston University, and will begin her PhD (Epidemiology) training at McGill University, Montreal, and the McGill International TB Center in September 2017. She is currently working on various projects through McGill’s agreement with UNOPS – Stop TB Partnership – TB REACH. She is extremely interested in the social determinants of health and understanding the interdisciplinary dynamics of health research. Twitter: @svadzianita
Follow

Tracking TB Vaccination Policies and Practices Through Space and Time