A community from Nature Microbiology
Contributor
Behind the paper, News and Opinion, Journal Club, Under the microscope, From the Editors, On the Road

India is promoting organic farming to save its people and agricultural soils from the adverse effects of chemicals used in agriculture. However, one of the important aspects in organic farming is soil biological health, which the Indian ‘Soil Health Cards’ are not taking into account to a considerable extent.
Shweta K. Nandanwar
Former Lab Technician - Microbiology, Harper Adams University, UK
Follow
Liked by Lalit Laxman Kharbikar and 1 other

The ambitious, tailor-made ‘Soil Health Card Scheme’ was launched by the Government of India in February 2015. Under the scheme, soil samples across the country are being analysed, for deficiency or sufficiency of macro and micro nutrients, by experts in various soil testing laboratories in the country. Thereafter, soil cards are being issued to farmers which are carrying strength and weaknesses of their soils, measures to deal with them and crop-wise recommendations of nutrients and fertilizers required for their farms. This is a commendable scheme as it aimed to help farmers to improve productivity through judicious use of inputs, especially chemical fertilizers. Under this scheme, major emphasis is given to test the chemical properties and determine the availability of plant nutrients in the soil. The parameters being tested to determine the health of any soil sample are soil pH, electrical conductivity (EC), organic carbon (OC), macronutrients viz., nitrogen (N), phosphorus (P), potassium (K), Sulphur (S) and micronutrients viz., zinc (Zn), boron (B), iron (Fe), manganese (Mn), copper (Cu). However, only general recommendations are being given for the applications of organic manures, biofertilizers and lime or gypsum with major recommendations for chemical fertilizers as the sources of N. P and K.

In recent times scientists, producers and consumers are becoming more concerned about adverse effects of chemical fertilizers both on agricultural soils as well as on health. To check these adverse effects organic farming could be one of the best solutions; however, only 0.2 % of total cultivation in India is on organic soils (FAOSTAT, 2017). But, there are some good news! As of 2010, India had achieve the status of a single largest country with highest arable cultivated land under organic management. India had also emerge as a single largest country in terms of total area under certified organic wild harvest collection (BioFach, 2010). More recently, a north eastern state, Sikkim has shifted to fully organic cultivation and the southern state, Kerala is following the same path. Other states; like, Andhra Pradesh, Himachal Pradesh, Karnataka, Madhya Pradesh, Maharashtra, Tamil Nadu and Gujarat are also very keen and have not only developed the organic farming policies but also working towards them.

Overall, India is promoting organic farming to save its people and agricultural soils from the adverse effects of chemicals used in agriculture. However, one of the important aspects in organic farming is soil biological health, which the Indian ‘Soil Health Cards’ are not taking into account to a considerable extent. In organic farming, plants take up nutrients made available in soils by the biological activity of microorganisms. Since, only organic matters are used as the sources of macro and micro nutrients for plants, soil microorganisms play a vital role in the organic farming. They decompose organic matters and release carbon and nutrients in soil required for their own growth as well as the plants. Enhanced biological activity of microorganisms is also known to help suppress diseases, pests and weeds.

The decomposition of organic matters and release of carbon and nutrients by soil microorganisms appears very simple. However, it’s a complex process and depends on the size of microbial community (e.g., biomass and numbers), bulk activities (respiration, enzyme activities), community composition and presence of subsets of microbes and their activity potentials in the soil. If a conventional farmer wants to switch over to an organic farming he or she should know, whether his or her soil biological health is fit for the conversion of organic matters into plant nutrients. Therefore, the Indian ‘Soil Health Cards’ should also consider addressing the soil biological health parameters. At least, the soil microbial biomass carbon and enzymatic activities such as, dehydrogenase, alkaline phosphatase, etc., should be taken in to account. After all, the ‘Soil Health Cards’ are meant to help farmers in improving the productivity of their soils irrespective of farming systems!
Shweta K. Nandanwar
Former Lab Technician - Microbiology, Harper Adams University, UK
Follow 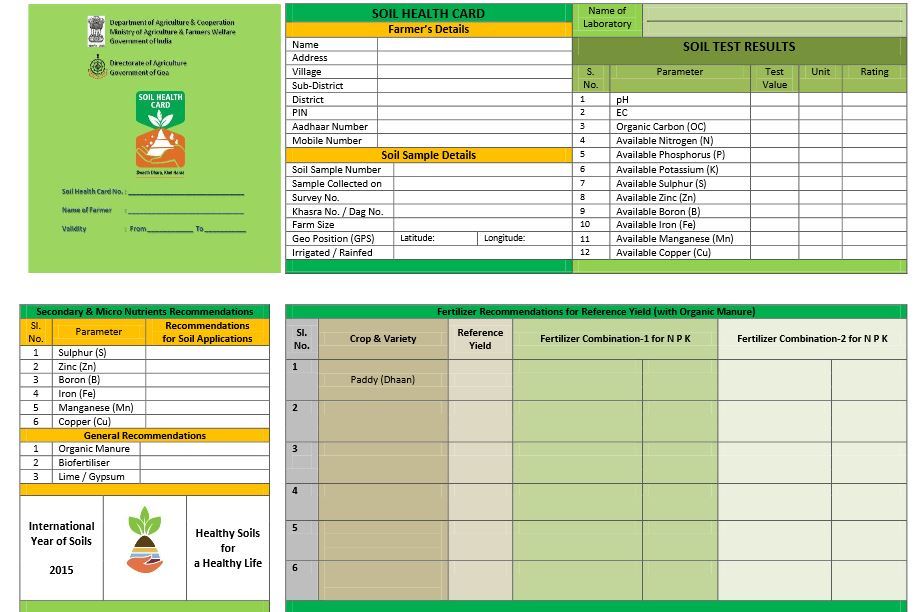 India is promoting organic farming to save its people and agricultural soils from the adverse effects of chemicals used in agriculture. However, one of the important aspects in organic farming is soil biological health, which the Indian ‘Soil Health Cards’ are not taking into account to a considerable extent.