​Do you research archaea? Then, you know the face of the big public when you explain what you study. This article might help you to change confused faces to affirmative ones.
Rafael Laso-Pérez
Postdoctoral researcher, National Museum of Natural Sciences - CSIC
Follow
Like Liked by Claudio Nunes-Alves and 7 others
0
As a microbiologist studying Archaea, one of the biggest challenges to explain my research relies on the start. Once I begin saying: “I study an archaeon, which…”, I see faces expressing: “What the hell is this guy saying?”. At this moment, I realized my audience does not know what Archaea are and I tried to start from the beginning.

After many attempts, lots of trial and error, I’ve perfected my pitch. Here are a few tricks I’ve picked up along the way to explain this complicated concept:

Archaea are one of three big branches of the tree of life (the other are Bacteria and Eukarya, to the last one we belong to). We all know the genealogical tree: you come from your parents, they from your grandparents and so on. Imagine that you go further and further: the cousin branch of the humans are the apes and if you continue zooming out you will finish with three big branches. Archaea is one of them. The other two are Bacteria and Eukarya, being Eukarya the group that includes animals, plants and fungi. Although named since the 90s, they are mostly unknown for the public since they are easily confused with Bacteria. However, they are different organisms with many important roles in the environment.

Archaea were firstly classified as Bacteria. Why? Because they have some similarities like being unicellular microorganisms. Moreover, they have a similar morphology. Bacteria and archaea are prokaryotes, which means that they are formed by a membrane surrounding a liquid space, without more compartmentation. Opposite to that Eukaryotes divide their liquid space in different “small organs” called organelles like the nucleus or the mitochondria. Additionally like bacteria they have much wider kind of metabolism or “ways of eating”. Eukaryotes can only live with oxygen, while within bacteria and archaea there are organisms able to live using oxygen and much more substances. Therefore, bacteria and archaea can be found in almost every environment of the Earth.

Nevertheless, Archaea have some differences with Bacteria. Some archaea have membranes with more stable components (called glycerol-ether lipids) which help them to survive in extreme environments. Actually, when they were firstly studied, it was thought that they were restricted to this kind of environments. In addition, Archaea are the only known organism able to produce methane, which has been proposed to be one of the first metabolisms in Earth history.

Another difference is that they have a DNA management system more similar to Eukarya. Therefore, it has been proposed that Eukarya are actually coming from the union of the DNA of an Archaea in the membrane of a Bacteria. That means that most of us are missing who is our great-great-great…..-grandmother!!!!

Therefore, next time you hear about Archaea, do not think like a stranger but as your oldest ancestor. 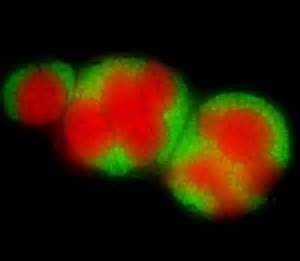 ​Do you research archaea? Then, you know the face of the big public when you explain what you study. This article might help you to change confused faces to affirmative ones.