Plasmodium parasites, the causative agents of malaria, replicate inside red blood cells in a unique way known as schizogony. The blood stage of infection is responsible for malaria pathology, which can rapidly cause death. In a screen for regulators of schizogony, we have identified a Plasmodium-specific kinase PfCRK4 as a key regulator of the continuous rounds of DNA replication in the schizont stage. The protein is a unique kinase that is active for about half the time the parasite is within the red blood cell, and we also found that it is required for transmission to the mosquito. These are great features that favor PfCRK4 being a target for drug development that would be effective both at killing the parasite within sick individuals, as well as preventing transmission of the parasite between people.

Cells usually multiply by duplicating their genome and divide themselves into two daughter cells. Yet, in some organisms cellular multiplication follows distinct, somewhat bizarre routes. One of them is the malaria parasite, which remains a major scourge of humanity.

Malaria parasites replicate in a peculiar way that is reflected in the genus name. In 1885 Italian physicians Celli and Marchiafava proposed the genus name Plasmodium for malaria parasites, as the parasites reminded them of a plasmodium, ‘a form within the life cycle of some simple organisms such as slime moulds, typically consisting of a mass of protoplasm containing many nuclei’ (Oxford Dictionary). Indeed, inside erythrocytes the parasites form a multinucleated cell before daughter cell are assembled.

An unusual feature of Plasmodium replication, known as schizogony, is the number of nuclei and, hence, daughter cells they produce during one round of intracellular replication. Parasites with 20 nuclei can be readily found. Divergence from a geometric expansion, which would lead to 2, 4, 8,16, or 32 daughter cells, is accompanied by asynchronous replication. This suggests that nuclei control their own replication until a global mechanism takes over and co-ordinates the final round of nuclear division with daughter cell formation. This is in striking contrast with nuclear division in other multinucleated cells, such as the early Drosophila embryo, where nuclei follow a geometric expansion, as their division is relatively synchronous.

To gain insight into the regulators of Plasmodium falciparum schizogony, we conducted a forward genetic screen for the conditional protein expression of all protein kinases expressed during schizogony and identified PfCRK4 as essential for proliferation. PfCRK4 is related to cyclin-dependent kinases but lacks clearly identifiable homologues in organisms outside the Plasmodium genus. When PfCRK4 was depleted, DNA replication was profoundly inhibited, and it was found to be required for the first as well as successive rounds of replication. Loss of PfCRK4 function also impaired transmission within the mosquito vector.

Using quantitative phosphoproteomics, we found that PfCRK4 depletion led to reduced phosphorylation of proteins involved in DNA replication, histone modification, and gene transcription. Strikingly, this included six of the seven Plasmodium homologues of replication factors that were identified by Yeeles et al. 2015 as critical factors required for the reconstitution of eukaryotic DNA replication in vitro. This work also serves as a starting point to gain a better understanding of Plasmodium replication biology, as most of the PfCRK4-regulated proteins are uncharacterized.

PfCRK4 appears to be quite a divergent protein kinase. We found that it is critical at different stages of the parasite life cycle, and for a relatively long time portion of the blood-stage cycle. All of these features suggest that it could prove to be an excellent candidate for drug development. 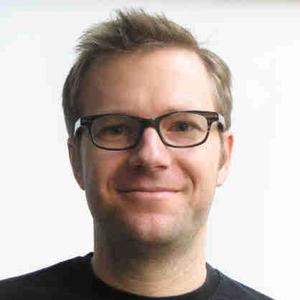