A community from Nature Microbiology
Editor
On the Road

I was happily enjoying a long holiday in Rio de Janeiro, Brazil, and had totally forgotten about publishing, viruses, or online communities. That was until I got the ferry from Araribóia in Niterói across Guanabara Bay to the beautiful city of Rio and spotted this poster plastered across the closed doors of the ferry terminal. 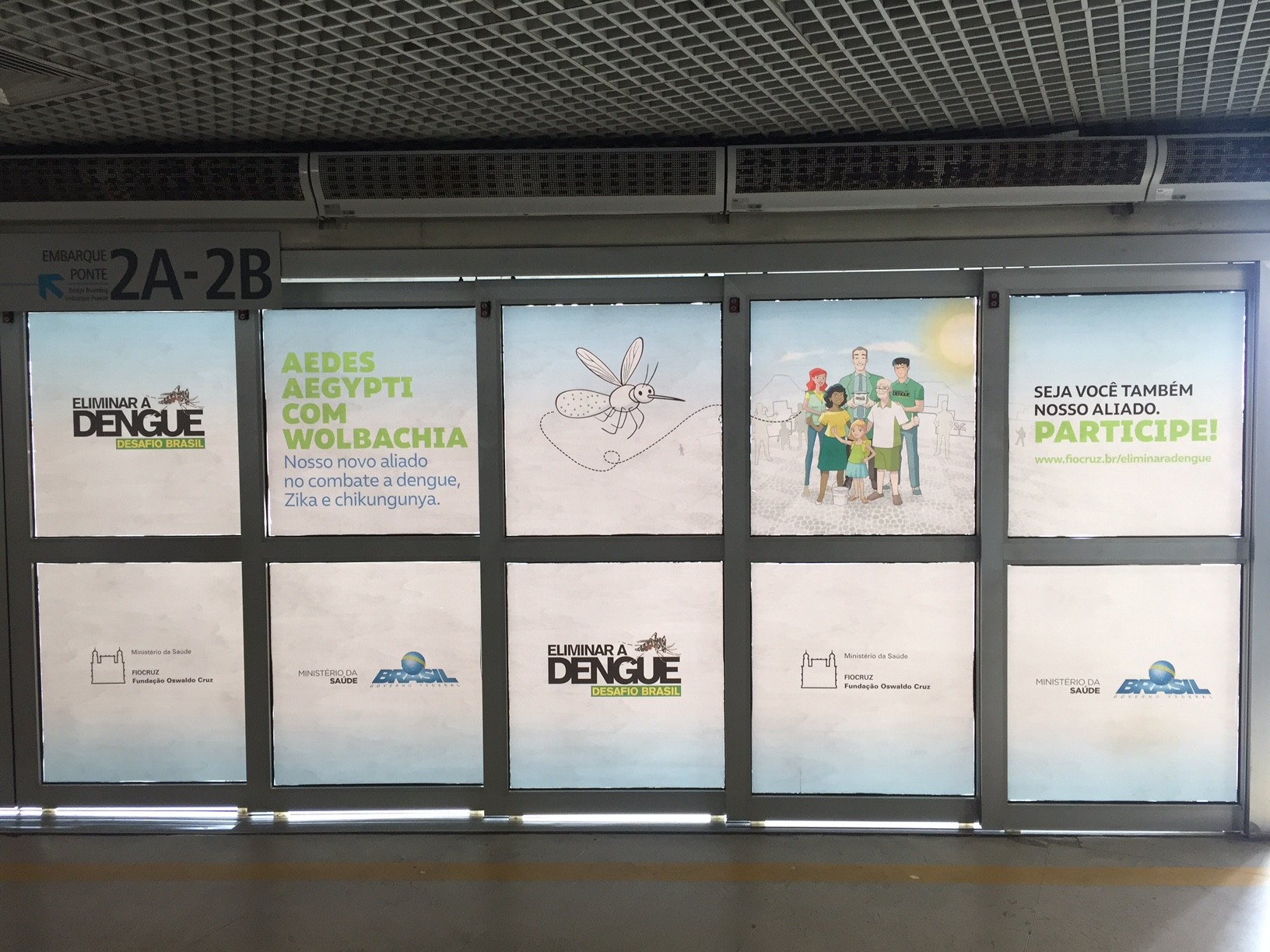 Even with my limited (although now much improved) Portuguese, I could make out the words "Dengue", "Wolbachia" and "Aedes aegypti". I then spotted the familiar logo of Fundação Oswaldo Cruz, known as Fiocruz, Brazil's top health institute, with historic headquarters in Rio and labs across Brazil.

A bit of further research led me to the work of Luciano Moreira at Fiocruz, who is leading a project to release Wolbachia-infected Aedes aegypti in three suburbs of Rio and one in Niterói, Rio's neighbouring city across the bay. The goal is that by infecting the mosquitoes with Wolbachia, they can no longer transit the numerous viruses that plague the area: primarily dengue, zika and chikungunya.

Wolbachia, a bacteria that naturally exists in some insects, is a very well studied and exciting form of biological control that is being tested in various cities across the world. Public engagement is key and so the researchers have met regularly with local residents to talk about any fears that they have and to educate them about the viruses, the mosquito and the bacteria they are releasing. Hence the posters in the ferry terminal.

From my random sampling of friends and family in Niterói, many had heard of the project and of Wolbachia, so my entirely unscientific analysis suggests that the public engagement is working.

More information about the project is on the Eliminate Dengue website (in Portuguese - but google translate does an adequate job) and a list of their publications is also online, including a recent paper in Cell Host & Microbe showing that that Wolbachia infected Aedes aegypti are resistant to Zika virus infection.

I trained as a virologist, starting with an undergraduate degree in virology from the University of Warwick, UK. My PhD, in influenza virus genetics and immunoevasion, was from Public Health England and the University of Reading, UK, with Maria Zambon and Wendy Barclay. My research interests then moved to smallpox vaccines, viral ion channels and cell adhesion, while a postdoc at Imperial College London with Geoffrey Smith, FRS. I then joined open-access publisher BioMed Central in 2011 as an editor and then associate publisher and was Head of Communities & Engagement at Springer Nature from 2016, running the Nature Research Communities and other online engagement activities for researchers. I joined Nature Medicine in 2021, with responsibility for news and opinion content, and am based in the London office.
Follow